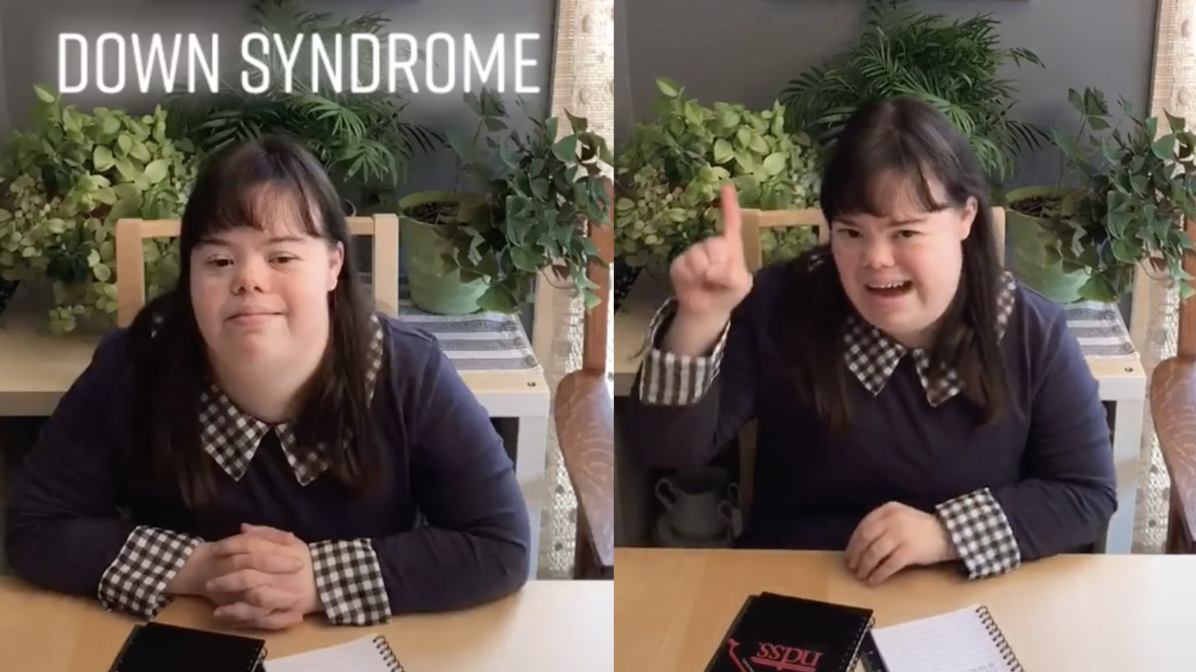 Woodward is a woman with Down’s syndrome. She also works as a community outreach associate for the National Down Syndrome Society (NDSS).

So, as she explained to In The Know, the issues she discussed in her now-viral video were “very personal.” The clip, created by NDSS and shared on their TikTok account, details the institutional discrimination people with Down’s syndrome face throughout their lives.

“Things about Down syndrome that just don’t make sense,” Woodward says at the start of the clip.

She then goes on to give several examples. The first of them: to be paid below the minimum wage. According to the Ministry of Labor, it is currently legal to pay people less than the minimum wage if their “productive capacity is impaired by physical or mental disability”.

Another problem? Penalties for marriage. As Woodward points out in the clip, people with Down syndrome may lose their eligibility for government benefits (like Medicaid) if they have a spouse.

Ashley Helsing, director of government relations for NDSS, told In The Know that these benefits are “very important” for health care and other supports.

“People who depend on these benefits must choose between marrying the person they love … and most likely losing their benefits because of it,” she added.

This fact seemed to shock TikTok users in particular. Woodward’s video, which now has more than 2.8 million views, drew hundreds of comments reacting to the “appalling” news.

â€œI didn’t know any of this. Thanks for raising awareness, â€wrote one commenter.

Helsing said she wasn’t surprised at how many people were unaware of the issues in the clip. For her, that’s why the video was so successful.

“We really started [our] TikTok to educate people on these very important issues that they may not know about, â€she told In The Know. “I think that’s one of the reasons Charlotte’s video was so successful because it’s issues that people aren’t aware of.”

Woodward, meanwhile, said the experience of going viral was “mind-boggling.” Most importantly, she saw TikTok as an opportunity to describe the difficulties she had had in her own life.

For example, she said she wants to get married someday, which could mean a tough decision about her benefits. Additionally, she received an organ transplant, a procedure that NDSS says may be difficult for people with Down syndrome.

â€œI was one of the lucky few,â€ she told In The Know. “Too often, people with Down’s syndrome who need an organ transplant do not have this option.”

Helsing said she believes the video is having an impact. She told In The Know that the NDSS was “thrilled” with the response, with countless TikTok users contacting directly and asking how they can help.

“This is the best possible result,” she told In The Know.

If you want to learn more about the issues in Woodward’s video, check out the NDSS legislative priorities page.

More from In The Know:

The Woman with Down post describes discrimination in the mighty TikTok that first appeared on In The Know.

Lessons when saving on mutual funds