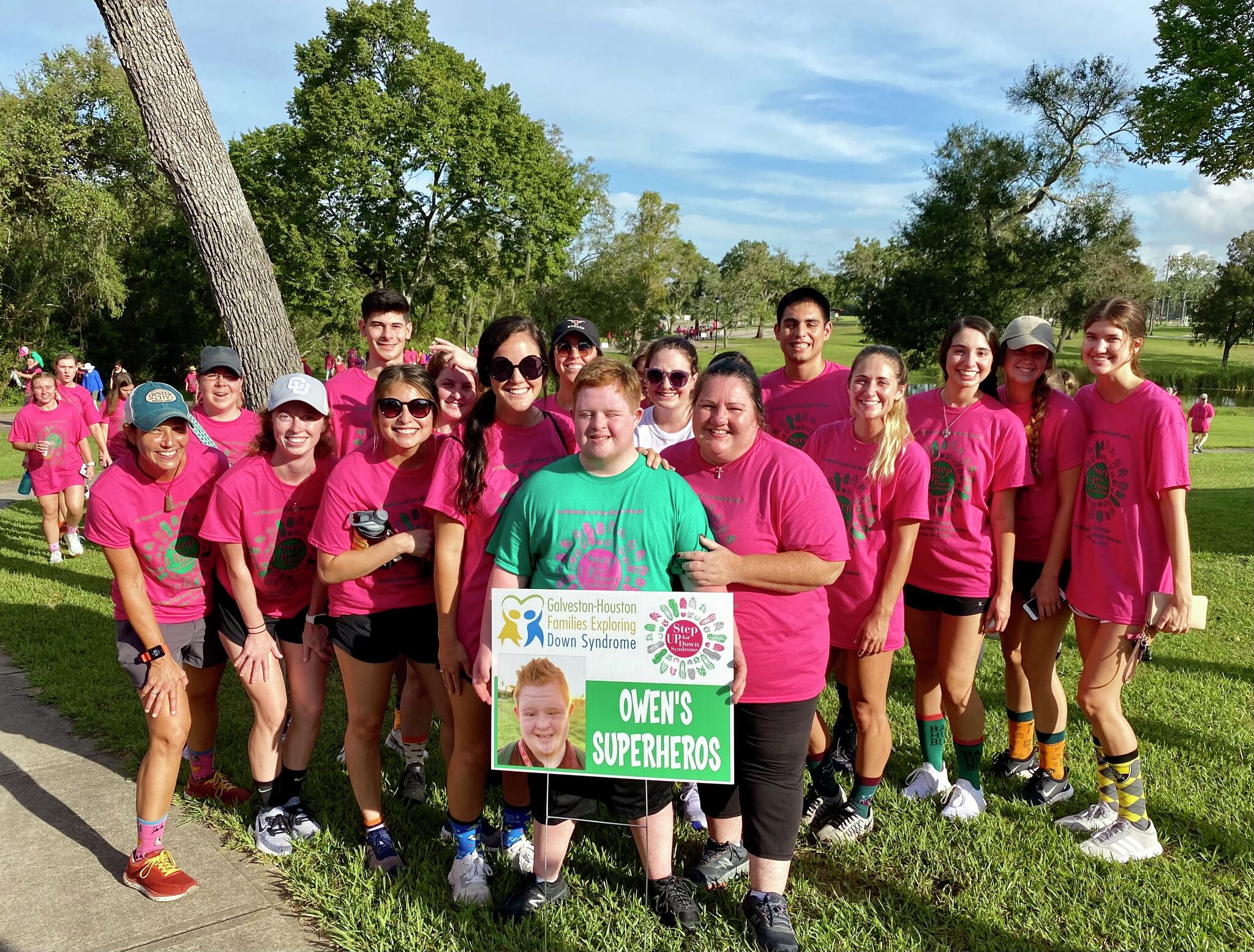 A group of 250 Bay Area residents who find common ground in having family members with Down syndrome hope to raise awareness and funds for their programs with the 13th annual Step Up for Down walk on 8 October at League City.

The president of the nonprofit Galveston-Houston Families Exploring Down Syndrome (GHFEDS), Jennifer Vincent de La Porte, said she was initially devastated when she received the prenatal diagnosis that her daughter, Alexandra, 26, had both Down syndrome and a congenital heart. default. However, she grew to embrace her daughter as a great blessing.

“I have an amazing life because of her,” Vincent said. “I’ve met so many amazing people and I’m able to meet and connect with people from so many different backgrounds.

“Did I grieve? Absolutely,” she said of when she was diagnosed with her child. “The fact that she wasn’t going to be a neurotypical child was devastating, but none of us are perfect. God gave us this child and she’s just as lovable as any other.

The walk will take place from 9 a.m. to noon in Walter Hall Park at 807 Texas 3 North along Clear Creek. Walkers can register on the day of the event, says Vincent. The best teams will be rewarded.

The group’s goal is to raise $45,000 for purposes including educational meetings, social activities, a summer program, scholarships and outreach, Vincent said.

The event will feature free activities including rock climbing, inflatable rides, a clown and face painting. Also planned are a trackless train, an ice cream truck, cheerleaders and “Star Wars” characters. Snacks, water, popcorn and cotton candy will be available.

Another GHFEDS member, Lisa Owen from Galveston, overcame the shock of the first news that her son had Down syndrome.

“I knew it in utero. I learned very early, around 12 weeks, and it was devastating because I didn’t know about Down syndrome,” she said. “The unknown was scary and depressing, but my life is blessed.”

She said she was grateful for every day spent with her son, Owen Rawls, who recently turned 17.

Likewise, Owen said, his daughter, Sydney Rawls, 19, has been a big help with her brother.

“She’s co-parenting with me,” said Owen, a single mom who owns a Kemah business. “Sydney stepped up from the start. Owen has always been very active and very independent; he would see something and walk away and run away. So Sydney would catch up with him. Owen was a bit non-verbal when he was younger; so that Sydney communicates for him. She is a godsend.

Owen’s son was 3 when they joined GHFEDS, which serves the area including South Houston, Pearland, Pasadena, League City and Galveston.

The group’s mission, according to its website at ghfeds.org, is to “provide support and resources for people with Down syndrome and their families and to promote awareness, understanding and inclusion in their communities”.

Snacks, water, popcorn and cotton candy will be available at the walk.

“We will have vendor tables, a performance by Special String athletes, a DJ and a dance floor,” Vincent said.