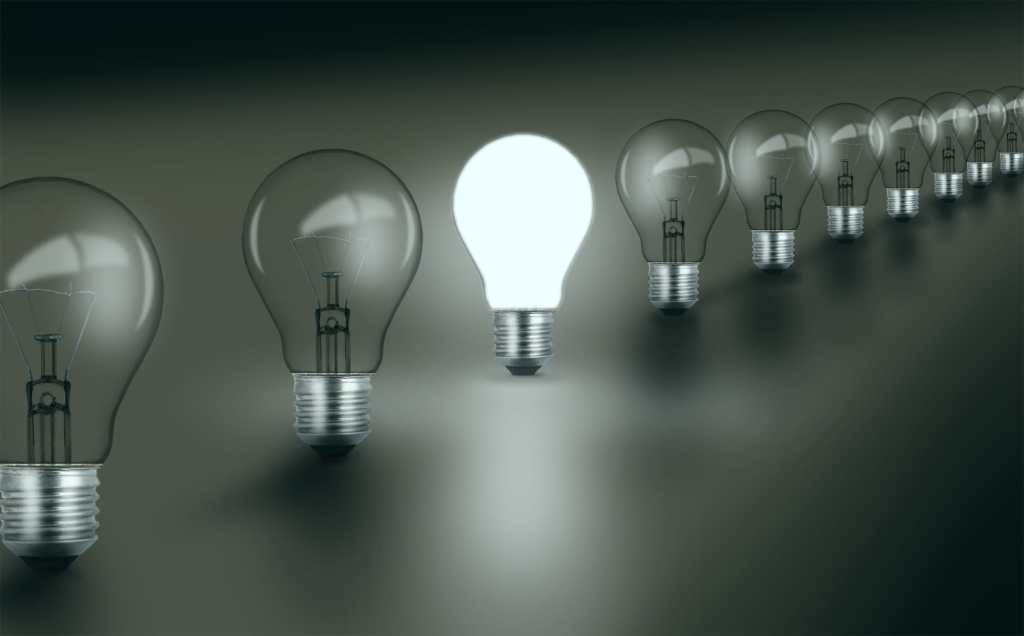 Times and bulbs they are changing – timesherald

I knew when I was pregnant with him that Matthew would be born with an extra chromosome, which resulted in a diagnosis of Down syndrome.

I was prepared for more obstacles that we would face, both in his birth and throughout his life. I was ready to take things a little slower this time around. With the older two, it seemed like I was always hitting the next milestone, looking for the next box I could tick. So with this little guy, I was prepared and happy to savor every step, to live life with him, rather than rushing around.

I was ready to take that extra step to make sure he reached his potential. And I was determined not to let Down syndrome define my son. I was prepared to make sure that didn’t happen.

Heck, I was prepared for a lot of things.

I was unprepared for Matthew’s extraordinary and often frightening / bizarre / unsettling ability to read minds / situations / changes. If that last sentence sounded like a panicked stream of consciousness, it was. Just thinking about it, my palms are sweating right now as I type.

I learned early on that my son hates change. Part of it comes from me, part of it because of that extra chromosome. And with Matthew, that double stroke of genetics is a deadly combination.

Matthew’s adversity to change reached legendary status. And that scares the bravest (actually, just in me and my older kids Kaitlyn and Tommy).

The first time I realized how unfavorable he is to change was when the bulb in his bedroom blew out. But first, let me set the scene.

Since his father’s death, Matthew has insisted on sleeping with his TV on, as well as the light on his bedside table and on his desk. Sure, the light bulbs are only 40 watts, but damn it, it’s still as beautiful as daylight in his room. The only light he doesn’t need is his ceiling light. Peco loves us.

So one night the light bulb goes out. Since I’m always ready (see above), I have 40 watt bulbs on hand. Don’t worry, I told him, I’ll just change the bulb.

And that’s when my crash course on â€œMatthew’s Adversity to Change Even with Light Bulbsâ€ began, which would then be followed by the revelation that Matthew has a sixth sense to go with that extra chromosome.

At first I thought Matthew was falling apart because he thought we had lost power. About 5 years ago, we lost power for 4 days during a snowstorm. Matthew was small, but he remembered it – so much so that every time he saw (saw) a Peco truck he was afraid (s) that a breakdown was in progress.

It took us most of the night to convince Matthew that the new bulb was a necessary evil if he wanted his room to be lit like Fenway Park for a night time game. By the time the collapse was over, he still wasn’t happy with the new bulb, but he somehow accepted that he would have to adjust if he wanted his room to be bright and cheerful. That night, I slept with one ear and one eye open, convinced my youngest would need another pep talk. But exhaustion, thank God, got the better of him (and me).

But make no mistake, that night I made a mental note to do a monthly bulb inspection when he was not at home – I will be changing the bulbs regularly to avoid this type of meltdown again. Damn, I thought, patting myself mentally on the back, I’m the smartest mom in the worldâ€¦.

And then it happened. About two weeks later, I inspected the bulbs, noticed one of them was taking on a darker shade, and quickly replaced it with a new one. Again patting my backâ€¦ now I don’t have to worry about it coming out in the middle of the night.

The only thing I didn’t take into account was Matthew’s sixth sense.

As soon as I turned on the light, he asked me about it. Not thinking this was a big deal, I proudly explained my proactive (genius) actions and expected my son to thank me since I prevented a blackout in his room.

Instead, he kept saying â€œNo, no. Switch. Switch. Bad dreams. â€Full Disclosure: Sure, Matthew usually speaks in full sentences, but when he panics his vocabulary is reduced to single syllable words.

Ugh. I was not prepared (see above, and laugh) for this reaction. So we spent another night talking to him about the lifespan of light bulbs and the strength of electricity.

Meanwhile, I was making another note. Never admit to having changed the bulb.

So, a few more weeks pass, I do my regular inspection and decide to turn off the bulbs. And now my palms are sweating. I go to my stock of bulbs and I have no more round, clear 40 watt bulbs. So I run to the store and the only 40 watt round bulbs are white. Or, I could get 40 watt clear bulbs, but they are shaped like typical bulbs. I buy both.

I put the transparent bulbs in the shape of a bulb. The shape was different from the ones I replaced, but that was the only difference.

Who knew this type of bulb cast a different shadow – I certainly didn’t. But then Matthew taught me the art of shadow casting.

He knew immediately that I had changed the bulbs and changed them for something different. Dear Lord, I thought. How long will this nightmare last? I first denied (yes, I know I shouldn’t lie to my kid, but desperate times call for desperate action). But, he knew I was lying. I gave up my soul and admitted my sin. I told him I would put in the old bulbs. But I put the white bulbs in the correct shape (without him seeing me do that). No, he said. The light is not good. He said, the light coming out is different. So I found the old bulbs and put them in (at least I was smart enough not to throw them away).

The next day I went to 3 different stores until I found the exact type of bulb that was currently in its lights. I bought a year of reserve and hid them in my room. I then made my best Matrix impression and slowly, methodically, being careful not to touch or displace the actual light, I changed the bulbs. It took me about 20 minutes to change two bulbs. Time well spent, I thought. There was no way Matthew would know.

So, it should be noted that at this stage, changing the bulb without being detected had become a matter of pride. Somehow, I likened Matthew’s ability to squeeze in that little action to Game 7 of the World Series. It was so important.

Guess who won the seventh game? It was not me.

After proudly completing the covert operation with Tom Cruise’s stealth and dexterity in Mission Impossible, I texted Kaitlyn, told her my “secret” and reminded her that this was information. classified and that she was not to breathe a word about the new bulbs after walking around the house.

Matthew and I walked into his room and smuggled the lights on (inside I wouldn’t betray myself with facial expressions). And then it happenedâ€¦.

He looked at me with his accusing blue eyes and said, â€œYou changed the light bulbs. It was a statement, not a question. I wanted to scream. Seriously. But I kept my cool, and assured her with all the confidence in the world that I certainly had not changed her light bulbs. This time, I thought, I was engaging in this lie. I’m going to go to confession, but I won’t give in this time. And I held on.

Meanwhile, Kaitlyn and Tommy (who had now been made aware of the covert operation) stood behind Matthew, visibly stunned (their jaws dropped and their mouths open) that Matthew had detected these new blisters.

I have since resigned myself to the fact that my kids and I will be better off if, instead of focusing on covert ops, I commit to teaching my son how to accept and adapt to change. I have to teach him that things that are beyond our control can happen, and it’s up to us to figure out how to go with those changes. There are certain things in life that we simply have no control over, like the lifespan of light bulbs, and it’s up to us to get by.

Matthew is intuitive enough to understand that what I’m trying to teach him about embracing change and finding a way to embrace those changes will help him in the long run.

I’m also trying to teach him that using his â€œsixth senseâ€ to help me fill out a Powerball ticket will help him in the long run as well.

Cheryl Kehoe Rodgers is a content writer for The Times Herald. Email him at [email protected]

Types of AML: classification and identification