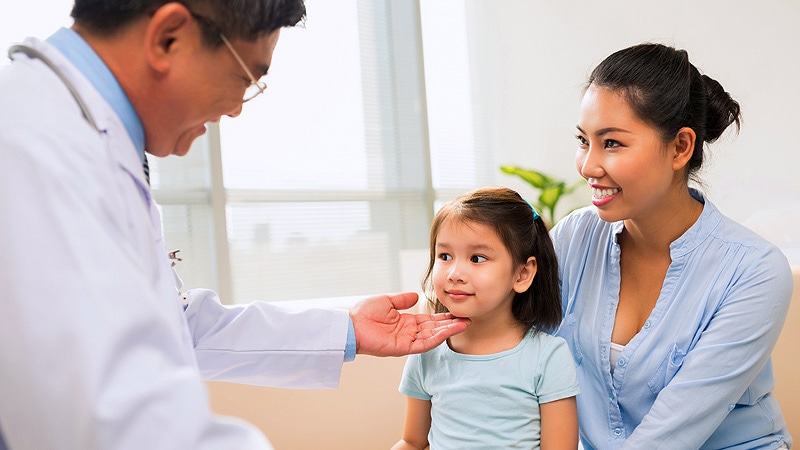 Jennifer Kalish, MD, PhD, responds to up to 10 inquiries per month from pediatricians who spot an unusual feature during a clinical exam and wonder if they should refer the family to a geneticist.

“There are hundreds of rare diseases, and for a pediatrician they can be difficult to recognize,” Kalish said. “That’s why we’re here as geneticists – to partner up so we can help.”

Pediatricians play a key role in spotting signs of rare genetic conditions, but may need guidance in recognizing more subtle presentations of a disorder, according to Kalish, a geneticist and director of the Beckwith-Wiedemann Syndrome Clinic at the University. Children’s Hospital of Philadelphia, who spoke today at the American Academy of Pediatrics National Conference & Exhibition in Anaheim, Calif.

Pediatricians can struggle to decide whether to make a recommendation, in part because genetic syndromes “don’t always look like the textbook,” she said.

With many conditions, “we are beginning to understand that there really is a spectrum of how one can be affected or less affected”, through genetic and epigenetic changes, which has led to the recognition that many cases are more subtle and harder to diagnose, she said.

Beckwith-Wiedemann syndrome is a prime example. The proliferative disorder affects approximately 1 in 10,340 infants and is associated with an increased risk of Wilms tumors, a form of kidney cancer, and hepatoblastomas. Children diagnosed with these conditions usually undergo frequent screenings for tumors in order to start treatment.

Some researchers believe that Beckwith-Wiedemann syndrome is underdiagnosed because it can present in different ways due to variations in the distribution of affected cells in the body, known as mosaicism.

Diagnostic advances have also taken place for other syndromes. For example, the researchers created a scoring system for Russell-Silver syndrome, a less common disorder characterized by slow growth before and after birth, in which mosaicism is also present.

Early diagnosis and intervention of Russell-Silver Syndrome can ensure that patients grow to their fullest potential and resolve issues such as feeding issues.

While tools are available, Kalish said pediatricians don’t need to make a diagnosis and can instead refer patients to a geneticist after recognizing clinical features that suggest a genetic etiology.

For pediatricians, the process of deciding whether or not to refer a patient to a geneticist may involve ruling out non-genetic causes, considering patient and family history, and ultimately deciding whether there is a “compilation of characteristics” which does not correspond to the norm, she said. Unfortunately, she added, there’s “no simple list that I could just hand out and say, ‘If you see these things, call me.'”

Kalish said pediatricians should be aware that two children with similar characteristics may have different syndromes. She presented case studies of two infants, both of whom had enlarged tongues and older mothers.

One child had features that indicated Beckwith-Wiedemann syndrome: conception with in vitro fertilization, length in the 98th percentile, long umbilical cord, nevus simplex birthmarks, and lip and leg asymmetry.

The other baby had features aligned with Down syndrome: a heart murmur, upward slanting eyes, and a single crease on the palm.

In some cases, isolated characteristics such as the shape, slant or spacing of the eyes, or the presence of creases on the ears may simply be family or hereditary traits, Kalish said.

She noted that “there has been a lot of work in genetics over the past few years to show what the syndromes look like” in various populations. The American Journal of Medical Genetics Part A published a series of reports on the subject.

Kalish did not report any relevant financial relationships.

Mary Chris Jaklevic is a medical journalist in the Midwest.