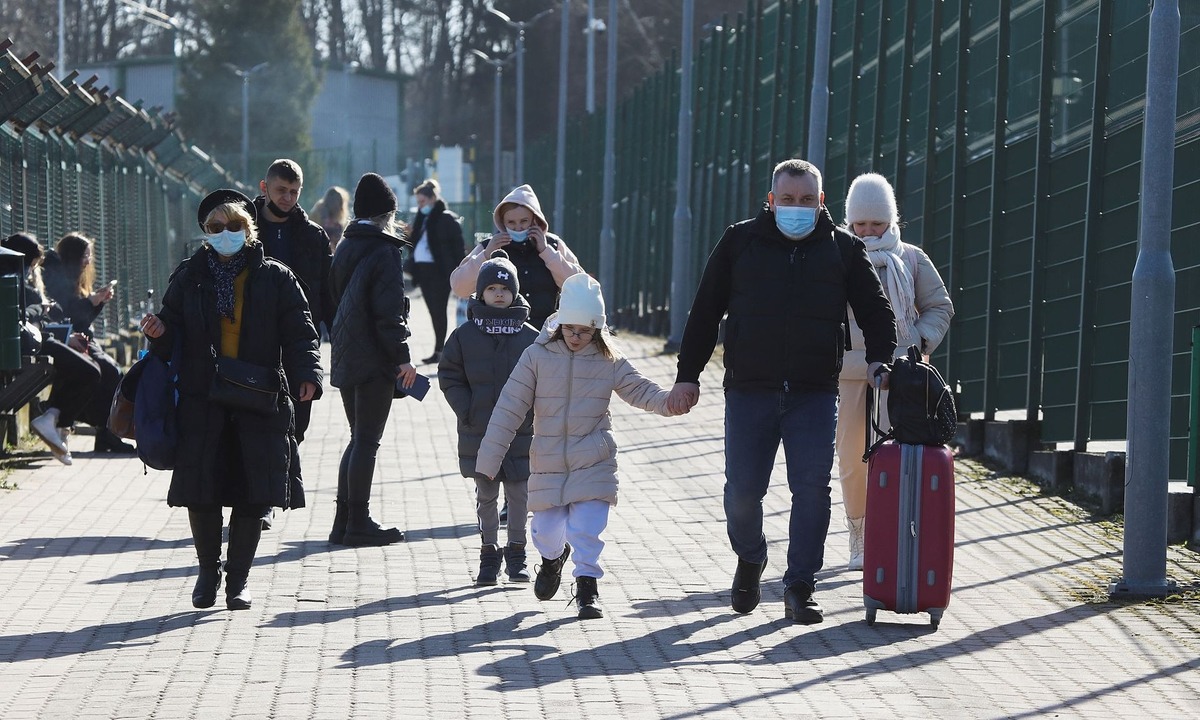 The Ukrainian people do not deserve war – no one deserves it

I was a traveler and a journalist. It was summer and I spent a month prancing around the streets of Ukraine. A decade has passed, but I can imagine those days like it was yesterday.

When I left, what I missed most were the people. I missed the young people who dreamed of a better life. I missed the old people who spent the rest of their days gracefully and with the meager pensions they had. I missed the shop owners on the street and the protesters waving banners in the squares. I missed the taxi drivers, the kids with Down syndrome. I regretted the way people lived their lives with love and dignity. Part of the mosaic of Ukrainian life, they were all very beautiful.

Most of the Vietnamese I met back then in Ukraine were working poor. One, who lived in Kyiv, said the Vietnamese community there is generally poorer than those living in other Eastern European countries. Constant political instability has always been a major obstacle to growth and development.

They took on any job big or small to get by, from selling things in the markets of Kyiv, Odessa and Donetsk to fixing utilities and doing mechanical work for anyone in need. They came from all over Vietnam: Ha Tinh, Thanh Hoa, Hanoi, Cao Bang… And if you ever had the opportunity to go to regions with a high density of Vietnamese population, such as the Barabasova market in Kharkov, you would feel at home.

I rented an apartment owned by Hoa, a Vietnamese who studied in Ukraine and met his wife there. He worked as a driver, tour guide, landlord and also did immigration paperwork for his countrymen. He died a few years ago of an illness.

I knew a teacher named Yen at Primary School 251 in Kyiv. She taught Vietnamese to about thirty Vietnamese immigrant children, all born in Kiev. But her main business was running a small clothing store in a suburban market.

I once stayed in a Vietnamese family’s house in Donetsk, about 800 km from Kiev. They were as hospitable as they could be, always asking reporters if we needed anything or if we had slept well. This place has become a battlefield since 2014; their apartment was right in the middle of it. They then moved to Odessa. I met a relative once after that in Hanoi, and apparently his family was fine.

Likewise, I also heard that Yen returned to Hanoi after business failed.

I lost contact with many people there over the years. I suspect their lives aren’t easy either, especially with everything Ukraine is going through right now.

War has taken hold in eastern Ukraine over the past eight years, killing more than 14,000 people and sending families on the run in fear for their lives. I wonder how many Vietnamese families are also running at the moment.

We don’t know how long this bloodbath will last, or how far it will go. I don’t know how much suffering Ukraine, a country whose economy has struggled for years and where the wealth gap between rich and poor has grown steadily, will have to endure.

I remember a concert in Maidan Nezalezhnosti, where the historic revolution of dignity happened two years later. Tens of thousands of young people from Kiev stood there in the night, listening to Elton John and Adam Lambert. It was a very different picture from what older generations of Ukrainians had seen, who yearn for a glorious past of the USSR that is gone forever.

Ukraine has seen enough violence. Although there are differences that are difficult to reconcile between the various parties to this conflict, these must not lead to violence – neither in Ukraine nor anywhere in the world.

I can only hope and pray that peace will return to Ukraine once again. I pray for his people, including many Vietnamese in Kiev, Donetsk and other areas.

*Truong Anh Ngoc is a Vietnamese journalist in Hanoi. The opinions expressed are his own.

Tips from the editors of POPSUGAR for coping with anxiety symptoms