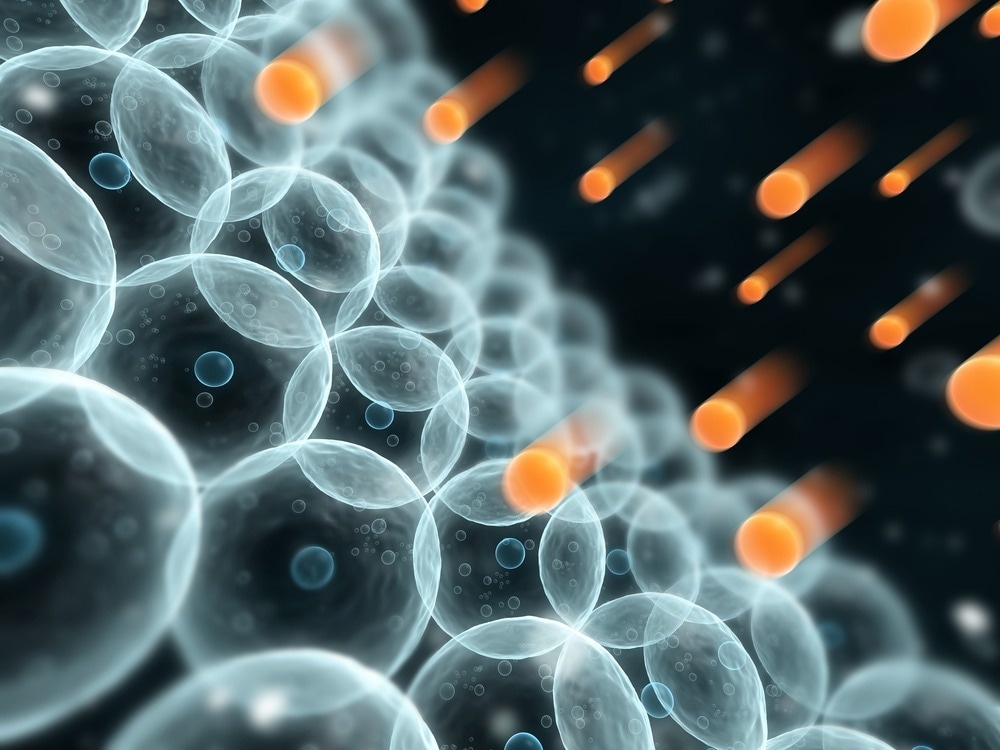 Children born with various syndromes caused by genetic or acquired factors have been the subject of many clinical and research studies. It is important both to understand the underlying mechanism and to improve the condition when possible.

A recent Antioxidants review focuses on the role of oxidative stress in genetic conditions such as trisomy 21 (Down syndrome, DS), Marfan syndrome (MFS) and fetal alcohol spectrum disorder (FASD). This information has the potential to support the development of more specific and effective preventive and/or therapeutic strategies in the future.

Oxidative stress refers to the state in which antioxidant activity is unable to buffer the activity of oxidative species in the body. This is largely due to the overproduction of oxidizing species, including radical oxygen species (ROS); however, it could also occur due to low levels of ROS.

ROS are involved in a multitude of useful functions, including the destruction of pathogens during inflammatory responses or the regulation of cardiovascular function and protein activation. However, when insufficiently regulated by cellular antioxidants, ROS can cause tissue damage and organ dysfunction.

ROS include superoxide (O2–), hydroxyl (OH–), and hydrogen peroxide (H2O2). O2– is the most stable and primary ROS from which the other two derive. The most damaging ROS is OH–because it is capable of damaging DNA, proteins, lipids and carbohydrates.

Superoxide anions are produced in the mitochondria by a misstep in the electron transport chain (ETC) which is responsible for the formation of the high energy molecule adenosine triphosphate (ATP).

O2 production– during this process is more likely when the cell produces excess ATP, with subsequent reduction in ETC activity, or with stress-induced uncoupling of parts of ETC. ROS can also come from smoking, exposure to ozone or ionizing radiation, ultraviolet rays and certain heavy metals.

The effects of ROS production include DNA breaks and other types of damage that can lead to cancer, accelerated aging, neurodegenerative diseases, autoimmune diseases, or cardiovascular disease. Epigenetic changes that impair DNA repair can also occur.

Antioxidants belong to enzymatic and non-enzymatic groups. Enzymatic antioxidants include superoxide dismutase (SOD) in mitochondria, superoxide ion reduction, catalases, glutathione peroxidase (GTPx), and glutathione transferase (GST), among others. GTPx is well known for its action in the detoxification of lipid peroxides and the decomposition of H2O2 into two water molecules.

Non-enzymatic antioxidants include vitamin E or alfa-tocoferol, carotenoids, and vitamin C, which associates with vitamin E, resveratrol, and other plant polyphenols.

FASD refers to a range of cognitive and behavioral abnormalities in newborns related to maternal alcohol use during pregnancy. Fetal Alcohol Syndrome (FAS) is the leading cause of mental retardation worldwide and the leading cause of preventable neurodevelopmental abnormalities. Accordingly, alcohol in any dose is completely prohibited during pregnancy, pending the establishment of a minimum of security.

The mechanism of damage in FASD is oxidative stress on the developing hippocampus that is triggered by alcohol. This is mediated by the inability of the fetus to effectively metabolize more than half of the alcohol ingested by the mother.

The resulting generation of ROS, in response to overexpression of NOX enzymes2 and NOx4damages the brain, in particular because of its richness in fatty acids, the ideal substrate for the activity of ROS.

AT is a purely genetic syndrome with multiple clinical manifestations during the first 20 years of life. Of these, the most disabling are T-cell tumors and cerebellar ataxia. The pathology resides in the Ataxia Telangiectasia Mutated (ATM) gene, which is essential for initiating DNA repair.

Like many other genetic disorders, many defects are also secondary to increased ROS activity through mitochondrial dysfunction and upregulation of other sources of ROS. Oxidized low-density lipoprotein (ox-LDL) is a trigger for immune cell-mediated inflammation and vascular changes with increased DNA fragmentation.

In DS, the extra 21st the chromosome is the site of the key enzyme antioxidant SOD-1, which converts superoxide to H2O2 for further water metabolism by catalase or GTPx. Overexpression of SOD-1 by 50% in these patients, without a corresponding increase in the other two enzymes, could explain the accumulation of H2O2 and the resulting oxidative stress.

The beta-amyloid A4 precursor protein is tripled, resulting in excess beta-amyloid (Aβ), a hallmark of Alzheimer’s disease (AD). DS is the main cause of early AD, which is linked to oxidative stress, because the latter prevents the normal cellular elimination of abnormal proteins. Accumulation of Aβ aggregates could lead to lipid peroxidation.

Several other proteins and transcription factors involved in the regulation of antioxidant responses have been reported to be affected in DS. The oxidative stress associated with these changes could explain the cognitive and intellectual disabilities associated with DS, as well as the cardiac abnormalities often found in these children.

Antioxidant supplements and exercise might be helpful in limiting or improving the neurological manifestations of DS.

With ASDs, reduced cerebral antioxidant activity in the brain has been observed. Ongoing studies are investigating how therapy with exogenous antioxidants might help these patients.

Similar findings have been reported in many other genetic syndromes, such as accumulation of toxic metabolites leading to ROS production in Gaucher disease, as well as overproduction of H2O2 and nitric oxide (NO) driven by aneurysmal dilation of the aorta in the MFS which leads to overexpression of the ROS-producing enzyme NOX4 and SOD.

The current review reports that oxidative stress may underlie numerous anatomical and physiological abnormalities in several pediatric syndromic diseases. Although it is the main cause of FASD, it is secondary to the disease state in genetic syndromes.

Clinically, this shows how FASD is completely preventable by avoiding exposure to oxidative stress during pregnancy. In genetic pediatric syndromes, the accumulation of oxidant species secondary to dysregulation of multiple pathways could potentially be counteracted by judicious antioxidant supplementation.

Along with these supplements, it is also worth pointing out the benefits of regular exercise and a healthy diet in terms of reducing oxidative stress. Further studies are needed to determine how clinicians can recommend these strategies appropriately to their patients.​​​​​​​