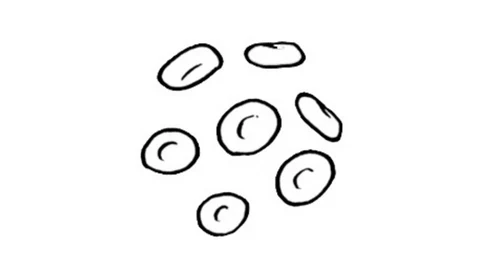 From non-Hodgkin’s lymphoma to leukemia and multiple myeloma, CAR T-cell products have been approved by the FDA, primarily for treatment in last-line settings.1

In multiple myeloma, idecabtagen vicleucel (ide-cel; Abecma) and ciltacabtagen autoleucel (cilta-cel; Carvykti) are FDA-approved for the treatment of relapsed or refractory (R/R) disease after 4 lines of prior treatment, which includes an immunomodulatory agent, a proteasome inhibitor and an antidCD38 monoclonal antibody.

Finally, tisagenlecleucel (tisa-cel; Kymriah) is an FDA-cleared CAR T-cell product for BR/R diffuse large cell lymphoma and young adults up to age 25 with acute lymphoblastic leukemia (ALL) R/ R. Brexucabtagene autoleucel (brexu-cel; Tecartuc) is FDA-approved for the treatment of patients with R/R mantle cell lymphoma and R/RB precursor cell ALL.

Even with all the available CAR T-cell therapies that have shown their efficacy in hematological malignancies, autologous and allogeneic stem cell transplantation remains the only curative treatment used in the first line. Next-generation agents such as CD19 and B cell maturation antigen-driven CAR T cells could change the gold standard.

In an interview with Targeted Oncology™, Soiffer, Chair of the Clinical Programs Executive Committee, Vice Chair of the Department of Medical Oncology, Chief of the Division of Hematological Malignancies and Physician at the Dana-Farber Cancer Institute, along with du Worthington and Margaret Collette, Professor of Medicine in Hematological Oncology, Harvard Medical School, discussed the evolving role of stem cell transplantation in hematological malignancies as CAR T-cell therapies begin to reshape landscapes treatment.

TARGETED ONCOLOGY: What was the role of stem cell transplantation in the treatment of hematological malignancies before the availability of CAR T-cell products?

Thirst: We have been practicing transplantation for nearly 40 years. There are 2 types of grafts. There is the autologous transplant, that is to say someone who uses their own stem cells. Stem cells are collected before the transplant and are usually frozen. And then we give the patient high doses of chemotherapy or chemotherapy and radiation, and then we reinfuse those stem cells, like a kind of stem cell rescue. These transplants are usually done for conditions such as non-Hodgkin’s lymphoma and multiple myeloma.

In terms of allogeneic transplantation where we use someone else’s cells, usually for a disorder where the bone marrow is heavily involved in a malignancy, this includes acute myeloid leukemia and other stem cell disorders like myelodysplastic syndrome and myelofibrosis.

Allogeneic transplants are more toxic than autologous transplants, they risk causing graft versus host disease. But they play an important role in the treatment of patients with blood cancers. They have become part of the standard of care for patients with hematological malignancies over the past 3 decades, and their use has increased year by year. They increased it to a certain extent, because we are now able to offer allogeneic transplants to elderly patients, well into their late 60s. People who are relatively fit in their late 70s can undergo a successful transplant. This has opened up opportunities that weren’t open many years ago.

Also, in terms of allogeneic transplantation when we use a donor. When I started 40 years ago, we were limited to young patients who had identical siblings. Over the course of my career, we have been able to expand this to use other sources of stem cells, either stem cells from unrelated donors as volunteers around the world, who are selflessly willing to donate their metabolic stem cells to a stranger, or a haploidentical transplant which is a half-match transplant, using siblings, parents or children. This is due to some of the excellent work that has been done from Johns Hopkins and other institutions.

Transplantation is still the only initial therapy and the only therapy to achieve remission for many hematological malignancies. Can you explain for which diseases this is true?

I will put it in the context of different parameters. Let’s talk about non-Hodgkin’s lymphoma. It is now considered, or has been considered the standard of care for non-Hodgkin’s lymphoma patients who have relapsed after their initial treatment, especially large cell lymphoma patients, once they have achieved a second remission, switch to an autologous transplant. And that’s cured between 40% and 60% of patients who are successful in having a transplant, and that’s in the setting of lymphoma.

In the world of multiple myeloma, autologous transplantation, using your own stem cells, is often used upstream. It may or may not be a curative therapy, but it is certainly something that prolongs progression-free survival and allows patients to live for a long time without intervention.

On the side of acute leukemia, and let’s say spinal disorders like MDS, allogeneic transplantation can be curative for a variety of these disorders. The likelihood of recovery depends very much on the molecular and genetic make-up of the leukemia itself. Thus, people with very high-risk leukemias will fare poorly with standard treatment. They’ll do a little better with an allograft. In patients with, say, intermediate-risk leukemias who do modestly with chemotherapy alone, do even better with an allograft.

What role does transplantation play in the post-CAR-T context?

CAR T cells were approved for the treatment of acute lymphoma and leukemia about 3 or 4 years ago, and they work for patients who didn’t have a transplant and were refractory, or who relapsed after their transplant. CAR T cells are commonly used for patients who have had an autologous transplant, for example for lymphoma, or now for multiple myeloma, they relapsed after that and they may have received other therapies afterwards, but they can be treated with CAR T cells. There are a number of products that can be successfully treated to induce remissions and, in many patients, long-term remissions. It is for patients with recurrent disease after auto or allograft.

There were 3 exciting presentations at ASH, several just published, that looked at whether CAR T-cell therapy could replace 1 of these transplants, specifically autologous transplant, and the studies were designed, there were 3 of them, with the 3 different CAR T-cell products. The studies were designed to take high-risk patients, who had relapsed with large cell lymphoma within the first year after diagnosis, either relapsed or never went into remission. .

What they’ve done with these patients is they’ve randomized the patients to receive CAR T cells immediately, perhaps with bridging chemotherapy, versus what’s considered therapy standard care. The standard treatment would be chemotherapy to decrease the amount of residual lymphoma present, followed by an autologous transplant. This was one side CAR T-cell therapy versus standard of care, which was cytoreduction with chemotherapy plus autograft. What 2 of the 3 studies showed, 1 with a product called axi-cel and 1 with a product called liso-cel, was an improved response rate for patients who received the CAR T-cell approach compared to the standard of care. Not only did this improve the response rate, but also the complete response rate and event-free survival, which is extraordinarily exciting.

With a paradigm-shifting approach for patients with refractory disease who have early relapse after initial treatment, it should be noted that 1 of 3 trials using tisa-cel did not show improvement. We really need to dig deeper and understand why 2 of the studies were positive and 1 negative. This is work that we need to do over the next year to try to understand the differences between these 3 studies.

How has the success of CAR T cells had an impact on global transplantation for these hematological malignancies?

I think right now, in terms of AML and MDS where we often do allogeneic transplants, CAR T cells haven’t had an impact yet. I think there are some challenges with CAR T-cell therapy for LAM in determining the correct target for LAM. There are also challenges in terms of concern about the consequences of successful eradication of CAR T cells in leukemia, as these CAR T cells may actually target normal hematopoietic stem cells and lead to prolonged aplasia and low blood counts. We may need to combine if we get to the point where we have successful CAR T cells for LAM. We may need to combine this with an integrated allogeneic transplant so that we have a sequential approach where we first remove the tumor with CAR T cells and then do an allogeneic transplant or possibly vice versa in the opposite direction.

So that’s the future. For now, I think we will have to decide as a community, how we are going to integrate CAR T-cell therapy for patients with non-Hodgkin’s lymphoma, high-risk large cell lymphoma, in particular. These are patients who will either be primary refractory or have had an early relapse after their initial treatment, current data from at least 2 of the products very strongly suggests that pure CAR T-cell therapy may be the best approach who is not going to assign reductive chemotherapy and autograft. And 1 of those products was also FDA approved for that very indication.

You mentioned that this conversation might be different next year. If you could make a prediction, where is the field heading?

I think what we will see in the next 5 years are more studies trying to assess the place of a CAR T-cell therapy in a variety of different diseases. This is an extraordinarily exciting and rapidly changing time. As I said, I believe that if we have this conversation in a year or two, it will be a different discussion.

The global non-invasive prenatal testing market is expected to