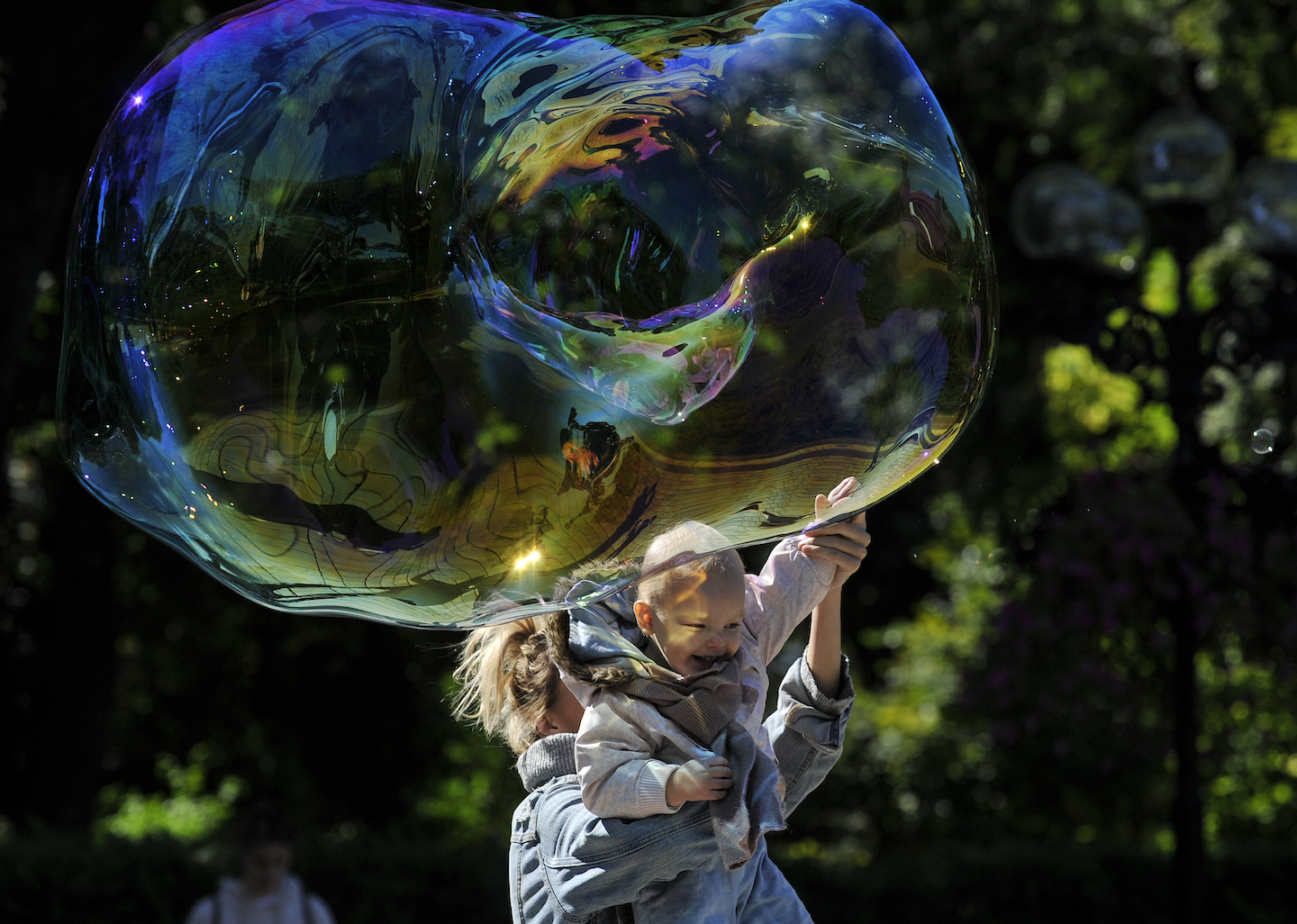 Splitting the Autism Spectrum Won’t End the Way You Think

The effort to split the autism spectrum has emerged primarily because some parents whose children need a lot of support want to differentiate their child from autistic adults, whom they view as “not like their child.” (Photo by Sergei Chuzavkov/SOPA Images/LightRocket via Getty Images)

Thank you for registering for The nationweekly newsletter.

Thank you for signing up. For more than The nationsee our latest issue.

The nation is supported by readers: Donate $10 or more to help us keep writing about the issues that matter.

Did you know you can support The nation drinking wine?

In 1998, a British doctor named Andrew Wakefield published an article in the medical journal The Lancet claiming to have found a link between autism and the mumps, measles and rubella vaccine. There was no such link. The paper has been retracted. And an investigation into the controversy suggests that Wakefield, who lost his medical license, may have tried to enrich himself by selling his own replacement measles vaccine. Yet Wakefield and others like him managed to sow divisions that have continued to this day.

During the coronavirus pandemic, we see the consequences of this initial anti-vaccination agenda as it moves beyond discussions of autism and becomes part of the fearmongering around the Covid-19 vaccine. And, within the autism community, autistic people are pitted against each other, in a scenario in which the only result is that everyone loses.

The antivax movement was born out of the idea that autism was an enemy to be defeated, which stands in direct contrast to the neurodiversity movement and its goal of accepting and supporting people with autism (as well as those with many other disabilities). ). Today, this means that too many parents are getting the message that fighting for their children, especially if their children have high support needs, conflicts with the neurodiversity movement led by many self-advocating adults with autism. .

To make matters worse, in December 2021, The Lancet— yes, the same newspaper that published Wakefield — sparked a media storm when its report on the state of autism services included a proposal for a new label of “deep autism.” He created the label with the intention of establishing a category of autistic people who can be separated, at least by definition, from others. But this is a false dichotomy.

The effort to split the autism spectrum has emerged primarily because some parents whose children need a lot of support want to differentiate their child from autistic adults, whom they view as “not like their child.” These parents think they are fighting a different battle than adults with autism who can sometimes come across as neurotypical; they see their children as needing different types of support and different levels of restriction. But they are wrong on all counts. First, the fight for rights and supports for all people with autism is a fight – and indeed, an uphill fight, given the many barriers to inclusion that stand in our ableist society. Second, people with autism who look very different on the outside may be more similar than we think.

IIf there really was a need to divide the autism community between parents and their children who need significant support and autistic adults in the professional world, we suppose we would be opposed. Julia is the executive director of the Autistic Self Advocacy Network, while David is the father of an autistic boy with Down syndrome. Nico, David’s son, and Julia have the kind of superficial differences that lead some to see conflict where there is none – Julia gives speeches and Nico learns to use an assistive communication device . Nico has an intellectual disability and Julia does not. But in fact, in our years of working on disability rights, we have found that every political goal and cultural shift around autism acceptance has been a rising tide that lifts all boats.

When self-advocates call for inclusive schools, an end to restraint and seclusion, and alternatives to guardianship, they’re tackling critical issues for people with the most significant disabilities in the United States. United. But too often the conversation around autism in policy circles, scientific communities, parent groups, etc., focuses on superficial differences, rather than the political issues that will benefit our whole community. .

Here’s the problem: Despite the work of so many self-advocates, parent advocates and allies, the prevailing message in our society is still that autism is horrible, and that autism, intellectual disability and other significant cognitive impairments mean you’re not really a person. People don’t have to consciously believe these things; they can simply absorb the messages they hear all around them without realizing it. This can have some consequences.

When parents have absorbed these messages, perhaps even without realizing it, this moment of diagnosis can lead to a very dark place. For many parents, discovering that their child has autism or a significant disability is an agonizing time, when all those subconscious beliefs and fears come crashing down. In this position, parents are very vulnerable to those who tell them that their child needs to be ‘cured’ or ‘cured’, or that their future is bleak.

And it can be incredibly difficult to get out of this trap. If you think people with autism can’t be happy, or live a good life, or grow and learn new skills – as the mainstream message tells you – then when you, the parent of a child with high support, see an autistic person who can do things as an adult that an autistic child can’t, or seem happy, or have a great life, it might seem easy to think they shouldn’t have “true” autism. After all, in this false message, “real” autism means suffering in our society.

BBelieving that autism is synonymous with suffering, so that people who are not visibly suffering do not have actual autism, is a classic logical fallacy that becomes difficult to refute. As a result, we’ve both seen Medicaid assessments and other diagnostic reports describing people with autism who need 24/7 assistance as “mildly affected.” When parents like David say their non-speaking autistic child with an intellectual disability brings them joy, other parents have responded that we simply don’t understand “real” autism. Meanwhile, structural failures – the kinds of false shortages that David talks about in The nation last year and the Autistic Self Advocacy Network is pushing for change – which actually undermine the quality of life for so many autistic people and our families, such as inadequate communication supports and lack of community services, remain without answer.

Another piece of the puzzle here is that many people with significant disabilities and support needs work very hard to hide them from the public eye, both to avoid stigma and because it’s nobody’s business. People don’t wear their developmental story on their body, and no autistic adult should be forced to divulge a difficult story with, say, potty training or the support needs they need today. But they have them.

Julia, for example, gave a speech in 2018 at the UN. People have used this to argue that she must have a fundamentally different and much “milder” type of autism. What these people don’t know is that on the day of the speech, the organizers had to rearrange the entire schedule for the event because she had a nervous breakdown and couldn’t speak. They are unaware of the emergency measures she took to be able to read her speech afterwards; the support person behind her; how sick it made her afterwards; or even that she wore glasses to read her speech because she damaged her eyes from banging her head as a teenager.

David’s son, Nico, has the opposite problem. Because he doesn’t speak with his mouth, because he’s unlikely to be the executive director of a large nonprofit, because his needs are so obvious that people easily overlook his layers of understanding and skill. He’s cute, but that cuteness is the least interesting thing about him. And sometimes, unfortunately, even adult self-advocates are too prone to distance themselves from people with intellectual disabilities, from Nico.

Everyone is harmed by these false divisions. Nico deserves to be seen as the complex and competent person that he is. Julia deserves to be able to do her job without anyone denying her diagnosis. Parents like David deserve to know that a good life is possible for their children. Nico and Julia both love Mardi Gras beads, hamilton, and stuffed animals. They both struggle to access necessary health care and they both need the same kind of support to carry out their daily tasks. They both deserve a society that accepts, welcomes and values ​​them.

So what do we do now? First, we need to tell different stories and cite examples of people with significant disabilities who are happy, included, well supported, and doing lots of different things. Without more accurate media portrayals, it will be hard for new parents — or anyone — to rethink what they’ve been told about autism. We can work to increase inclusion in our own families, schools and local communities, so that more people get to know us. We can assume competence – an important concept in the world of intellectual disability that begins all interactions with the assumption that the other party is able to do things, able to communicate, able to be included. We can provide supports and accommodations to self-advocates, and we can normalize the idea of ​​needing help – lots of help – without sacrificing agency. We can be steadfast in the fact that people with autism and people with intellectual disabilities are people in their own right. And when systems fail, we can focus on those failures and hold our leaders to account, rather than saying that some people are just too disabled to deserve fair treatment.

Astrophysicists have discovered 1,000 magnetic ‘strands’ of the Milky Way