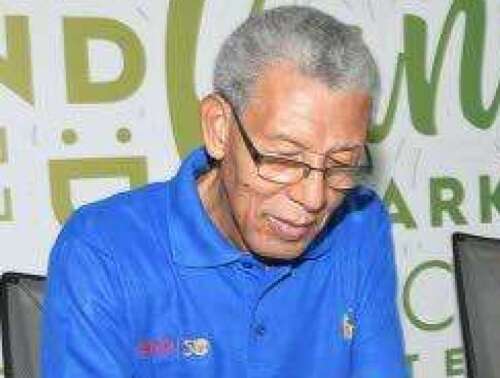 SOJ athletes shake off the travel blues; Ready for action

SPECIAL Olympics Jamaica (SOJ) Executive Director Coleridge “Roy” Howell said all systems are working despite yesterday’s travel setback, which means Jamaican athletes competing at the 2022 USA Games in Orlando, in Florida, are due to arrive one day later than originally scheduled.

The delegation’s flight from Kingston to Miami early Saturday was canceled due to severe weather associated with a storm system passing through parts of Florida. The Jamaicans are expected to make the trip on Sunday but are expected to miss the opening ceremony that morning.

Forecasters said the weather system was on track to reach tropical storm strength off the east coast of Florida on Saturday evening and is expected to strengthen further as it moves away from the state and into heads towards the Atlantic Ocean.

“We were all ready to leave but the flight was canceled due to the weather. It can be difficult to predict weather conditions, so we have to hope for the best. Everything is fine, we will be there to compete in the Games from Monday,” Howell told the Jamaica Observer Saturday.

He said the team is ready to play at the USA Games, which is due to end on June 12.

“I had a discussion with the athletes this morning and they understand that we have no control. In addition, safety comes first. They are in a good mood, they can’t wait to leave and [are] motivated to participate in the Games. They are focused and the cancellation has not dampened their morale.

“The kind of excitement I feel from them gives me confidence that they are going to do well, bearing in mind that they have put in a lot of effort in training. They want to succeed, they want to do their best and they want to win those medals,” the SOJ executive director said.

The Jamaican team is among 11 from the Caribbean to participate in the American Games, a first for the region. The others are Antigua and Barbuda, Aruba, Bahamas, Bermuda, Dominica, Guyana, Haiti, Saint Kitts and Nevis, Saint Vincent and the Grenadines, and Trinidad and Tobago.

Jamaicans are required to compete in bocce, athletics and water sports, including pool and open water swimming.

The Special Olympics Movement provides year-round athletic training and competition in a variety of sports for children and adults with developmental disabilities.

Those involved in the movement have the opportunity to develop their physical fitness, maintain a healthy life and participate in sharing skills and strengthening ties with their families and other athletes.

Intellectual disabilities can be acquired or genetic and can include cases of autism, cerebral palsy, Down syndrome and head trauma.