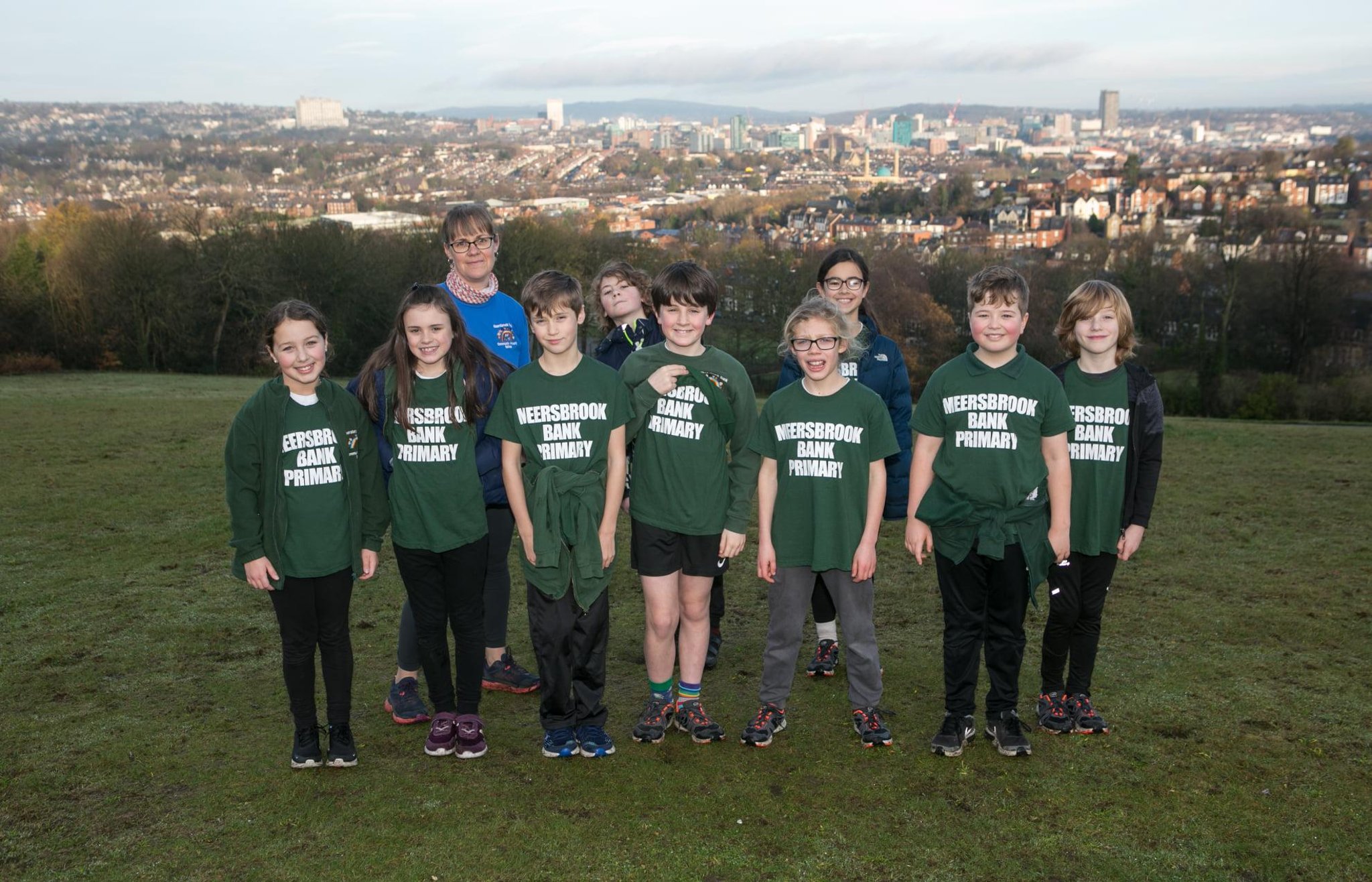 Their first child, Holly, was stillborn – she was diagnosed with Edwards syndrome just 24 hours before she was born.

“This was our first baby, you don’t think it’s going to happen to you,” said Clare, who teaches at Meersbrook Bank Primary School.

“I was almost full term – I was eight months pregnant when I got her. Nothing was picked up until I knew things were wrong, and I went to the hospital.

Register now to our daily newsletter

Newsletter cut through the noise

Clare Tierney with the students

“She died the day before I got her.”

It was then that they discovered that the cause of death was Edwards syndrome.

Also known as trisomy 18, it is a rare but serious condition.

Clare said: “There was a very good chance that any other kids we had would have Edwards Syndrome as well.

Clare Tierney and the school runners

“Edwards” is not really compatible with life. Some children are born, but many children with Edwards only live a year or two. They stay in the hospital and it’s not any quality of life.

Clare and Phil had to undergo genetic tests to determine where the syndrome was coming from and the likelihood of passing the disease on to other children.

When the results returned, they discovered that neither was a transporter.

“I wouldn’t say we were thrilled, it was just a relief I guess,” Clare said.

Hearing the test result, they were eager to try again for another child, and after six weeks of losing Holly, Clare was pregnant with Finnley.

Clare said: “It wasn’t until we had my second child, Finnley, who is now 20, that we realized how traumatic it had been. It kind of hit us after he was born.

“Because of what happened, we had to do a lot of testing with our three children.

“Even though there was no genetic link, I had to undergo amino synthesis tests, and many other tests to make sure we were okay.

“At the time, we just went into survival mode, I guess. “

When Clare and Phil experienced the loss of Holly, they discovered that providing care to parents suffering such loss was not easy.

“There wasn’t really a service for parents whose babies had died,” Clare said.

“At the time, parental support and follow-up was very weak and I wanted to do something to raise awareness and support families who are going through the same experience as us.

“We were put in touch with a charity called SANDS which supports bereaved parents.”

Clare was motivated to do something to help other parents who had lost a child and now, 21 years later, she has taken on a great challenge.

“Because she would have been 21, and because I guess I always said I was going to do something, I decided this was my year of racing.

“I made a little mistake because I kind of thought I would start on January 1, 2021.

Clare has now run for more than 420 consecutive days.

“It took me 21 years to keep my promise to raise awareness and help support other families,” she said.

Clare was also joined by some of the students at her school.

And she was also supported by director Gemma Harvey.

Clare said, “My head really supported me, she’s going to put it in the school parenting newsletter.

“I kept quiet about it, she will let the parents know.

“If I go out every night and run my run, you gotta shout it out, right?”

“The goal is to raise funds to support the people who are going through this now.

“We ran to school every day, and she ran on Saturdays and Sundays.”

Kitty ran every day to support her teacher, including running to her bedroom in bad weather and once asking her mom to run with her late at night.

“We were done watching a movie and I realized I hadn’t done my run, so we went for a run.

“Sometimes I would run to my room when it was raining, I had to run around in circles in my room,” Kitty said.

Clare was really disciplined in doing her errands adapting them to different times of the day and night, whatever the weather.

“Sometimes I would go at six in the morning, before I went to work, or I would try to get there as soon as I got home from work, just put on my running gear and left, as soon as I could.

“It’s amazing because I have raced in all weather conditions. I have been through storms, rain and very hot temperatures.

“My oldest son is at the University of Edinburgh. One day, we had gone to visit, and I had not run before leaving.

“This was the last time I did it, I just hadn’t been able to fit it in,” Clare said.

At the start of her challenge, Clare had doubts, as running is neither natural nor easy for her.

Throughout the challenge, Clare always felt motivated and committed to the task.

“Because people sponsor me, I felt like I really had no choice. It makes it easier, otherwise you have no excuse not to go, ”Clare said.

After a year of dedicated daily races, Clare thinks it will be hard to stop and wants to challenge herself again.

Clare said: “It’s now become a habit, but I have another challenge ready.

“The son of our close friends, who is 14 years old and a friend of my youngest Monty, has been diagnosed with non-Hodgkin lymphoma.

“He’s undergoing chemotherapy right now. It took us all by surprise.

“Now Monty and I are going to try to travel 2022 miles in 2022 between us, to raise money for the adolescent cancer department at the children’s hospital. ”

An online fundraising page has been set up for anyone wishing to donate to Clare’s appeal.