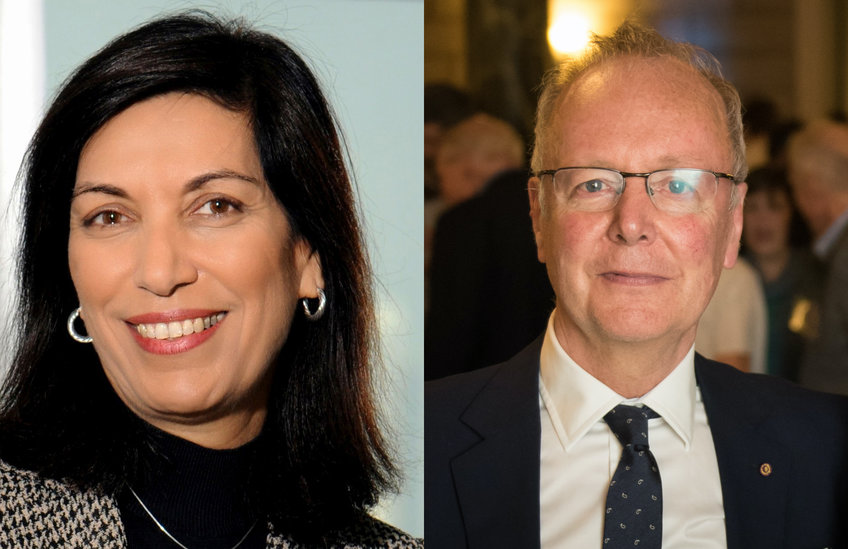 The brain is one of nature’s most complex structures. About 100 billion nerve cells work together to control vital functions as well as thinking and learning processes. When it comes to neurological diseases, it is often quite difficult to uncover the underlying changes. This year, the Gertrud Reemtsma Foundation is awarding the International Translational Neuroscience Prize to two scientists for their work on Rett syndrome. Huda Zoghbi from Baylor College of Medicine in the United States identified the MECP2 gene as the cause of Rett syndrome and studied its role in various neurons. Adrian Bird from the University of Edinburgh discovered the role of the protein MeCP2 in gene regulation and genetically modified mice so that Rett syndrome could be tested in them. The two researchers have thus made a substantial contribution to a better understanding of the disease and laid the foundations for new therapeutic options. The prize will be awarded on June 16, 2022 at the Bucerius Kunst Forum in Hamburg.

Parents are usually the first to notice that something is wrong. A previously healthy toddler suddenly seems to have lost interest in his fellow human beings and the environment. The first learned words disappear and the child has walking and balance difficulties.

Rett syndrome is a neurological disorder that includes various symptoms such as autism, epilepsy, and anxiety. Every year, around 50 children in Germany – mostly girls – are affected by this disease. After the first year of normal life, sufferers increasingly lose their ability to speak and move. This makes them dependent on lifelong care.

Rett syndrome is often characterized by repetitive hand movements reminiscent of hand washing. Patients sometimes show strong autistic traits and suffer from anxiety and multiple physical symptoms such as breathing problems or curvature of the spine. There is still no treatment for this serious disease.

Huda Zoghbi discovered the trigger for the disease

When Huda Zoghbi diagnosed Rett syndrome in two girls in a short time at the start of her neurology training in 1983, relatively little was known about the condition. Zoghbi wanted to find the trigger for this complex disease. Since only one family member is affected at a time, spontaneous changes in genetic makeup appear to be the cause. Finding the gene responsible for this was a huge challenge at the time – also because genetic analyzes were still quite time-consuming and expensive.

For more than 10 years, Zoghbi studied the genetic material of affected families and gradually narrowed down possible genes. She eventually found changes in a gene called MECP2 on the X chromosome in people with Rett syndrome. These mutations lead to the production of a defective MeCP2 protein and thus trigger the disease.

The MeCP2 protein was discovered a few years earlier by Adrian Bird. The scientist discovered that MeCP2 binds to specific sites in DNA marked with methyl groups and can thus modulate the expression of thousands of genes in neurons. MeCP2 thus optimizes gene expression levels.

When it became known that many nerve cells in patients with Rett syndrome were unable to produce a functional MeCP2 protein, Bird decided to investigate its role in these cells in more detail. He developed genetically modified mice in which the MECP2 gene is deactivated. These mice show typical features of Rett syndrome and provide an important basis for research into the disease.

The fundamental findings of Zoghbi and Bird made it possible to study the unusual clinical picture of Rett syndrome in more detail. Affected children initially develop normally because MeCP2 is only needed in higher concentrations in nerve cells between the second and third year of life. An absence therefore has no negative effect during this period. However, with age, the lack of MECP2 drastically alters the transmission of stimuli in nerve cells, and the first alterations begin to appear.

The disease mainly occurs in girls because they have two copies of the X chromosome. Females silence an entire X chromosome during early development. Since they are heterozygous for the disease mutation, this causes half of their cells to shut down the normal gene, while the other half silences the chromosome carrying the mutant gene. These latter cells are normal with respect to MeCP2 function. Females carrying these mutations are saved by inactivation of X, but at the cost of Rett syndrome. In male babies, on the other hand, all nerve cells are damaged. They therefore usually die before or shortly after birth.

Huda Zoghbi and Adrian Bird are also trying to develop treatments that could improve the lives of Rett’s patients. Using genetically modified mice, Zoghbi discovered that stimulating regions of the brain – using technology applied to the treatment of Parkinson’s disease – can correct learning and memory deficits. Exercise and brain training of mice prior to symptom onset also attenuated disease progression.

Bird reactivated the production of MeCP2 in the nerve cells of the genetically modified mice. Mice that had already shown considerable impairments recovered and became almost completely healthy. This shows that this neurological disease is reversible and gives hope that Rett syndrome may one day be cured.

Huda Zoghbi studied biology and medicine at the American University of Beirut, Lebanon, and received her MD from Meharry Medical College, Nashville, Tennessee in 1979. She then went to Baylor College of Medicine and Texas Children’s Hospital, Houston, Texas, where she trained in pediatrics and neurology, then pursued postdoctoral research in molecular genetics. She became a professor in the Department of Pediatrics, Neurology, Neuroscience, and Molecular and Human Genetics at Baylor in 1994, and a researcher at the Howard Hughes Medical Institute in 1996. Since 2010, she has also served as director of the Jan and Dan Duncan Neurological Institute of research from Baylor College of Medicine and Texas Children’s Hospital.

/Public release. This material from the original organization/authors may be ad hoc in nature, edited for clarity, style and length. The views and opinions expressed are those of the author or authors.View Full here.

Are flip flops bad for your feet? What there is to know