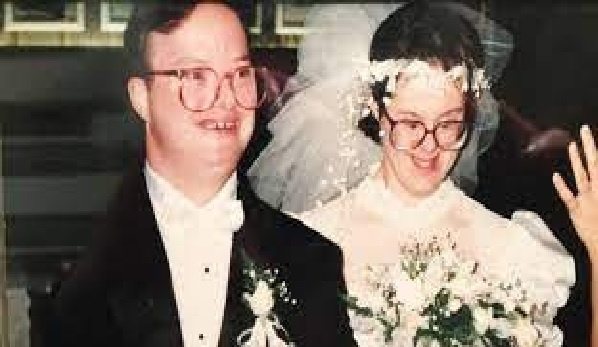 By Rabbi Yair Hoffman for 5TJT.com

Click to get SMS updates straight to your phone

This author recently had the opportunity to closely observe a highly functioning individual who also has Down syndrome. The occasion has led the author to suggest that we should re-explore a number of underlying assumptions regarding various aspects of how halakha and Down syndrome intertwine. Previously, this author had posed a number of questions to the author of the Tzitz Eliezer as well as to Rav Yisroel Belsky zt”l and Rav Dovid Feinstein zt”l on behalf of others. These questions concerned both halakha and hashkafa.

THE CHOFETZ CHAIM, THE CHAZON ISH AND OTHERS

Anyone who has interacted with such a person immediately understands Rav Shapira’s point.

Rav Yitzchok Zilberstein shlita once said, “There is no doubt that every person with Down syndrome was a tzaddik and a great Torah man who was given another opportunity to rectify something here on earth.

Rabbi Yechezkel Levenstein zt”l once said to the mother of an individual with Down syndrome: “If you knew exactly what is going on in the shamayim here, you would go out into the streets of the city and dance with joy!

Just for some background (and maybe we should teach it in our high school biology textbooks), Down syndrome is something that happens when babies are born with extra chromosome 21 material in their cells. Down syndrome also has another name – it is also called “trisomy 21“. Trisomy 21 means that there are 3 copies of chromosome (somy) number 21.

There are three main types of Down syndrome:

Early intervention programs can certainly improve skills, and they are getting better and better. These programs often combine speech therapy, physiotherapy, occupational therapy and therapeutic education. The combination of support and treatment (at least pre-COVID) is often a game-changer.

L’Oreal recently signed a model with Down’s syndrome, and there are TV shows in England with famous actors with Down’s syndrome like Tommy Jessop and Chris Burke. A recent episode of Jessop brought up the topic of police abuse of someone with Down syndrome and Jessop tackled the issue head on. Indeed, there is now a talent agency in Hollywood, California (KMR Talent Agency) that specializes in clients with Down syndrome. In 2019, the agency was responsible for about three million dollars in revenue per year.

Is someone with Down Syndrome fully obligated in Mitzvos? What is the extent of his obligation? Can he draw inspiration from the Torah during his Bar Mitzvah? What halakhic obligations exist with regard to the upkeep of their chinuch – on an individual basis as well as on a communal basis? What about marriage for highly functional people? To what extent should the capacities of the family be taken into account?

Before having the opportunity to observe, this author was under the working assumption that there are no general halachos that can be stated regarding people with Down syndrome and that every situation must be determined on a case-by-case basis. And while that assumption is still valid, what has changed in this author’s mind is – how can we ever know or predict? Can tacit halakhic assumptions be made about any of the three types mentioned above?

The person I had the opportunity to observe had a great sense of humor, had highly developed social skills, advanced language skills, and excellent cooking and food preparation skills. Some things he was able to handle on his own without any help of any kind, and some things he was able to do after being demonstrated to him once. But the coleslaw (no assistance) and sliders (minimal assistance) were out of this world.

Obviously, the parents of this individual had taken full advantage of new developments and thinking in the education of people with Down syndrome, and the results were very impressive. But do we apply the maxim of Hillel meshayev es haAniyimin other words, if Hillel (the great sage) could do it – can the others here also?

In light of all the above, it is very difficult to understand the position of the Tzitz Eliezer in vol. XIV #101 and #102 and Vol. XV #43:4) which allows you to choose not to continue such a pregnancy even until the 7and months if the parents’ mental health deteriorates to the point where they are unable to function. The position of Rav Moshe Feinstein zt”l (Igros Moshe Choshain Mishpat Vol. II #69) has become the halakhic standard.

There is no doubt that the overwhelming majority of Poskim decide that a Bris is done on time and on Shabbat. This is the decision of Rav Moshe Feinstein zt”l, Rav Ovadya Yoseph zt”l and lbc”l Rav Chaim Kanievsky.

Rabbi Shlomo Zalman Auerbach zt”la decreed that a child with Down syndrome who is highly functional must have a Bar Mitzvah and is fully chayav in Mitzvot.

Marriage issues have been addressed in publications like Assia (Vol. 61 and 62 p. 131), but this author is not sure if this author’s conclusion, discouraging him in virtually every case, still applies. This article was published in 5758 and now it is 24 years later. In many cases, it seems like if there’s someone on the case – a marriage of two highly functional people with Downs can be quite viable. There have been a number of instances of such marriages and, to the surprise of many who initially doubted the viability of such marriages, they worked. Two months ago, the husband of one of the most famous couples, Tommy and Maryanne Pilling, died. It was a model marriage and lasted 25 years.

This author does not recommend it for all cases, but he is convinced that the question should be reconsidered by the Poskim.

The author can be reached at [email protected]