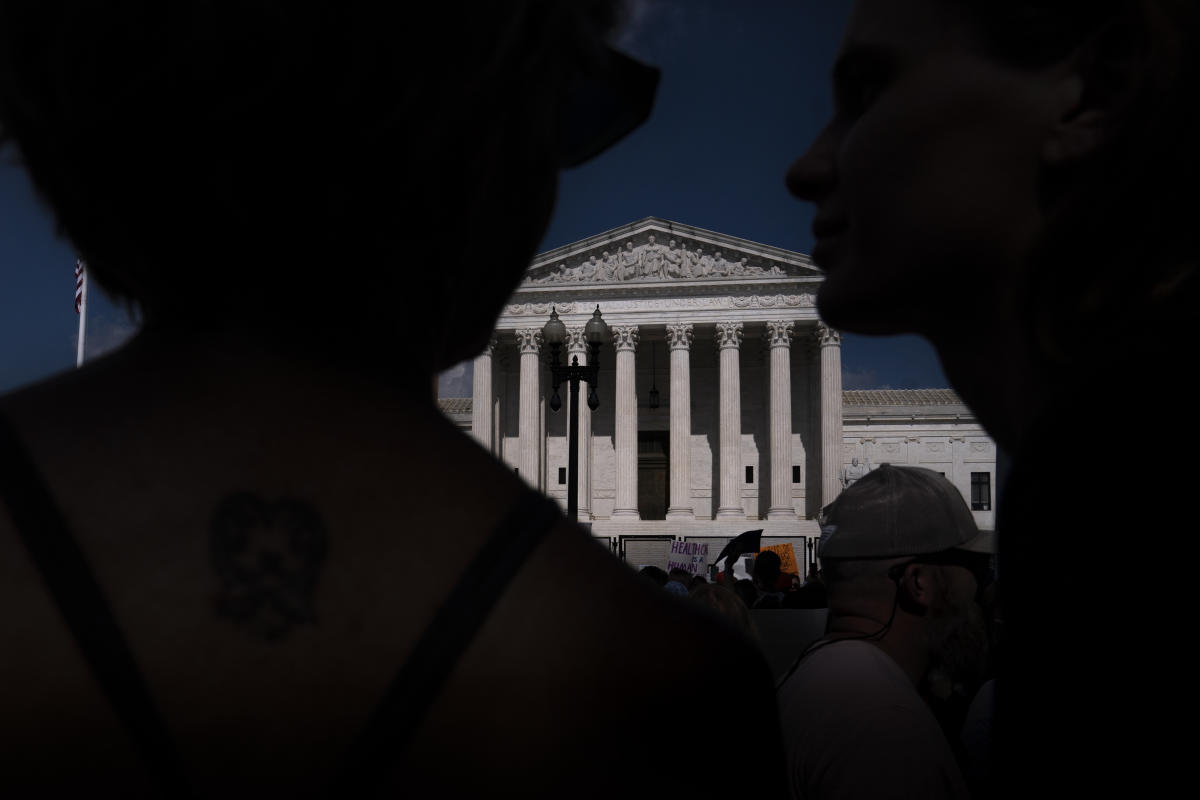 During a pregnancy, women are offered prenatal genetic screening and diagnostic tests to determine if a fetus is healthy or has certain genetic disorders or abnormalities.

This information can help patients and their doctors prepare for pregnancy. But some are backing away from these tests, believing that babies should be born regardless of potential abnormalities.

For those who choose to have such tests, maternal-fetal medicine specialists and genetic counselors usually work closely with the pregnant person or couple to explain in detail what the results mean for a birth, for the mother and the child, if a genetic disease or abnormal fetus is detected. These health care providers can also provide the pregnant person or couple with counseling about their options after a diagnosis, which may include abortion of a pregnancy. This option, however, is limited or no longer available to women in many US states.

Without the protection of Roe v. Wade, the 1973 Supreme Court decision that legalized abortion nationwide and was knocked down in June, the procedure became illegal or heavily restricted in at least 14 states. Six states – Mississippi, Missouri, Tennessee, North Dakota, South Dakota and Ohio – prohibit abortions when the fetus may have a genetic abnormality, and in five of those states, it’s now nearly impossible, because it’s banned at about six weeks. It’s so early in a pregnancy that many women at this stage don’t even know they’re carrying a child.

“Three [percent] 4% of all pregnancies are going to be affected by some sort of complication related to a difference in fetal or embryonic development, a genetic disease. And virtually none of those can be screened or diagnosed until they’re past the gestational age limits imposed by some of these really discriminatory laws,” Connors added.

Dr. Tani Malhotra, a maternal-fetal medicine specialist in Cleveland, Ohio, a state where abortions are now illegal after six weeks and there are no exceptions for cases of rape, incest or fatal fetal abnormalities, said it was impossible to assess if there were any problems with the fetus at such an early stage of pregnancy. .

“The size of the embryo at six weeks is between 6 and 7 millimeters. It’s less than a centimeter, and that centimeter is like the size of my finger, isn’t it? So it’s just impossible for us to be able to detect any abnormal findings on an ultrasound at this stage,” Malhotra said.

Katie Sagaser, director of genetic counseling at Juno Diagnostics, a women’s health company, told Yahoo News, “There is no genetic testing or screening…that can be done for six weeks.”

One testing method – which she says revolutionized “the landscape of prenatal chromosome screening” and is mostly used today – is a non-invasive prenatal screening technology known as NIPT or NIPS. This can detect genetic variations as early as nine weeks of pregnancy, using a blood sample from the mother. But the test, Sagaser said, can only indicate whether there is a potential problem and does not replace diagnostic tests, such as chorionic villus sampling (CVS) or amniocentesis, which study cells in the fetus or placenta and can confirm a diagnosis.

The first CVS diagnostic test can be done at the 10th week of pregnancy. Amniocentesis is usually done between 15 and 20 weeks pregnant, but can technically be done until a person gives birth, according to the American College of Obstetricians and Gynecologists.

Aborting a pregnancy due to genetic abnormalities

As prenatal screening tests like the NIPS have become more common, so have selective terminations involving genetic conditions. Some studies have shown that parents often decide to terminate a pregnancy, even after discovering a mild form of a genetic disease, including Turner and Klinefelter syndromes.

A published review of studies, which included 24 publications investigating termination of pregnancy after prenatal diagnosis of Down syndrome in the United States, found that 67% of these pregnancies end in abortion.

Terminating a pregnancy after the 2nd trimester due to medical complications

It should be noted, however, that the majority of abortions in the United States (91%) occur at or before 13 weeks of gestation. Abortions at the end of pregnancy are rare, but Malhotra said some of the main reasons they occur include delays and other barriers in getting abortion care, or after medical complications are discovered. These complications often include the finding of life-threatening fetal abnormalities, which can be detected during a fetal anatomy scan usually performed around 20 weeks gestation. Abortions at this stage, Malhotra said, are difficult and traumatic because these pregnancies are often wanted.

“It’s really tragic, as you say to these patients who continue their pregnancy. They are 20 weeks old. They are delighted with the pregnancy. They are planning their baby showers. They come to this ultrasound hoping to find out the sex of the baby… and you tell them this devastating news, that there is an abnormality that is either not compatible with life or is going to have an impact significant on quality of life. life after birth,” the Ohio doctor said.

Malhotra told Yahoo News that Ohio’s new abortion law has made her job even more difficult, as she must also tell patients in these situations who wish to terminate the pregnancy that they cannot receive such services. care in their condition.

“It’s just awful, because not only are you giving them this tragic and heartbreaking news, but you’re stigmatizing their care, because you’re saying, ‘Oh, that thing is illegal here, but you can go to another state. ‘ So they have to go to another state to do something illegal, which is part of medical care,” Malhotra said. “If they are not able to get out of state, we ask them to take the risks associated with pregnancy, which we know by nature, pregnancy is not a risk–free.”

In addition, she explained, she must inform these patients that they must act quickly. Abortions later in a pregnancy are more complex and also more expensive. Medical abortion, which can be taken at home, can only be used safely during the first 70 days or 10 weeks of pregnancy. After that, women need a surgical abortion, which usually takes about two days and requires hospital care. A patient who must go out of state to receive care must therefore also consider the additional costs of travel and accommodation.

Due to abortion bans that have gone into effect in the Midwest, neighboring states where the procedure is protected have seen an increase in the number of patients, Malhotra said. “They’re really backed up,” which currently makes it difficult to plan an abortion, she said.

Another important reason to act quickly in these situations, Malhotra says, is that most states don’t allow abortions after 24 weeks — when a fetus has reached viability and can survive outside the womb. According to the Guttmacher Institute, a research group focused on reproductive health, 17 states impose a ban on viability.

Little research has been done on what happens to women who are unable to terminate a pregnancy due to fetal disease or genetic abnormality. However, a study by the University of California, San Francisco, which followed 1,000 women unable to have an abortion because they exceeded gestational limits, found that they were more likely to fall into poverty. , as well as having “a worse financial, health situation”. and family outcomes”, than those who had terminated their pregnancy.

Opponents of abortions performed after screening for disabilities believe such procedures are unfair, as all human beings have inherent worth from the moment of conception. Malhotra, on the other hand, told Yahoo News that she finds it “absolutely awful” to put patients “in a position where they no longer have a choice.”

There are multiple reasons why women may choose to terminate a pregnancy due to genetic disease or abnormality, ranging from the emotional and financial cost of raising a disabled child to the effect it may have on existing children in a family, as well as the feeling that it is cruel to give birth to a child who may need constant medical intervention throughout his life.

Connors said pregnancy terminations due to genetic or fetal abnormalities are relatively rare, but are often over-emphasized in conversations about abortion and abortion care. “It inadvertently leads to a narrative about what makes an abortion good or bad,” he said.

Sagaser agreed, saying: “There’s no benefit to us as a society saying, ‘Oh, there’s this one population that really needs access to abortion care – more than other people.’

“Everyone deserves to be able to make the choices that are right for them and their family in this unique situation,” she added.

The boy in the center of this image is affected by which genetic disease?