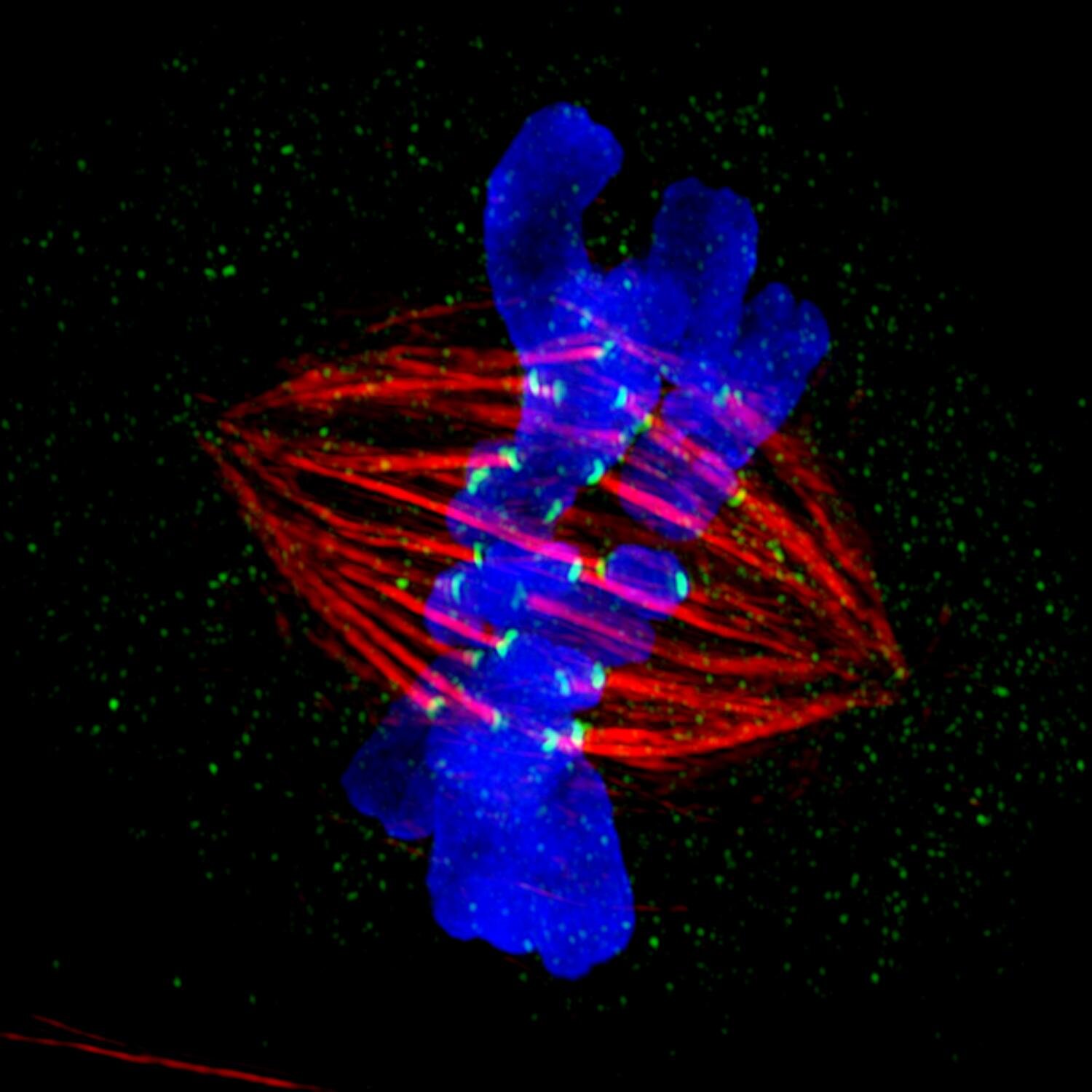 Chromosomes undergo precise structural changes at the molecular level during different phases of cell division. These changes occur at a high level of precision to avoid genome instability. Genome instability resulting from broken, missing, or rearranged chromosomes has been shown to be the root cause of cell death, carcinogenesis, and birth defects. The study of genomic instability helps researchers identify the causes of cancer and may lead to new advances in their diagnosis and treatment.

Scientists have long worked to understand the role cohesin plays during meiotic cell division. Cohesins are important proteins for maintaining genome integrity as they ensure faithful segregation of chromosomes by holding sister chromatids together during meiosis. Now, in a new study by scientists led by Prof. Keun P. Kim of Chung-Ang University, South Korea, embryonic stem cells (ESCs) have been studied to understand whether the cohesin complex specific to meiosis plays an active role during mitotic cell division. , which is responsible for the growth and development of all cells. Their findings were published online March 3, 2022 in Genome biology.

ESCs exhibit pluripotency or the potential to differentiate into all types of cells in the body, and also have unlimited capacity for self-renewal and high tolerance to DNA damage stress. “However, we know little about how ESCs maintain genome integrity and cope with chromosomal abnormalities and replication stresses that can arise during cell proliferation and differentiation,” says Professor Kim. To address this knowledge gap, the team identified two cohesin factors, REC8 and STAG3, which are specifically expressed in ESCs. They investigated the possible contribution of these meiotic components during mitotic cell divisions which are closely related to the structure and organization of chromosomes in ESCs.

Based on existing information on meiotic cohesins, the team used mouse-derived ESCs to analyze the expression pattern of mitotic cohesin components. High-resolution 3D-SIM (Structured Illumination Microscopy) and functional analyzes were used to understand how REC8 and STAG3 contributed to chromosomal structure and cell function in mitotic divisions. The team found that if the amount of cohesin protein in the cell is suppressed, the chromosomes exhibit severe compaction, leading to their early non-separation, ultimately leading to an unstable genome. To prevent this crisis, it is necessary to maintain adequate levels of the cohesin factors REC8 and STAG3, which ensure chromosomal stabilization and adequate cohesion of sister chromatids during the cell cycle of ESCs.

This study proves that morphogenesis and chromosomal interaction depend on the presence or absence of mitotic and meiotic cohesin factors. The results provide a better understanding of the process of chromatid cohesion and chromosome formation in mitotic ESC chromosomes. Commenting on the applications of their study, Professor Kim concludes: “The aim of our study was to provide an answer on how the cohesin complex and other regulatory factors are involved in chromosome formation and maintenance of genomic integrity. We believe this will be useful in researching the mechanisms and methods of treating diseases such as cancer, infertility and chromosomal diseases such as Down syndrome.”

Cohesin opens up to cell division

This document is subject to copyright. Except for fair use for purposes of private study or research, no part may be reproduced without written permission. The content is provided for information only.

Leukemia after COVID-19: is there a link?