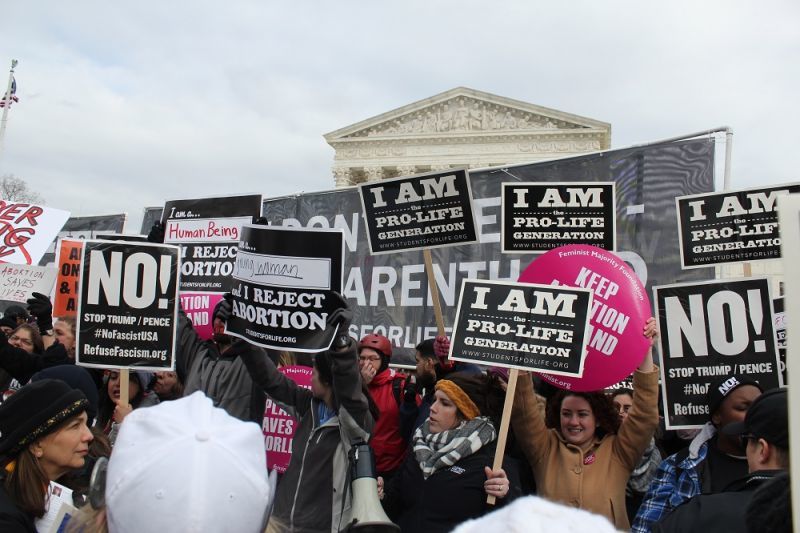 Prohibition of abortion for genetic abnormality overturned by federal court

A federal judge struck down a crucial part of an Arizona law banning abortions based on genetic abnormalities, accusing the state of providing women seeking abortions with “misinformation.”

U.S. District Court Judge Douglas Rayes, appointed to the bench by former President Barack Obama, struck down part of an Arizona pro-life law that criminalizes the practice of abortion “knowing that the abortion is requested because of a genetic defect in the child. . ”

In his ruling Tuesday obtained by The Arizona Republic, Rayes alleged that the provision of Senate Bill 1457 “essentially requires providers to deceive their patients into believing that their constitutionally protected choice is illegal.”

Further, he concluded that the law was designed to “make it less likely that a woman, although wishing to terminate her pregnancy due to a fetal genetic defect, can successfully exercise her right to do so” and accused the able to perpetuate “state-mandatory disinformation.”

In response to Rayes’ ruling, Arizona Attorney General Mark Brnovich has vowed to appeal the ruling.

While Rayes struck down part of Senate Bill 1457 that bans abortions based on genetic abnormalities, he left other parts of the law in place.

He refused to invalidate the provision of the law granting unborn children at each stage of their development “all the rights, privileges and immunities available to other persons, citizens and residents of this state”.

The provisions of the law requiring the cremation or burial of aborted babies and prohibiting the distribution of abortion pills by mail were also not changed by Rayes.

Arizona is one of many states that have enacted bans on abortions performed on the basis of genetic abnormalities.

North Dakota, Ohio, South Dakota, Utah, Tennessee, and Indiana are other states that have banned abortions based on a diagnosis of Down’s syndrome or other birth defects. . The laws received a mixed reception from the courts, with appeals courts upholding the measures in Ohio and Tennessee, while the U.S. 8th Circuit Court of Appeals overturned the ban on abortion in Arkansas.

As U.S. courts continue to debate the constitutionality of laws banning abortion of babies based on genetic abnormalities, the Polish Constitutional Court, the country’s equivalent of a Supreme Court, has ruled that a law allowing such abortions violated the Polish constitution. Meanwhile, the UK’s High Court of Justice last week upheld a law allowing abortions on the basis of fetal abnormalities after 24 weeks of gestation.

Proponents of banning abortions on the basis of genetic defects argue that termination of pregnancy due to prenatal diagnosis constitutes eugenics. They point to the near extinction of babies born with Down syndrome in Denmark and other European countries as a cause for concern.

United States Supreme Court Justice Clarence Thomas warned in 2019 of a concurring opinion on the “potential of abortion to become a tool for eugenic manipulation.”

â€œWith today’s prenatal screening tests and other technologies, abortion can easily be used to rule out children with unwanted characteristics,â€ Thomas wrote.

“In Iceland, the abortion rate among children diagnosed with Down’s syndrome in utero is approaching 100%,” he added. “Other European countries have similarly high rates, and the rate in the United States is about two-thirds.”

A group of children with Down’s syndrome appeared in a 2018 video asking to be placed on the International Endangered Species List.

Opinion polls have indicated that most Americans support banning abortions on the basis of genetic abnormalities. A poll conducted by Marist on behalf of the Knights of Columbus Catholic fraternal organization released earlier this year found that 70 percent of Americans, including 59 percent of Democrats and 56 percent of those who identify as pro-choice, oppose or strongly oppose it “abortion because the child will be born with Down syndrome.”

Ryan Foley is a reporter for the Christian Post. He can be contacted at: [email protected]

We were wrong about the history of the Yom Rishon school; Etc. – J.