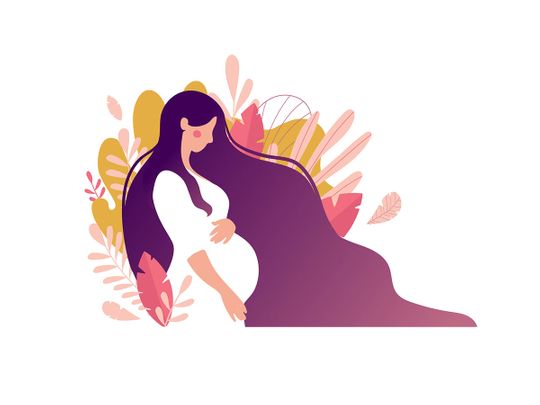 The age of parenthood is increasing every year; for some it’s a matter of choice – think about financial constraints, career goals – while for others it’s a matter of fertility issues that require medical intervention. The American magazine Forbes.com reports that in developed countries, the average first-time mother is 31 years old.

While it’s possible to have an even older baby – Indian woman Jivunben Rabari became a mother at the age of 70 – it usually requires a strategy. “The average age to bring a child has been steadily increasing over time. The concept and practice are multifactorial, involving social factors as well as the advent of the latest technologies such as ART (artificial reproduction techniques). And while the possibility of having the baby at a relatively old age brings hope, it also calls for caution, ”says Dr Mahnaz Fazal, Obstetrics and Gynecology Specialist, Medcare Medical Center Rashidiya.

“Pregnancies at both ends of the spectrum, that is, early pregnancies and older pregnancies, require more vigilant prenatal monitoring compared to the normal expected age of childbearing. When we talk about advanced maternal age, we are referring to a pregnancy occurring after 35 years. But after 45 years, we speak of VAMA, that is to say “very advanced maternal age”. Although the relationship between advanced maternal age and increased risks of unwanted maternal and child outcomes is well established, if appropriate counseling is provided prior to conception and if the vigilant prenatal, childbirth and postpartum period is covered. , then a healthy and normal outcome for the baby and the mother is eagerly awaited, ”she adds.

Did you know that fertility declines with age for both men and women? For women, the decline begins even before birth! Dr Shiva Harikirshnan, Senior Obstetrics and Gynecology Consultant, Medcare Women’s and Children’s Hospital, explains: “A woman’s age is the most important factor affecting fertility. The maximum fertile age is between 18 and 28 years. By the age of 30, fertility begins to decline in women. The decline becomes more rapid after 35 years. Women have a fixed number of eggs (usually around 2-3 million) and it begins to decrease even before birth and it decreases at the rate of 10 percent every year.

What are some of the risks of conceiving later in life?

“As age advances, the risk of chromosomal abnormalities increases,” explains Fazal. “For example, trisomy 21 commonly known as Down syndrome has a risk of 1: 1350 in a 25 year old woman but increases dramatically at 1: 350 at 35, 1: 200 at 40 and 1:35 at 45. Similarly, the risks of miscarriages, preterm delivery, gestational diabetes, hypertension associated with pregnancy, babies with intrauterine growth restriction (IUGR), stillbirth, etc. all increase by several times.The risk of death after birth also increases.

When deciding on a late pregnancy, it is important to seek medical advice regarding:

“When the baby develops early in pregnancy, folic acid helps form the neural tube. Folic acid is very important because it can help prevent certain major birth defects in the baby’s brain (anencephaly) and spine (spina bifida), ”says the US-based Centers for Disease Control and Prevention.

Are you thinking of becoming a mom but worrying about age is giving you the blues? Don’t worry, studies show some benefits. A study published in the European Journal of Developmental Psychology found that children with older mothers – regardless of their parents’ background, education and finances – have better language skills and have fewer behavioral problems. , social and emotional.

While another, conducted by the Danish Aarhus University in 2017 and cited by the Science Daily research center, found that older mothers are less likely to punish and scold their children while raising them, and that children have fewer behavioral, social and emotional difficulties. Professor Dion Sommer of Aarhus BSS, who was one of the researchers, said: “We know that people become more mentally flexible with age, are more tolerant of others and thrive emotionally on themselves. . This is why psychological maturity may be the reason why older mothers do not scold and discipline their children as much, and this style of parenting can thus contribute to a positive psychosocial environment that affects child rearing.

United Arab Emirates-based American expat Cassie Destino, who had twins within months of her 40th birthday, said age gave her a prospect. “I understand and have taken the time to better understand childhood development [than I would have if I were younger],” she explains.

Saudi Arabia-based Mauritian and Gulf News reader Shamila H, who had twins at 40, agrees, saying age has played a role in how she raises her babies. She explains: “If I had been pregnant, I would say, maybe even 10 years ago, things would have been different, you know, I wouldn’t have taken the same care that I took during my pregnancy. .

Age can prove to be an issue when planning for parenthood, but with research, planning, constant vigilance, and a few tips, the journey can be both successful and happy.

Do you have a topic you would like us to discuss? Email us at [email protected]