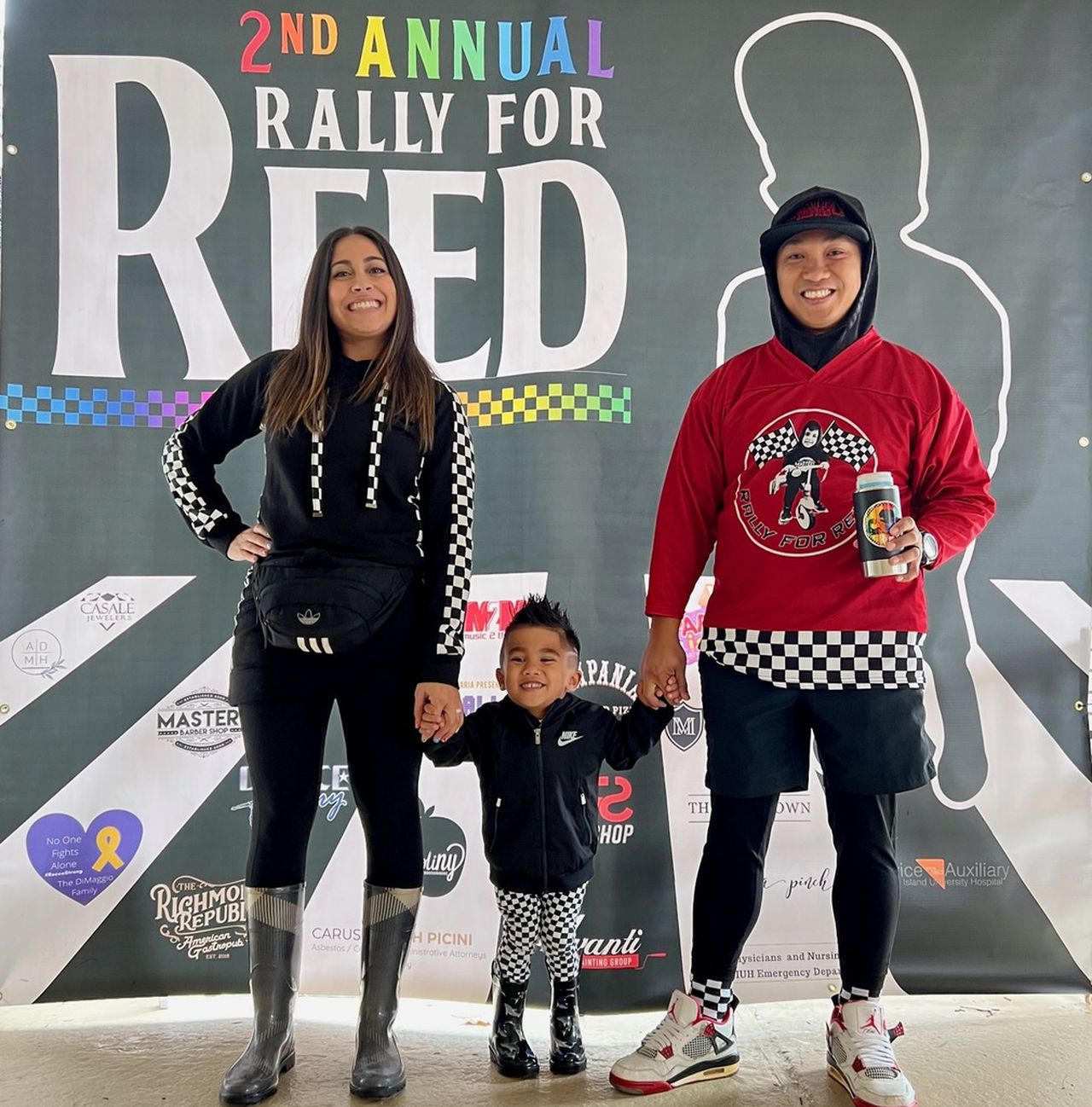 STATEN ISLAND, NY – Say the second annual gathering for Reed! at Nansen’s Park in Reed’s home community, Travis, was a hit would be an understatement.

Despite the bad weather, more than 500 Staten Islanders came out for the cause and made sure the rain didn’t affect the day of fun and goodwill.

“This year we had The Mystery Tour, a Beatles tribute band, since that’s Reed’s favorite,” said Reed’s mother, Carolyn Billeci Rinon. “He even played for hours the bongo given to him by Music with Patrick. My husband and I made arrangements in case the rain was heavy. We had extra tents with heating and more entertainment – ​​but it was too slippery for the bouncing houses and rock wall planned.

Billeci went on to explain that they were able to secure a video game van, as well as the seesaw and whip rides.

“There was even a patch of pumpkins for the kids and extra crafts, plus a Beatles-themed dessert table by Life in the Sweet Lane and balloon displays by Talk Looney to Me,” a- she added.

And the good news is that the Rinons have raised over $25,000 and the donations keep coming in. “We are going to give everything to research on Morquio A syndrome,” she continued.

At just 2.5 years old, as the coronavirus pandemic raged, Reed Rinon, now 5, was diagnosed with Morquio A Syndrome, an extremely rare genetic condition caused by the body’s inability to process waste due to enzyme deficiency.

Proceeds from the fundraisers not only help with Reed’s care and treatment, but will also fund research to find a cure for Morquio A syndrome.

The condition can cause progressive damage to a child’s central nervous system, spine, heart, organs, bones, joints, eyes, ears, and respiratory system and can even cause physical disabilities.

Children with Morquio A syndrome lack or produce enough enzymes that break down sugar naturally produced in the body. The disorder affects approximately every 200,000 to 300,000 births.

“Reed was diagnosed at the start of the pandemic, a difficult time for doctors and specialists and a time when everything was closed,” said Reed’s mother, a nurse practitioner. “He had to have surgery to put a port. And this was at a time when operating rooms were closed and only one parent was allowed to be with him.

It is said that there is no cure for the disease, which is said to be progressive and mainly affects the skeletal systems.

The Rinons have now formed the “Rally for Reed Foundation Inc., to help better filter funds raised to donate to Morquio’s research. And they plan to hold the fundraiser every year until a cure is found.

And since both Reed’s parents are medical professionals — his father Justin is an emergency room nurse at Staten Island University Hospital in Prince’s Bay — the Rinons are acutely aware of their son’s condition and essential treatments and follow-ups.

Reed has hearing aids and will have hip surgery in the next six months.

Every week on a Tuesday, Reed undergoes a four-hour infusion at her home in Travis with the help of a visiting nurse for follow-ups. He receives help at school via a paramedic and physiotherapy and occupational therapy.

“We place a heavy responsibility on doing all the research we can, and making the best impact and helping kids like Reed who need it. We also do a lot of networking with other Morquio A families,” adds Carolyn.

But the Rinon family hopes that with funding for further research, a cure will be on the horizon.

“It’s very common in Morquio’s children and many of his peers have already completed this procedure at a similar age,” says Carolyn. He is trying to get used to wearing his hearing aids in school (kindergarten). He also wears his back brace every night to try to minimize the worsening of his scoliosis curvature.

Several other events are planned over the next year.

Buddy Walk Back in person to promote Down Syndrome Awareness