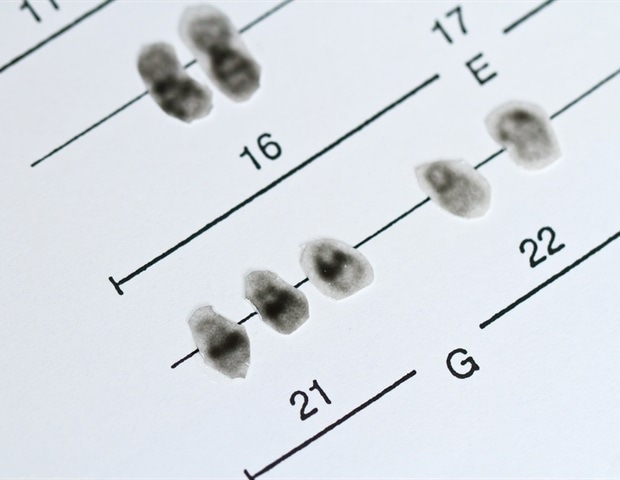 French-Dutch research shows that optical genome mapping (OGM) detects abnormalities in chromosomes and DNA very quickly, efficiently and accurately. Sometimes even better than all existing techniques put together, as they describe in two proof of concept studies published in the American Journal of Human Genetics.

This new technique could radically change the existing workflow within cytogenetics laboratories.

Human hereditary material is stored in 46 chromosomes (23 pairs). Although these chromosomes are quite stable, changes in number or structure can still occur. A well-known example is Down’s syndrome, which is caused by an extra chromosome 21 (trisomy 21). An extra chromosome makes a big difference and is quite easy to visualize. But all kinds of other, smaller changes can also occur in the chromosomes.

Sometimes pieces of DNA are lost (deletions), sometimes a piece is simply repeated (duplication) or it is moved to another location (translocation). An existing part can also be turned over (inversion) and sometimes new parts are inserted (inserts).

All of these structural abnormalities in chromosomes can cause diseases, either congenital genetic diseases, which are present from birth, similar to Down syndrome, or acquired disorders, when the change occurs in a few cells over the course of life that can lead to cancer, as in leukemia.

Cytogenetics is the genetic discipline that examines chromosomes for such abnormalities. To visualize both large and small changes, several complementary techniques are needed, such as FISH, karyotyping, and Copy Number Variant (CNV) microarrays.

These are often laborious techniques which individually can only visualize part of the anomalies mentioned above. Recently, a new technique has become available – Optical Genome Mapping – which more or less brings together the previous techniques.

But the new techniques must prove their worth in practice. At Radboud University Medical Center (Radboudumc), Alexander Hoischen, associate professor of genomic technologies and immunogenomics, is studying new techniques for use in clinical research and possibly later in patient care. This requires close cooperation between Radboudumc and the industry involved in building the latest genomic technologies, in this case the American company Bionano Genomics.

Hoischen immediately mentions two major advantages of GMOs: â€œWe can now examine extremely long stretches of DNA, so fewer pieces are needed to map the entire chromosome. It’s faster and produces fewer errors. Plus, unlike other techniques, we don’t have to pre-process or manipulate DNA, so we are looking at real, “natural” DNA. In short: what you see is what you get.

Bionano has created a tag that attaches to a specific piece of DNA that occurs very often, but irregularly. The ever-changing distances between labels create a unique barcode so researchers always know exactly where they are in DNA.

This labeled DNA is pulled through long, thin nanochannels, while a camera continuously takes photos. Hoischen: “This way we can automatically, objectively and digitally record DNA at a rapid rate and at 10,000 times the resolution of karyotyping. It is a kind of ‘cytogenetics on steroids’ due to its power and speed. “

But how does the technology work? Two articles in the American Journal of Human Genetics give a positive answer. Dr LaÃ¯la El Khattabi of the University of Paris, Alexander Hoischen, and their colleagues, tested the GMO on 85 samples from patients with an inherited disease that had been previously examined with standard tests (karyotyping, FISH, CNV microarray).

Remarkable and exceptional: GMO found them all. El Khattabi: â€œGMOs can really revolutionize the detection of chromosomal aberrations. I think this could be the most significant technological breakthrough in the history of cytogenetics since the CNV microarray.

In the second article, the Nijmegen team of researchers again compared the technique to standard tests. This time, they looked at the DNA of leukemia cells from 52 patients with leukemia, a hematologic malignancy. Here, too, OGM performed optimally by detecting all clinically known deviations. And even more than that.

In a number of cases, the technique has provided better and more accurate analyzes of chromosomal abnormalities. This is quite important, as the right treatment often depends on it. Hoischen: â€œWe are the first adapters of different genomic technologies, often with the aim of quickly and routinely applying them in the clinic.

The very compelling data from these two proof of concept studies once again place Radboudumc at the forefront of technical innovation for health in human genetics. This â€œnext-generation cytogeneticsâ€ could replace ten-year-old routine testing, dramatically improving workflow and patient care. “

Radboudumc researchers Dr Kornelia Neveling and Dr Tuomo Mantere, the original authors of the two studies, are also positive about the technique. Neveling: â€œIt’s a fairly straightforward technology, both for the wet lab and for data analysis, and we anticipate great benefits for use in clinical settings. Additionally, OGM has already helped solve several medical mysteries, some of which have been pending answers for over 20 years. “

Tuomo Mantere, former post-doctoral fellow in the laboratory of Alexander Hoischen and now affiliated with the University of Oulu in Finland: “The easy implementation of this technique and the convincing concordance with standard cytogenetic methods as presented in these two studies convinced me to create GMO now in Finland as well. “

Next-generation cytogenetics are on their way

Down syndrome: causes and risk factors