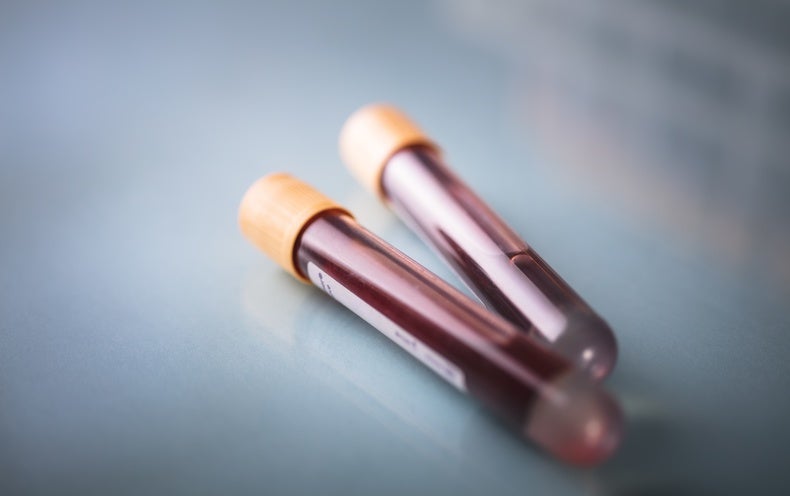 Imagine that you are a future parent. Just a few months into your pregnancy, you opt for easy genetic testing. One result comes back: The fetus is likely missing a piece of DNA at site 11.2 on the long arm of the 22nd chromosome, a variant associated with serious medical and developmental problems.

You go online and learn that at least 1 in 4,000 people have this “22q11.2” microdeletion, but the true number may be much higher. You’ve read about the more than 180 symptoms of 22q11.2 deletion syndrome, including heart defects, hypocalcemia, intellectual disability, autism, and schizophrenia. You learn about the confusing treatment guidelines, the specialty clinics scattered across the country, and the vibrant patient advocacy movement led by the International 22q11.2 Foundation.

Yet the same pathogenic variant – a genetic change or ‘mutation’ known to cause the disease – has been found in people with much milder symptoms, and some who seem barely affected. No one can give you solid risk factors because our knowledge of 22q11.2 deletion syndrome (also known as DiGeorge syndrome) is riddled with “verification bias”: only people with telltale problems are likely to be tested.

Faced with such profound uncertainty, what do you do? Follow up with traditional diagnostic tests, with their invasiveness, discomfort and low risk of miscarriage? And if the result is confirmed, do you terminate the pregnancy?

This type of dilemma is becoming commonplace due to a revolutionary non-invasive prenatal screening technology, known as NIPT or NIPS, which can detect genetic variants as early as nine weeks of pregnancy using a simple sample of mother’s blood. NIPT platforms screen millions of tiny fragments of circulating DNA that are no longer locked up in cells; they float freely. Most of these “cellular-free DNA” (cfDNA) fragments come from the mother, but some will also come from the fetus. NIPT platforms count cfDNA from different segments of the genome to detect variants in the fetus. If, for example, there are fewer cfDNA segments from the 22q11.2 region compared to others, the fetus will be flagged as “high risk” for 22q11.2 deletion syndrome.

In short, it is a screening for the risk of a disease rather than a diagnostic tool, but NIPT avoids the inconvenience of invasive tests such as amniocentesis and the risk that these tests carry. It is also increasingly covered by major insurers.

Prenatal screening is big business. The annual NIPT market already exists $4 billion and grows rapidly; like other prenatal genetic tests, it is not regulated in the United States.

NIPT has already helped millions of families, including my own, rule out several serious genetic conditions early in pregnancy, while enabling many others to make informed reproductive decisions when screens detect a variant.

Like a front page article published in the New York Times described recently, NIPT is becoming a routine part of prenatal care, even though most fetuses who screen positive for rare diseases do not have the variant in question. Like many other screens, NIPT often subjects patients to an agonizing wait until other diagnostic tests sort through true and false positives. To be clear, only invasive tests like amniocentesis that analyze DNA taken directly from fetal cells can confirm a prenatal genetic diagnosis. Like a recent recommendation from the Food and Drug Administration belatedly revealed, NIPT companies and healthcare providers should be upfront about this.

But this issue of false positives only scratches the surface of the myriad dilemmas triggered by cutting-edge prenatal screening technologies such as NIPT and preimplantation genetic diagnosis (PGD) – a process in which a laboratory-fertilized embryo is screened for genetic disorders before being implanted in a womb.

So what about families whose positive NIPT or PGD result is confirmed by subsequent diagnostic tests? They are the ones who must then make the life-changing decision to continue or abort a pregnancy. What does this revolution in prenatal screening mean for them, for groups affected by genetic diseases and for society?

To address these questions, we need to look at the types of genetic conditions detected by the NIPT and DPI platforms. Down syndrome (trisomy 21) naturally dominates discussions of prenatal screening, but it is only the very visible tip of a much larger and murkier iceberg. For each genetic variant that explains a well-characterized condition, there is many others whose implications are much harder to pin down. Some produce symptoms that are consistently severe, while others are variable or mild, but due to verification bias we don’t know their true range of health and developmental effects. Some are very rare, others not; precise prevalence estimates are notoriously elusive. Cumulatively, however, these disorders are quite common.

If NIPT and PGD become as widespread and comprehensive as experts anticipate, many thousands of expectant parents will learn each year that their fetus has a pathogenic variant. But we won’t always be able to tell them what this means for the future of their potential child.

Companies often add genetic variants to their prenatal screenings as soon as their technology can detect them, and not because of careful assessments of severity or treatability. Early on, the NIPT expanded to include 1 in 1,000 people with trisomy X (people with three X chromosomes) or XYY syndrome (one extra Y). Most people with trisomy X and XYY are so mildly affected that they never referred for genetic testing. Whole extra chromosomes were just easy targets for new screening technology.

In recent years, NIPT has expanded to include a panoply of lesser-known and underdiagnosed disorders such as 22q11.2 deletion syndrome, 1p36 deletion syndrome, and many others. PGD ​​and invasive testing already includes these and many more. With fierce competition and rapid innovationit’s clear where this is headed: mass prenatal genetic screening for an ever-growing list of genomic variants.

NIPT and PGD therefore raise ethical issues that do not sit neatly in futuristic discussions of “designer babies” or entrenched abortion debates.

Identifying genomic variants in fetuses is becoming easier, but it will take years of investment to provide solid information, guidance and care to families facing genetic diagnoses.

Many more parents will face harrowing dilemmas regarding sex-selective abortion, the decision to terminate a pregnancy following a positive prenatal genetic test. Studies have shown that people often decide to terminate a pregnancy after discovering even mild genetic diseases such as trisomy X and XYY syndromes. After all, as disability rights advocates have done long underlinedincluding a condition on a prenatal genetic test implies that it may be incompatible with a “life worth living” – especially in a society that places an enormous burden on families raising a disabled, sick or differently developed child .

NIPT and PGD can transform the landscape of genetic disorders and differences. Many more people will come into the world with a diagnosis. But the very demographics of these genetic conditions can change as a result of screening and selective abortion. They are likely to become less common overall, but also geared towards people who are more religious or less able to access genetic testing and abortion services, namely people who are socio-economically disadvantaged or who live in solidly republican states. Paradoxically, patient advocacy groups dedicated to these conditions may end up with more members even as the populations they represent shrink.

With so many genetic variants, NIPT and PGD have profound implications for how we deal with disability and developmental differences as a society. It challenges us to envision a rapidly emerging future where prenatal genetic testing has complex eugenic effects, not because of coercive and racist government programs that date back to the early 20th century, but because thousands of legitimate decisions and extremely personal will transform the population. distribution of certain forms of disability and difference. This can be troubling for those of us who ardently support women’s reproductive rights. Nevertheless, noninvasive prenatal genetics is uncharted territory; we must grapple with the profound dilemmas it poses.