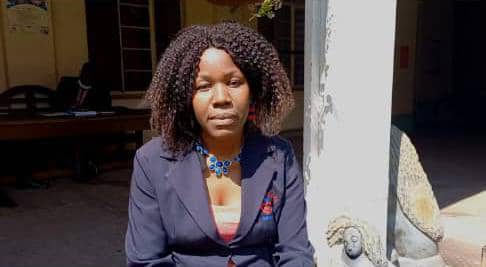 Mothers of children born with Down syndrome cry in front of MPs, feel neglected by government and families

Brave Little Hearts Zimbabwe (BLHZ) MOTHERS broke down in front of parliamentarians last week recounting the challenges and difficulties they face in trying to ensure their children have access to treatment in government hospitals.

BLHZ has petitioned Parliament about the plight of children living with heart disease in the country.

The organization’s founder and executive director, Tendai Moyo, lost her baby girl to heart disease on January 21, 2018 after an alleged case of nurse neglect at Mpilo Hospital.

According to Moyo, the baby was born on May 9, 2017 and was diagnosed early.

“My daughter (a high-risk baby) passed away a painful death. Even to this day, I am still troubled by the negligence of one of the nurses at Mpilo Hospital in Bulawayo. She could have survived if the hospital had a portable oxygen machine. The nurse on duty failed to get an oxygen hose back to my daughter who could barely breathe on her own. I was then advised to queue for an oxygen tank a 10 minute walk from the facility.

“My daughter was queuing to be flown to India for heart surgery. There are no echo machines in Zimbabwe except Bulawayo and Harare, only nationwide,” Moyo said.

An ECHO is a machine that analyzes cardiac functionality.

Moyo added that she reported the neglect issue but was not receiving any help except being bounced from office to office.

“I decided to form BLHZ to help mothers who are going through what I went through. I want this to end and every child to receive medical care. We are losing many young lives that could be saved if the authorities granted the recognition that our children deserve.To date, there is no health strategy regarding this condition and when we ask for help, we are asked to have a memorandum of understanding with the ministry which has taken years while our children die.

Trisomy 21 is a genetic disorder of chromosome 21 causing developmental and intellectual delays and is sometimes associated with heart problems. However, the condition cannot be cured although treatment may help.

Speaking to members of the Parliamentary Health Portfolio Committee, Moyo said most children born with Down syndrome die due to several challenges including misdiagnosis, wrong medication, delays in paperwork for those who having to travel abroad for surgeries and the lack of support from parents and spouses.

She told the committee that the negligence of public hospital staff was another challenge that led to her child’s death.

“Even at home, we face challenges. Most of the young women in BLHZ have been abandoned by their husbands. Kumusha kwedu hakuna zvakadai. Izvi ndezvekumusha kwenyu (There is nothing like it in our family. You brought such genes from your family) Some men may even tell you that children born with such a condition are demons and leave you. Men do not understand our psychosocial support that mothers need.

“We are then forced to take care of the children alone. In this difficult economic environment, we are unable to help our children and finance their treatment. It is so painful to watch your child deteriorate health-wise and end up dying without any help,” Moyo added almost in tears as she spoke to NewZimbabwe.com.

She added that primary care for children was lacking, alleging most of them were used as teaching objects in hospitals.

Another mother, Deloice from Greendale, lost her child in almost similar circumstances.

Mothers spoke of discrimination and stigma from health and learning institutions and general communities from which they come.

“We ask the government to help us in this difficult time. Hatina kokuchemera,” DeLoice said.