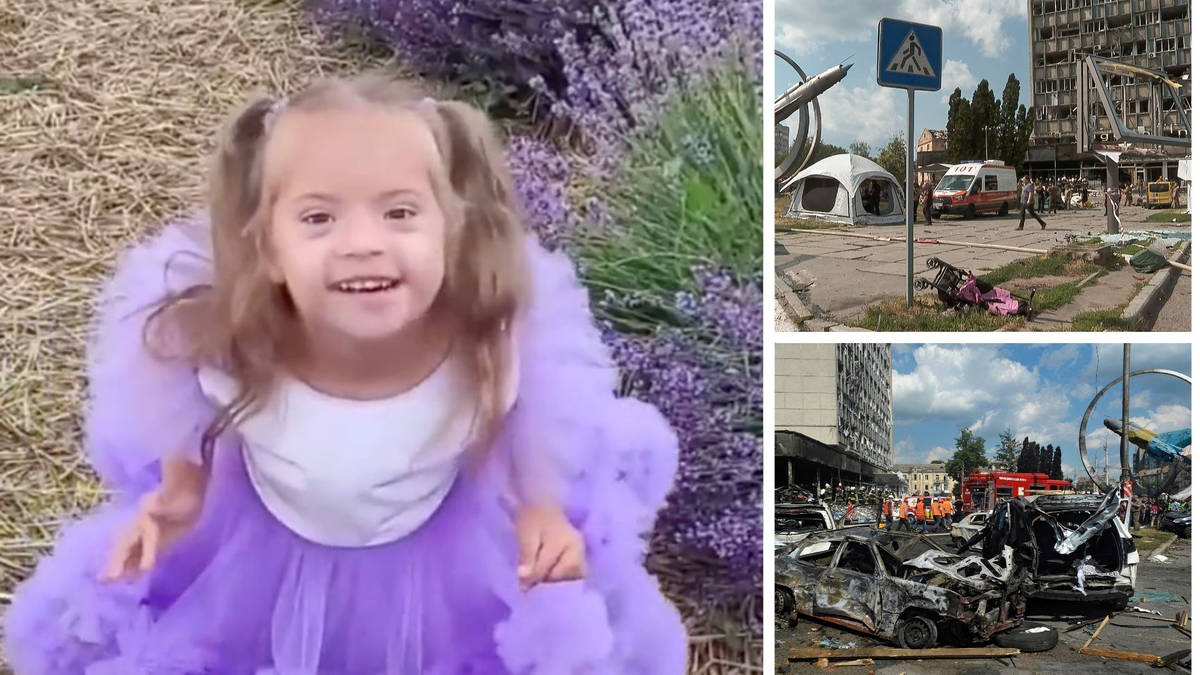 Massacre of Innocents: Girl with Down syndrome killed in Putin’s latest atrocity

Heartbreaking footage of a young girl killed in a Russian missile attack has left Ukrainians devastated – with the president calling Putin’s country a ‘terrorist state’.

Photos of four-year-old Liza Dmitrieva have emerged amid claims children were torn apart in the brutal strike on Vinnytsia, a town in central Ukraine – a long way from the front lines.

At least 20 people have been confirmed dead after three submarine-fired missiles devastated the city center around 11 a.m. Thursday.

Among them was Liza, who had Down syndrome and heart and mobility issues. She was confirmed dead after a photo of an empty pram – believed to be hers – near an exploded building raised fears among Ukrainians.

Her mother Iryna documented her life on social media, posting images to nearly 20,000 followers on Instagram, educating people about her health issues.

Liza’s short life came to a brief and brutal end at the hands of Vladimir Putin’s invading forces, the latest in a series of atrocities committed in the name of his “special military operation”.

This beautiful girl from Vinnytsia, Ukraine was killed by Russians today. She had Down syndrome, heart and walking problems, but her mother never gave up on her and had an Instagram profile dedicated to her with 19,000 followers where she educated others about these health issues. pic.twitter.com/fxnXPycROd

Iryna, a 33-year-old designer and blogger, had her foot blown off in the explosions and was fighting for her life in hospital.

Ukrainian President Volodymyr Zelenskyy said it was part of a deliberate Russian plan to target civilians.

“Every day, Russia destroys the civilian population, kills Ukrainian children, directs missiles at civilian objects. Where there are no military (targets). What is it if not an act of open terrorism?” he said.

His wife, Olena Zelenska, Ukraine’s first lady, said she knew Liza from a Christmas event she attended and left her a loving tribute.

“Today we were horrified to see a photo of an overturned pram from Vinnytsia,” she wrote on Twitter.

“And then, reading the news, I realized that I knew this girl. Knew… I won’t write all the words now that I really love those who killed her.

“We met while recording a video for the Christmas holidays. The little brawler managed to paint not only herself, her holiday dress, but also all the other children, me, the cameramen and the director with paintings in half an hour…

“Watch her alive, please. Crying with her loved ones.”

Maria Romanenko, a Kyiv journalist based in Manchester, said: “This beautiful girl from Vinnytsia, Ukraine was killed by Russians today.

“She had Down syndrome, heart and walking problems, but her mother never gave up on her and had a dedicated Instagram profile with 19,000 followers where she informed others about these health issues.

“His mother had her foot ripped off after the Russian missile exploded. Doctors are fighting for her life.”

Photos from the aftermath of the attack show cars and streets that were wiped out in the attack as fires rage in the open.

CCTV footage shows people enjoying an ordinary day, walking dogs or cycling, before the attack sent them falling to the ground or fleeing the area.

Vinnytsia was considered relatively safe and was used as a transit point for people fleeing the invasion.

While Russia has hit the town in the past when it attacked an air force command center, Ukraine said there was nothing military to target.

Russia did not comment on the attack but said it did not target civilians.