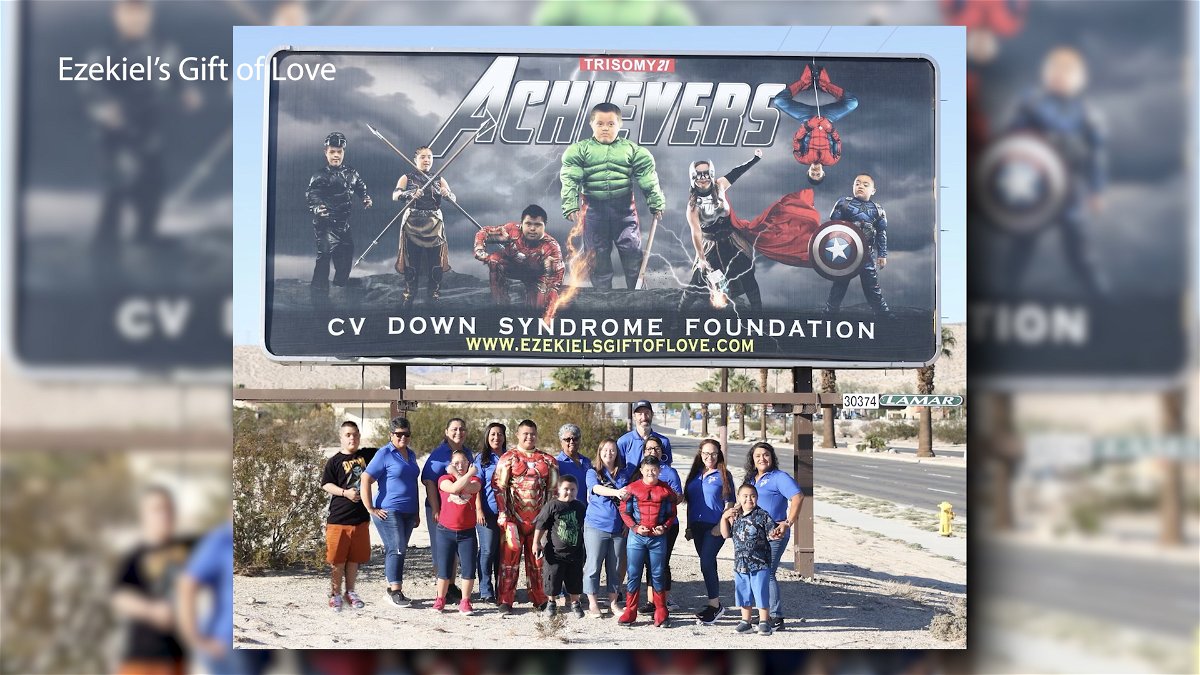 People with Down’s syndrome are constantly breaking boundaries and the organization “Ezekiel’s Gift of Love” wanted to find a unique way to let the community know about it.

If you’ve walked some of the Coachella Valley roads, you may have noticed their effort to showcase the strength of some brave local kids. “Ezekiel’s Gift of Love” installed two billboards, one on Date Palm Drive near Los Gatos and Cathedral City, the other on the Interstate near Palm Desert.

The billboards feature a photo of several children and youth dressed as Marvel superheroes in the style of the “Avengers.”

Yadira Regla Cuevas, founder of “Ezekiel’s Gift of Love” spoke to Marco Revuelta from Telemundo 15 about the idea behind the billboards.

“The project is Trisomy 21 Achievers. It’s a medical term for Down syndrome and it’s an Avengers spin-off. We wanted to show the essence of real heroes, everyday heroes and as parents, we see that, we see them, the determination it takes to go through their therapies, and all the extra hours and efforts that they have to put in every day from very simple things that we take for granted every day like walking talk, they have to work three or four times harder, ”Cuevas said.