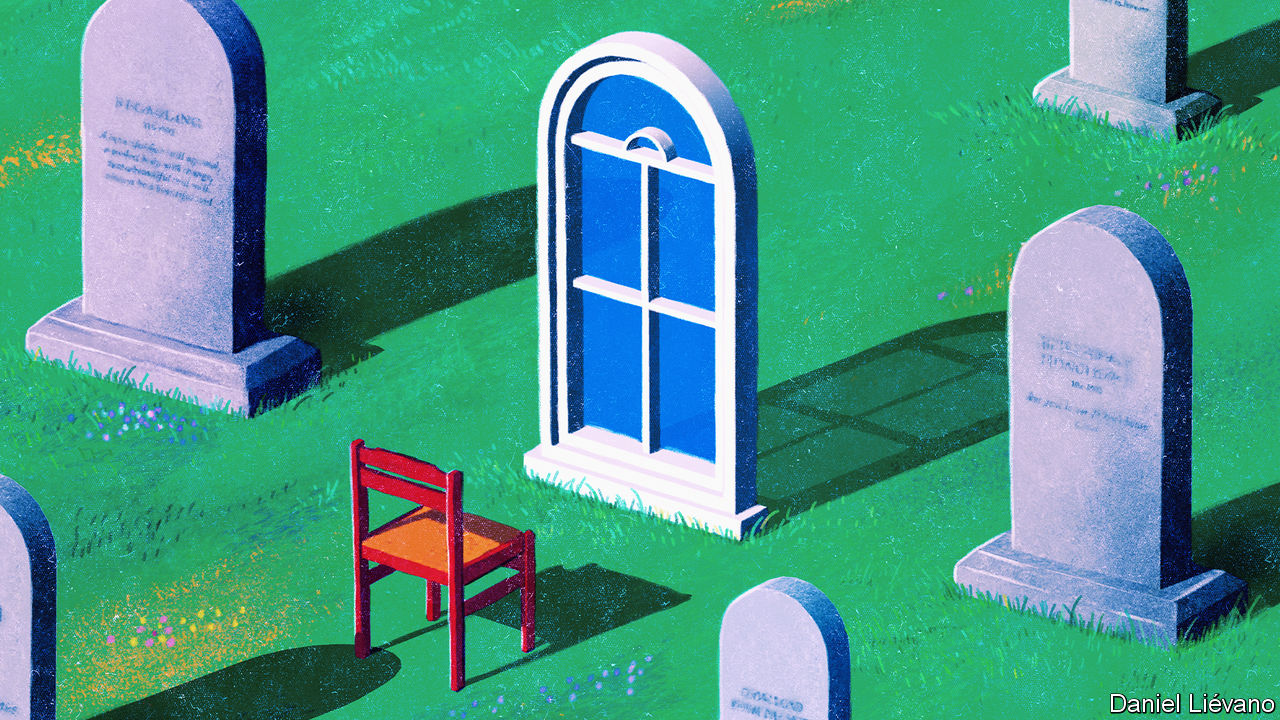 Letters to the Editor | The Economist

Enjoy more audio and podcasts on ios Where Android.

Letters are welcome by e-mail at [emailÂ protected]

Your claim that â€œthe scrutiny has been intenseâ€ in assisted death cases is astounding (â€œA Final Choice,â€ November 13). Little data is available on the quality of deaths and we rely mainly on the doctor for self-report. The Dutch, world experts in assisted dying, are clear that the procedure can fail and requires â€œrescueâ€ euthanasia. We don’t have any useful data on drug safety. Using death as the sole endpoint is like claiming an effective drug treatment for baldness, but ignoring vomiting and seizures. Doctors will need to prescribe untested drugs.

More and more abuses are appearing. In a Dutch euthanasia clinic, requests for assisted dying were more likely to come from single women with lower education, depressive disorder and a history of sexual abuse.

Additionally, palliative care does not thrive with assisted dying. The Belgian and Dutch growth of all palliative care services has stalled since 2012. When it comes to public support, a recent survey found that 42% of the British public believed that assisted dying meant refusing or stopping them. life-sustaining treatments, which are already legal in the country; 10% thought that physician-assisted dying was hospice-type care. Less than half understood that it was about giving lethal doses of drugs to end life.

Medical assistance in dying is not a panacea and will not stop bad deaths, especially when 118,000 people in Britain each year do not get the palliative care they desperately need. This is the real scandal.

Extensive Dutch investigations have revealed that thousands of patients have received lethal injections without explicit request, and that thousands of cases have gone unreported, both in clear violation of legal “safeguards”. Five years ago, the government proposed a new easing: assisted suicide for seniors who think their life is “over.”

The abuse and the slippery slope are reality. Indeed, the reality of the slope is inherent in the very file that you make of legalization. If the guiding principle is “that individuals have the right to choose how they end their lives”, why not give to every competent person who wants to be killed, whether sick or dying or young and healthy, a lethal injection?

As the technological capacity to manipulate our human condition increases, our appreciation for the variety and possibilities of life must also increase. The evolution of prenatal testing for Down syndrome has not led to any Down deliveries in some European countries for a number of years. Parents who wish to continue a pregnancy after a positive test are considered, more or less secretly by doctors, and openly by Richard Dawkins, as irresponsible and deviant. Yet, I remember my experience in Cambridge working with people with Down’s Syndrome who revealed a lot about what it means to be fully human in ways that the university did not.

Having kept many people company as a priest after a terminal diagnosis, I have discovered the tremendous surprise of enriching experiences, both for the patients themselves and lastingly for those who love them, precisely where the control of our life is collapsing. If we are to legalize physician-assisted dying, it must be in a truly mixed system in which religious belief (whatever we mean by that slippery term) is not viewed with condescending derision. Beyond our mental and technical control, as Hamlet told Horatio, lie unsuspected things; the cracks Leonard Cohen sang about where the light breaks in.

One in six seniors experiences some form of abuse in a community setting, according to the World Health Organization. If the protection of the living cannot be guaranteed, what hope is there for the dying? You have argued that no apparent abuse of euthanasia has taken place in countries where it is legal. But there is always a shift in government mission. The world’s population of people aged 60 and over will more than double by 2050. What greater incentive will governments have to seek the easy way out for expensive retirees?

My wife was struggling with a fatal disease that robbed her muscles of the ability to function but left her mind intact. When she couldn’t do enough of the things that made her life meaningful, her only legal option was to stop eating and drinking. Despite the best palliative care, it took her 11 uncomfortable and painful days to die. Our pets normally die faster and painlessly.

Life, after all, is a terminal condition, and as such is “an unnecessary episode disturbing the blessed stillness of non-existence” (Schopenhauer). Since our birth, genetics and location are purely random, we should all be certain of how and when we die. A truly civilized society based on rational thought would provide the opportunity and conditions for its citizens to exercise this choice.

Regarding the low uptake of the covid-19 vaccine in parts of Europe (“The Arc of Susceptibility”, November 13), I live in the south-eastern fringe of Bavaria, an area rich with one of the rates lowest vaccination rates in Germany and the highest number of infections. Here, as in Eastern Europe, the intensive care units are packed. Alas, we can hardly blame official negligence or misinformation for our reluctance to get bitten. Rather, it is a peculiar penchant for weak-minded charlatans, characterized by the exorbitant number of homeopaths offering their services, that is to blame.

“The disoriented express” (November 13) reported on the difficulties of interconnected rail transport in Europe. A successful service is the LÃ©man Express, a border train that connects part of the French network to the Swiss network, helping people to leave happy in the morning after a delicious croissant and coffee, to get to work to taste good Swiss chocolate. at their desk. . Who said the train charm was over?

I read with interest that an American court had recognized animals as people (“Wallow on”, October 30). As soon as possible, I plan to call the police to stop the criminal gang of mice in my garage, which is raping, vandalizing and robbing me, as well as trying to break into my house.

This article appeared in the Letters section of the paper edition under the title “Assisted death, covid-19, Franco-Swiss trains, animal rights”

What they can tell you about growth