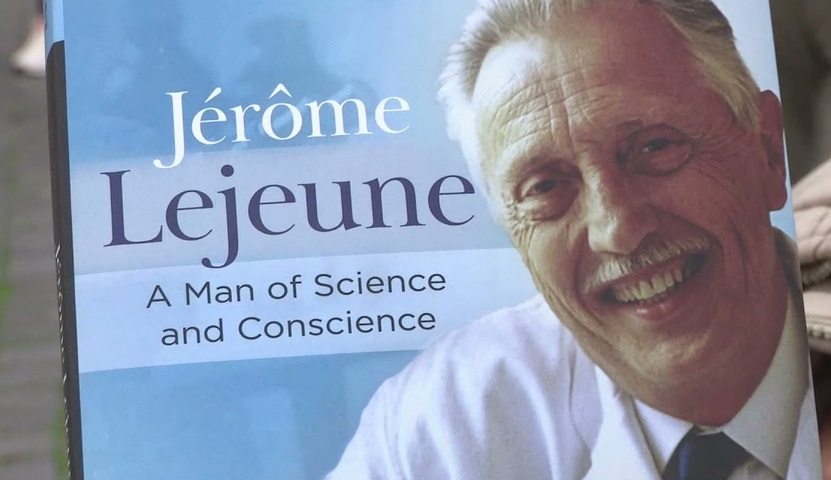 Lejeune was a servant of life, love and truth

In JÃ©rÃ´me Lejeune: Un homme de science et de conscience, author Aude Dugast paints a captivating portrait of one of the most innovative geneticists of the 20th century, the man who discovered the cause of Down’s syndrome. follows not only the great scientific achievements of Dr. Lejeune, but also his fight for the life and dignity of his patients, his devout spiritual life and his deep compassion. The culmination of 11 years of in-depth interviews with Dr Lejeune’s family members, patient families, colleagues and friends, Dugast’s work offers a fresh and intimate look into the life of the pioneer of modern genetics. .

By Carol Glatz
One of the most important “servants of life in the world” was the late French geneticist JÃ©rÃ´me Lejeune, who devoted his “scientific genius” to serving children with Down’s syndrome and their families, said the woman officially promoting of his cause of holiness.

He was also “a servant of charity”, testifying to an unconditional love that was rare at the time for these born and unborn children who were in danger of aborting, said Aude Dugast, postulator of his cause for canonization and author. of a new biography on his life.

Dugast spent 14 years researching, interviewing, and gathering evidence for Lejeune’s cause, which advanced in early 2021 when Pope Francis acknowledged that Lejeune had lived a life of heroic virtue and the declared “venerable”. Confirmation of a miracle attributed to his intercession will be necessary for the next step in the process, beatification.

She transformed this in-depth study into a book just published by Ignatius Press, entitled â€œJÃ©rÃ´me Lejeune: a man of science and conscienceâ€. In it, she describes the life and work of the world-renowned French pediatrician and geneticist, who helped uncover the cause of Down’s syndrome, fiercely opposed abortion, and tirelessly supported his “tiny patients. And their families.

Working with others, Lejeune found evidence in 1958 that the physical and intellectual impairments in Down’s syndrome, or trisomy 21, were caused by an extra copy of chromosome 21.

It “was a revolution for the family,” Dugast told Catholic News Service in Rome on October 26, because until then people thought that the birth of a child with this disability “was the end of the world. “.

People often thought that Down’s syndrome represented some kind of sin, punishment, or imperfection in the family, which could lead to the child being hidden from public view or siblings not hanging out. not marry because it was feared that their children would be born in the same condition, she explained. .

Finding a scientific explanation erased the superstition, but not always the stigma, that is, until families met Lejeune, she said.

Dozens of mothers who had taken their children to Lejeune told Dugast that this meeting was the first time they had met someone who looked at their child with love and not with disgust or embarrassment.

He showed â€œso much love that it was as if he had before him a prince or a Christ on the cross or, another (mother) said to me: ‘He was looking at my child as if he had eyes of Christ, â€said Dugast.

He held and played with the child and spoke humbly and honestly to the parents in a simple way that somehow transformed them, giving them “new strength” and a feeling that they were no longer alone in the world, a- she declared.

He could not find a cure for the disease, but it “healed the hearts of the parents and the child,” she said. The JÃ©rÃ´me Lejeune Foundation is continuing its research, care and advocacy with a medical center specializing in trisomy 21 in Paris and, since March 2021, in Denver.

Lejeune could have sought fame and fortune in any of the many universities and labs who wanted to, Dugast said, but instead he devoted himself entirely to providing medical care and support to these. children, especially as prenatal testing has become more common, and abortion has been legalized.

He was like “a wise fourth,” offering his gifts of intelligence and medical and scientific know-how to a vulnerable child who “awaited him,” she said.

Lejeune believed that funding, research and time were better spent finding a cure and better care for these children rather than using the field of medicine to kill the patient when a cure could not be found, a she declared.

â€œWhen you kill a patient, you also kill hope, the hope of medical science,â€ she said.

â€œHis holiness is based on loveâ€¦ and his intelligence,â€ said Dugast.

Sometimes people think â€œto be a good Christian or a saint, we have to put our intelligence a little aside, that it is enough to believe and that we do not need intelligence to believeâ€, he said. she declared.

In addition to numerous prizes and distinctions from all over the world, Saint Paul VI appointed him a member of the Pontifical Academy of Sciences in 1974. He became a great friend of Saint John Paul II, who supported his efforts to ensure that the science serves and defends life and appointed him president of a newly created Pontifical Academy for Life. Lejeune was only able to serve as president a few weeks before he died on Easter Day in 1994.

In a message marking his death, Saint John Paul declared that Lejeune was “a great 20th century Christian, a man for whom the defense of life has become an apostolate” – a form of lay apostolate which is “particularly necessary In the world today.

Dugast said Lejeune’s holiness developed over the course of his career as he spoke continually and courageously very publicly in defense of human life based on his faith, what science knows, and his oath to ‘Hippocrates as a doctor – not to hurt.

â€œThis is simple holiness,â€ she said, because in essence he just â€œtook the gospel seriouslyâ€.

â€œThe gospel says to love unconditionally anyone who is of equal worth in the sight of God,â€ and that is exactly what he did, she said.–CNS