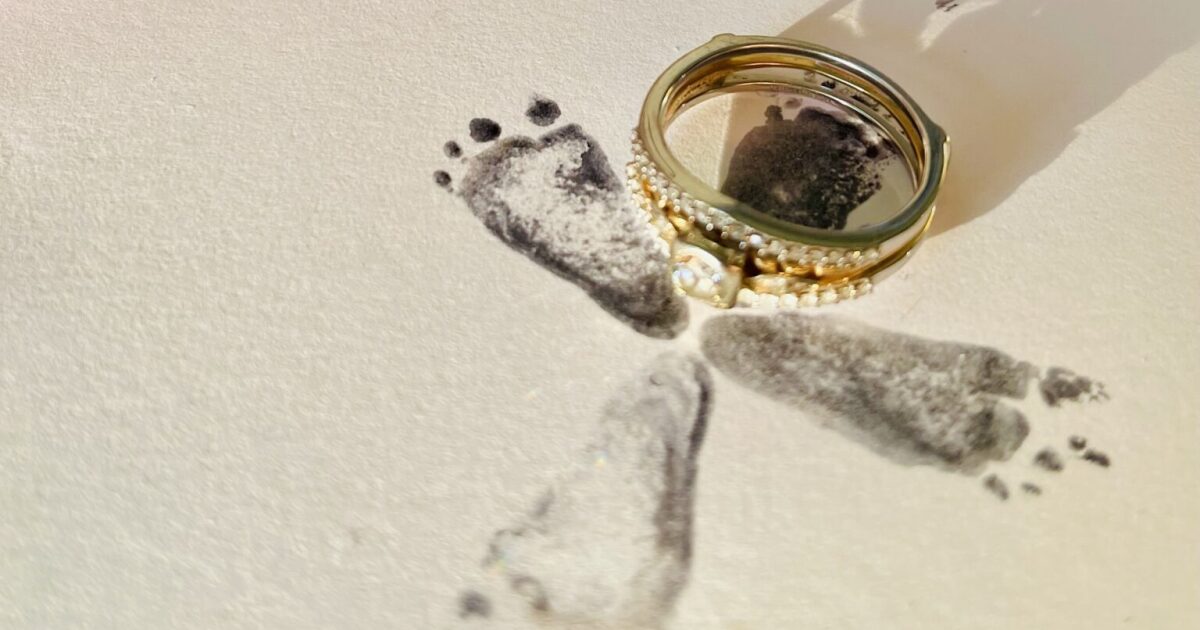 Michelle Cilley Foisy plans to notify House lawmakers on Thursday of the death of her daughter Kayla, who would have turned 16 in December. When the story becomes almost impossible to tell, Foisy recalls that she is telling it for women who today do not have the options she had when they learn in late pregnancy that their baby will not survive outside. of the uterus.

This news came at 21 weeks for Foisy and her husband, Ryan.

Their daughter had no brain and lacked a chamber in her heart. Death after childbirth was certain, their doctor told them. Foisy and her husband needed time to absorb the news, consider options, talk with family and do follow-up tests.

By the time they got in touch with a doctor, Foisy was just over 22 weeks pregnant. The couple chose a medical abortion. Today, just a few days’ delay would make that choice illegal under the state’s new 24-week abortion ban, because there’s no exception for a fatal fetal diagnosis (no rape or incest). ). And a doctor who did could be jailed for up to seven years and fined $10,000 to $100,000.

“It’s just not something people do because they just say, ‘Oh, you know what, maybe I should have an abortion,'” Foisy said in an interview on Wednesday. “It’s such an impossible decision.”

She added: ‘It is wrong to judge someone for making the choice to let their baby go. I choose to let my child be free from a life that does not exist on the outside. I don’t think I chose to kill Kayla. I think about it as if I had chosen to let her go.

Last week, the Senate rejected legislation that would have repealed the ban and a separate amendment that would have left it in place, but added an exception for a fatal fetal diagnosis like Foisy’s. The 11-13 vote against the latter failed along party lines except for the support of Sen. Erin Hennessey, a Republican from Littleton.

On Thursday, the House Judiciary Committee will hear public testimony on House Bill 1673, another attempt to repeal the abortion ban, as well as a bill and constitutional amendment that would ban the state to restrict access to abortion (Bill 1674 and CACR 18).

Doctors testified that very few abortions are performed after 24 weeks, and those performed under more difficult circumstances, such as protecting a mother’s life, removing a dead fetus, or allowing a family to end a pregnancy that will result in a stillbirth or a baby that will soon die. (The ban allows an exception only for the life of the mother.)

Women who faced these tough decisions late in pregnancy also began telling their stories in hopes of repealing the new law. They are stories of death and love.

Kelly Omu and her husband, David, from Jaffrey have not picked up the butterfly mobile they hung up for their daughter, Mariposa, who they lost in November. They cherish the imprint of their baby’s little feet.

The couple ended their pregnancy in January at 18 weeks after an ultrasound showed a large cyst was growing at the base of their daughter’s brain. They wouldn’t have known for weeks if Omu hadn’t hemorrhaged and needed an early ultrasound in the ER. The image showed unusual thickness on the baby’s neck, sometimes an indication of Down syndrome.

It was the couple’s first pregnancy. Abortion was not an option.

“We talked about it and decided that we would love this baby no matter what as long as there is quality of life,” Omu said.

The couple have been asked to return in two weeks for genetic testing. When the tests indicated no problems with the baby, Omu followed up two weeks later with another ultrasound. The tumor had grown three times.

Sixteen weeks into the pregnancy, Omu got an appointment with a maternal-fetal medicine specialist at Elliot Hospital. The growing cyst was interfering with the development of the baby’s lungs and brain. The doctor told Omu and her husband that the prognosis for delivering a viable baby was not good, but said they could wait two more weeks, enough time to get a better picture of the heart. of the baby and an understanding of the cause.

“My husband asked, ‘If we find out the reason behind this, is this all reversible? Even if the swelling stopped today, would this fetus be okay,” Omu said. “And the doctor said, ‘No’.” The couple took the weekend off to think about the diagnosis and do their own research. It took two weeks to get an appointment with an abortion provider in Boston, one of two places that offered abortions after week 15. The couple did not feel comfortable with the other option , the Dartmouth-Hitchcock Medical Center, because the hospital was treating so many COVID-19 patients.

The day before the proceedings, Omu testified at a Senate Judiciary Committee hearing in support of Senate Bill 399, which sought to repeal the ban.

Those who oppose repealing or reducing the ban have cited scriptures, spoken of the “barbarity” of abortion, the rights of an unborn baby, the choice of adoption over than abortion and the potential for errors in a fatal fetal diagnosis.

“I’m 18 weeks now. Having to grieve this pregnancy loss is hard enough, but having to navigate all these crazy hoops is too much,” she said. discovered at 24 weeks? How much harder it would have been for me and my family. The last thing we should have to do is leave the government in the exam room with us.

In a 3-2 vote to the party line, the committee amended the bill to remove the repeal and retain only the section clarifying ultrasound requirements before an abortion.

Dr. Oge Young, a retired OB-GYN who practiced in Concord, fought the abortion ban before it was passed as part of the state budget last year. He is still fighting.

“To not allow maternal medicine specialists or OB-GYNs to help a couple terminate a baby that won’t survive is appalling, just appalling,” he said. “They are brainless babies. No developed left ventricle. Babies without kidneys. It’s not as if these diagnoses were questionable.

Young said many couples facing fatal fetal abnormality choose to terminate the pregnancy early so the baby is born alive rather than dying in utero. “They want to have a child born alive so they can hold that baby in their arms. So that they can mourn.

It is the choice of Foisy and her husband. They held Kayla, who was already deceased, for several hours and had her baptized.

“She was 12 inches long and weighed 14 ounces,” Foisy said. “His fingers and toes were perfect. Her little feet and hands are printed and hung on my wall to watch everyday. It was the hardest day of my life to leave her behind when I left the hospital the next day.

Foisy now has four other children and two stepchildren with her husband, Sean, and counts Kayla as her seventh.

They celebrate Kayla’s birthday every year and keep a flower garden in her memory.

“Not a day goes by that we don’t think of her. She is an integral part of our family,” Foisy said. “All of our kids know that Kayla is our angel and we talk about her all the time.”

It was not a choice a mother from the Monadnock area who terminated her pregnancy at 27 weeks could make.

The woman, who asked not to be named for fear of judgment and backlash, became pregnant in her twenties while studying abroad. She had the standard ultrasound when she returned, about 24 weeks into her pregnancy. Concerned about the gray matter in her son Andres’ brain, intestines and abdomen, her doctor referred her to Dartmouth-Hitchcock Medical Center for further testing.

Several tests and medical appointments followed. Doctors tested his blood several times and tried to draw his son’s blood from the umbilical cord, a painful procedure.

The results led to a heartbreaking diagnosis and prognosis. Cytomegalovirus, a common virus passed from mother to baby, filled her body with blood and slowed her growth and brain development. She was told that there was probably no chance her son would survive the pregnancy and, if he did, survive the labor. If he lived both somehow, he would have no brain function or quality of life.

She had to go to a clinic in California because it was the only place where abortions were performed at this stage of the pregnancy.

The woman gave birth to her son after a three-day termination procedure. Not only was he not alive, she was unable to hold him as the medical team said his body was in no condition to be handled. She left California with a picture of him and his footprints and handprints.

She canceled her baby shower and told her university that she would no longer be eligible for foster housing. She said she told her story to less than 10 people. She shares it now because the abortion access debate has made her angry.

“The way they talk about it is like it was just a woman who decided at 30 weeks that she wanted to kill a child,” she said. “It bothers me a lot because (they) clearly don’t know what kind of situations are happening.”

Her son would be 22 next month. She and her two brothers will wish him a happy birthday.