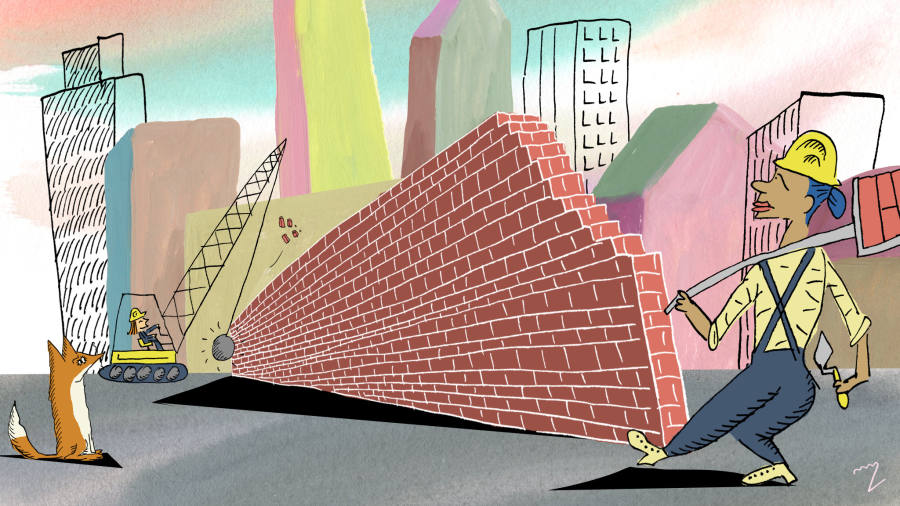 Imagine asking a room of five hundred women, “Raise your hand if you’ve experienced impostor syndrome.” I did this recently. A sea of ​​hands went up, including mine. Because we have been raised to believe that we are in the grip of this “syndrome” and whenever we feel doubt, insecurity or questioning, we should label it as such. It is painful and unpleasant. So, naturally, we want a diagnosis. This makes sense if the patient has impostor syndrome.

My aim, however, was to demonstrate that this must be nonsense. I’m not a doctor, but it seems to me that if 90% or more of people report having a disease, it’s most likely the disease known as the human condition. Next question: “Is there anyone here who has never experienced impostor syndrome?” A brave woman raised her hand. You could smell the famous quote from When Harry Met Sally flash through the collective mind: “I’ll have what she has.”

The point has been made. We have called natural and reasonable self-doubt “impostor syndrome” when it is simply part of a healthy professional life. But there’s something about sharing those insecurities that gives us — and women in particular — a sense of community. And, perhaps more importantly, these concepts of self-blame also offer some sort of explanation. Why do these statistics persist, like the one that more men named Dave or Steve than women become CEOs? Why, in the Conservative leadership election in the UK, is the population of Conservative members eligible to vote at 63% male?

In many countries we are decades into universal suffrage, education and literacy, and yet so much data illustrates our desperation to cling to strange medieval gender attitudes that are reflected in society and, above all, , wherever there is power, status and money. The allure of attributing this to impostor syndrome reminds me of Oprah Winfrey’s quote: “There is no discrimination against excellence.” It’s the take of the 1990s. That if you feel attacked and oppressed, you have no one to blame but yourself. Be more confident! Be more excellent! Stick it to the man!

But I hear more and more women privately complaining that they are tired of bettering themselves and being told they need to learn how to negotiate or change themselves to function better in a given environment. One gets the impression that such self-development initiatives, often well-intentioned and successful, are almost a form of “trolling” for women. There’s a backlash to impostor syndrome and all it stands for and that can be summed up by the title of Laura Bates’ new book, Fix the system, not the women.

Bates, the founder of the Everyday Sexism Project, is a brilliant thinker and activist. In this book, she takes an in-depth look at the changes that need to be made in education, politics, media, criminal justice and policing. It’s a strong case for the kind of built-in institutional bias that is nearly impossible to fight as an individual. (For example: the man who threw his ex-wife into a car and, after an assault conviction, was ordered to pay his ex £150 in compensation for her injuries and £810 to the owner of the dented BMW.)

The findings echo Caroline Criado-Perez’s research in Invisible women where she lists the parts of life designed for the “average man”: crash test dummies, driver controls on vehicles of all kinds, voice recognition systems. Even smartphones are designed with the male hand in mind. All the little ways women are designed to disappear. No wonder it can make you feel like an impostor in the world you live in.

But blaming the system and expecting it to change without any of us changing anything about ourselves is naïve. The fault lies neither exclusively with the system nor with women: it lies with all of us. Because we are all part of the system. At the end of the event where I was speaking, the woman with impostor syndrome zero came up to me and apologized, which I found unnecessary but made me love her more. She didn’t want to be arrogant. She just doesn’t blame herself when things go wrong. She just asks why and thinks about what to do next. Yes, we need data and arguments that challenge the system and point out its flaws. But we also need individuals on the inside who are focused on the solutions rather than on themselves and their own perceived failures.

How can the non-invasive prenatal test (NIPT)