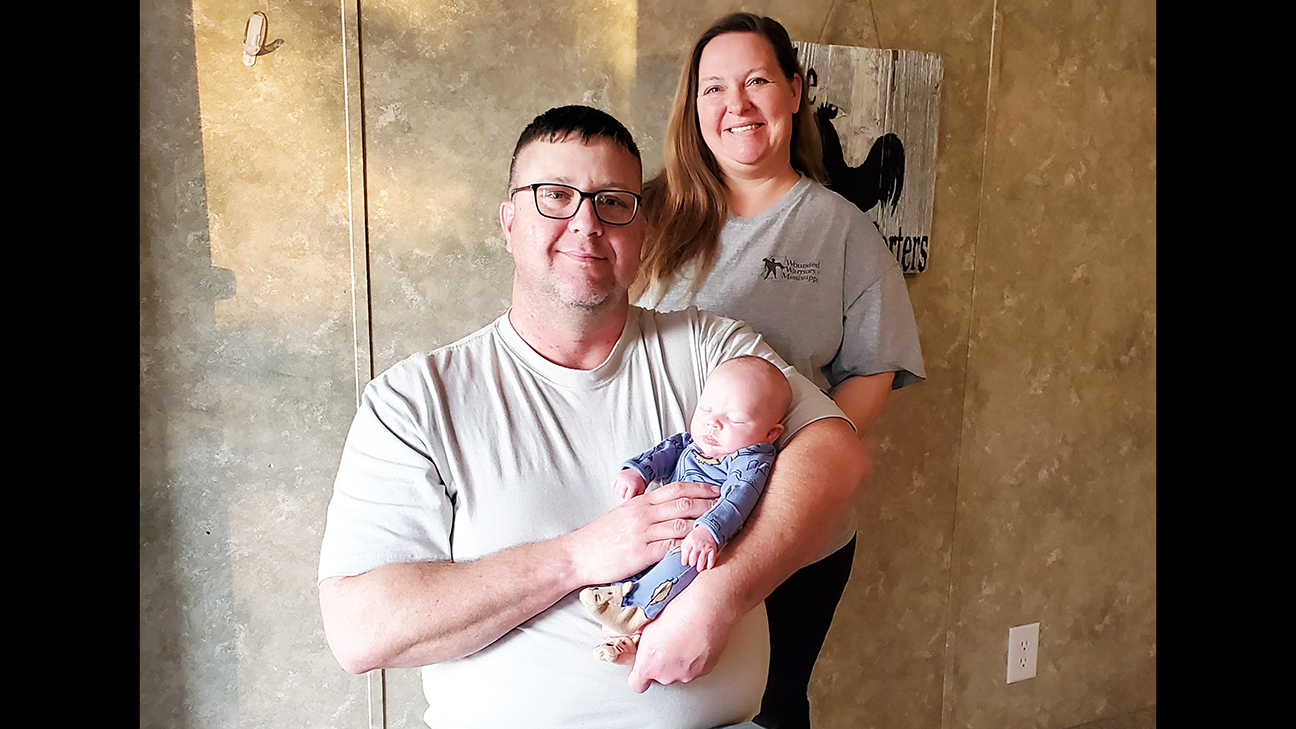 ‘Grateful for the things that could be, but aren’t’ – Constable/firefighter and wife welcome son home after month in NICU – Daily Leader

He will be a month old this weekend, but the homecoming of western Lincoln County resident Ross Porter was widely celebrated.

Her unique journey has been shared daily by her parents on social media since she was born in mid-January. Ross is the fifth child — all boys — of Lincoln County Constable and Brookhaven Firefighter Kelly Porter and his wife Beverly.

Mum Beverly had a blood test when she was 13and week of pregnancy to determine the sex of the baby. The results showed a 90% chance that their child had trisomy 21, the most common chromosomal abnormality in humans. A genetic disease caused by an extra chromosome, trisomy 21 is more commonly known as Down syndrome.

“I was sent to a fetal specialist and had to have high-grade ultrasounds,” Beverly said. “They found a possible heart defect – VSD, or a hole in the heart.”

Ventricular septal defect is a birth defect in which there is a hole between the two chambers of the heart. A heart specialist confirmed it, so the Porters knew it was something they would have to address at the right time.

They set a due date, but baby Ross decided to come four weeks early, his mother said.

“He was fine. He was just having trouble breathing, but his color was perfect and everything else was perfect,” she said. Because the baby showed no other hallmarks of Down syndrome aside from the blood test, Beverly said no one ever mentioned it to them as a real possibility. But his characteristics and a blood test confirmed that Ross had the abnormality.

“Down’s Syndrome isn’t a bad thing,” Dad Kelly said. “People just need to be aware that people with Down syndrome are no different, really – they’re wonderful, loving people who just need to be given a chance.”

Although Down syndrome and VSD both require special attention, the Porters were undeterred. On the contrary, they were greatly encouraged not only by prayers and support expressed “even by people we don’t know,” Kelly said, but by complications that were not present.

“Often babies with Down syndrome have very low muscle tone,” Kelly said. “But he was very strong, fighting the nurses and the doctor. Many are born with clogged bowels, but he didn’t have that. He has a heart problem, but we are grateful for his health.

The VSD causes pulmonary hypertension – too much oxygenated blood going to the lungs – which affected his breathing. In addition to needing high-flow oxygen most of his time in the NICU due to his lungs not being fully developed, Ross is on medication to address these issues now that he is home. House.

Once Ross reaches a weight of at least 20 pounds, he will need heart surgery to fix the hole between the chambers. Her cardiologist says there’s evidence the hole is already closing “on its own”.

“It’s a medium to large sized hole. The doctor said there were signs of tissue growth – he was trying to heal. We are still praying,” Kelly said. “That would be great.”

The Porters do a lot of research and talk with other parents of children with Down syndrome, learning what they need to do as mom and dad to help Ross in the best way possible.
“It’s not something we can’t handle with family and God helping us,” Kelly said. “He can have a very happy and productive life on his own, but he will need different kinds of interventions like physiotherapy and speech therapy. We are just studying and researching, trying to learn everything we can for him. help benefit.

Ross’ older brothers are happy to have him home and just see him as a little brother, his parents said.

“We are very optimistic. We are thrilled to have him home,” Kelly said. “We know that in time God will heal him, whether through surgery or ‘by himself.’ We’re so grateful for the things that could be, that aren’t.