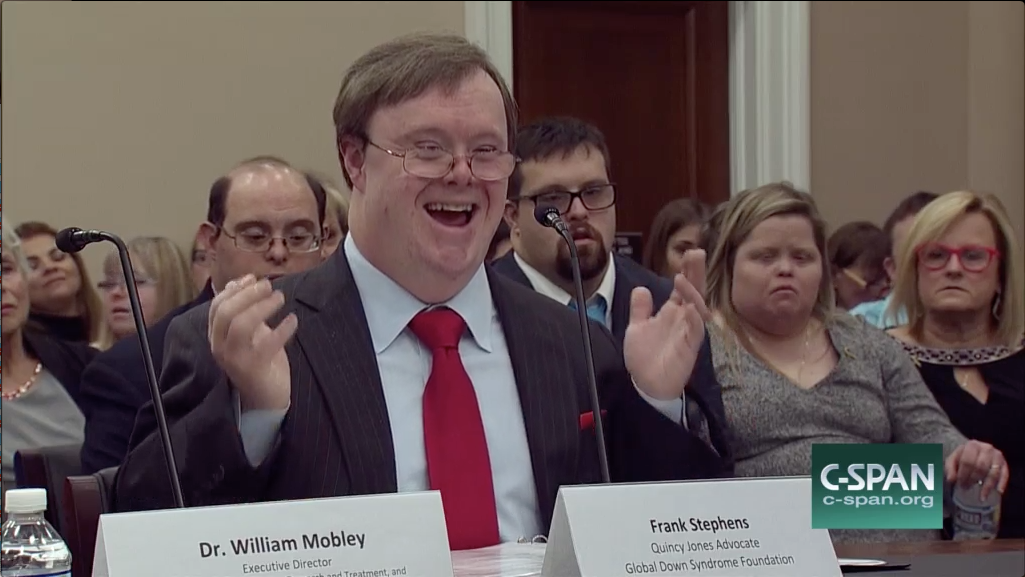 Global Self-Advocates and Congressional Champions are key to this victory

DENVER, CO, March 16, 2022 (GLOBE NEWSWIRE) — This week, on March 15, 2022, President Biden signed into law the $1.5 trillion omnibus federal spending bill for fiscal year 2022, which includes a $10 million increase in funding for Down syndrome research at the National Institutes of Health (NIH) above the previous year’s funding level. The bill passed the US House of Representatives and Senate the previous week. Total funding for FY22 is approximately $115 million.

This significant increase in Down syndrome research funding will specifically benefit the NIH’s INCLUDE (Investigating Co-Occurring Conditions Across the Lifespan to Understand Down Syndrome) initiative, which is led by the Office of the NIH Director and was launched with the help of Global Down Syndrome Foundation.

The Global Down Syndrome Foundation (GLOBAL) and our national network of self-advocates and family members have successfully advocated for the establishment of a trans-NIH Down syndrome research initiative within the budget of fiscal year 2018 and have secured funding increases for the initiative every year since its establishment.

The new funding provided by the Expenditure Act also includes a request from Congress for the NIH to make new investments in addressing racial and health disparities for African Americans with Down syndrome, Down syndrome in mosaic, dual diagnosis of autism and Down syndrome and metabolic dysregulation.

GLOBAL has led a multi-year international advocacy campaign to raise awareness among policy makers of the unprecedented scientific opportunities related to the presence of three copies of chromosome 21 (instead of two), which causes Down syndrome. This leads to a radically different disease spectrum for people with Down syndrome, as these individuals are predisposed or protected against the major diseases that are the cause of death for more than 50% of Americans.

Through GLOBAL’s leadership, a bipartisan, bicameral group in Congress included language in the fiscal year 2018 spending bill calling on the National Institutes of Health to launch a trans-NIH program led by the Office of the NIH Director. to harness the power of multiple institutes. to expand the science around Down syndrome and co-occurring conditions like cancer, diabetes and Alzheimer’s disease.

The INCLUDE initiative has been a resounding success, spearheaded by the Office of the NIH Director with support from NIH leaders Drs. Francis Collins, Lawrence Tabak, Diana Bianchi, Gary Gibbons and other institute directors such as Dr. Richard Hodes. The initiative has already led to significant breakthroughs in our understanding of immune system dysregulation, new studies focusing on the increased prevalence of Alzheimer’s disease in people with Down syndrome, and the creation of a center National Down Syndrome Data Coordinating Agency, improving the health and quality of life of people with Down Syndrome as well as the millions of people who do not have Down Syndrome.

About the World Down Syndrome Foundation

The Global Down Syndrome Foundation (GLOBAL) is the largest nonprofit organization in the United States working to save lives and dramatically improve health outcomes for people with Down syndrome. GLOBAL has donated more than $32 million to create the first Down Syndrome Research Institute that supports more than 400 scientists and over 2,000 Down Syndrome patients from 33 states and 10 countries. Working closely with Congress and the National Institutes of Health, GLOBAL is the leading advocacy organization in the United States for Down syndrome research and care. GLOBAL has over 120 organizations with Down syndrome worldwide and is part of a network of affiliates – the Crnic Institute for Down Syndrome, the Sie Center for Down Syndrome and the University of Colorado Alzheimer’s and Cognition Center – all on the Anschutz Medical Campus .

GLOBAL’s widely distributed medical publications include Global guidelines on medical care for adults with Down syndrome, Prenatal Screening and Down Syndrome Informationand the award-winning magazine Down Syndrome WorldMT. GLOBAL also organizes the Be Beautiful Be Yourself Fashion Show, the largest Down syndrome fundraiser in the world. Visit globaldownsyndrome.org and follow us on social media (Facebook & Twitter: @GDSFoundation, Instagram: @globaldownsyndrome).