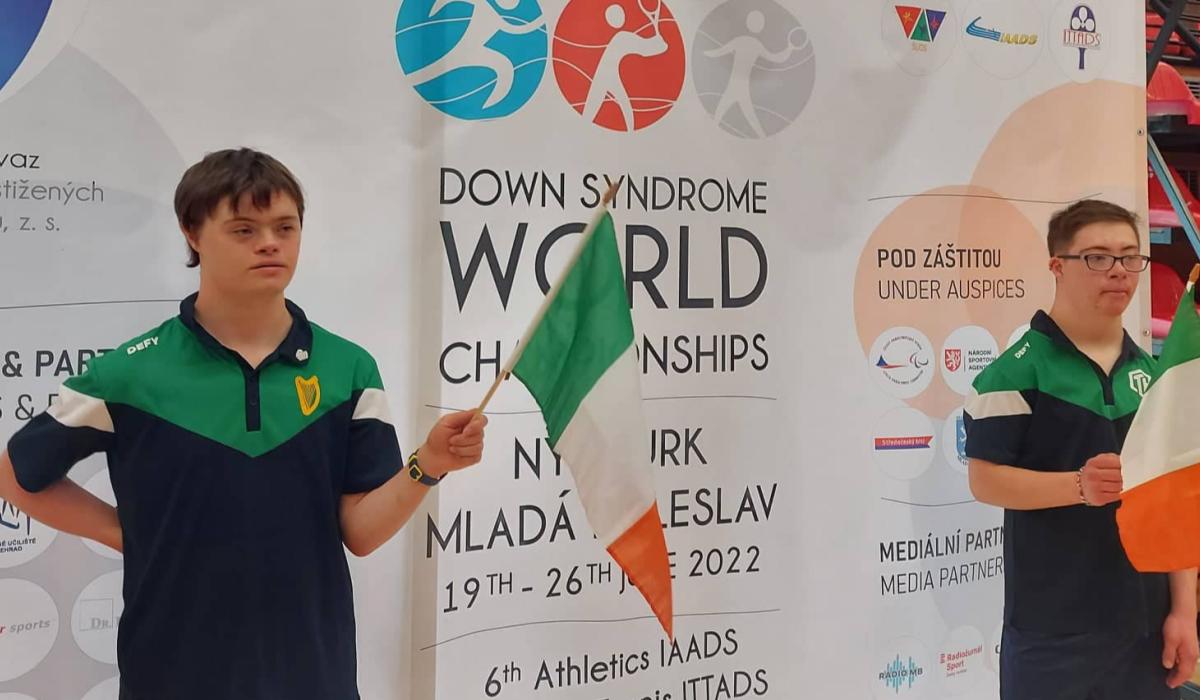 We Irish are passionate about sport, as sport plays a key role in the social and cultural life of our communities. This was evident in the support two men from the North East received while competing at the World Championships recently.

They had the privilege of running on the prestigious track at the Jan Železný stadium in Mladá Boleslav, which hosted athletes from 13 countries.

Of the duo, David was the most experienced in international competition, having previously competed in the games in 2021 in Ferrara, Italy. This made him a good companion and guide for Fergus.

Fergus is not only a national teammate to David, but a teammate as well, with the duo having bonded as part of the Louth/Meath Warrior Wolves team, a club set up to make the sport easier for athletes with Down syndrome. The club-supervised athletics events were held at the home of Glenmore.

Leaving to try his hand at international participation for the first time, Fergus was very positive and had David every step of the way to show him the ropes and support him.

Both athletes competed in the triathlon, individual 100m and 200m races. David then did the individual long jump for the first time at international level. The Irish athletes were in the Trisomy 21 category – the other eligibility category being Mosaic.

With a good number of athlete registrations, they had to be at the top of their game. The 100m Men’s Trisomy 21 had four runs. Qualification for the final was either by winning the heat or by being one of the next four fastest riders through the heats.

It was in his sleeve that Fergus Cosgrove finished 3rd and just missed out on the final. In the men’s 200m sprint with Down syndrome, he again missed the final by 1 second.

The main event in which these two athletes participated was the triathlon. This includes the 100m sprint, long jump and shot put. Each country may enter a maximum of three athletes in accordance with the IAADS Technical Rules and Regulations.

They both excelled, finishing 9th and 11th overall. This places Ireland as a top six country after having two athletes in the top 12. An absolutely brilliant achievement.