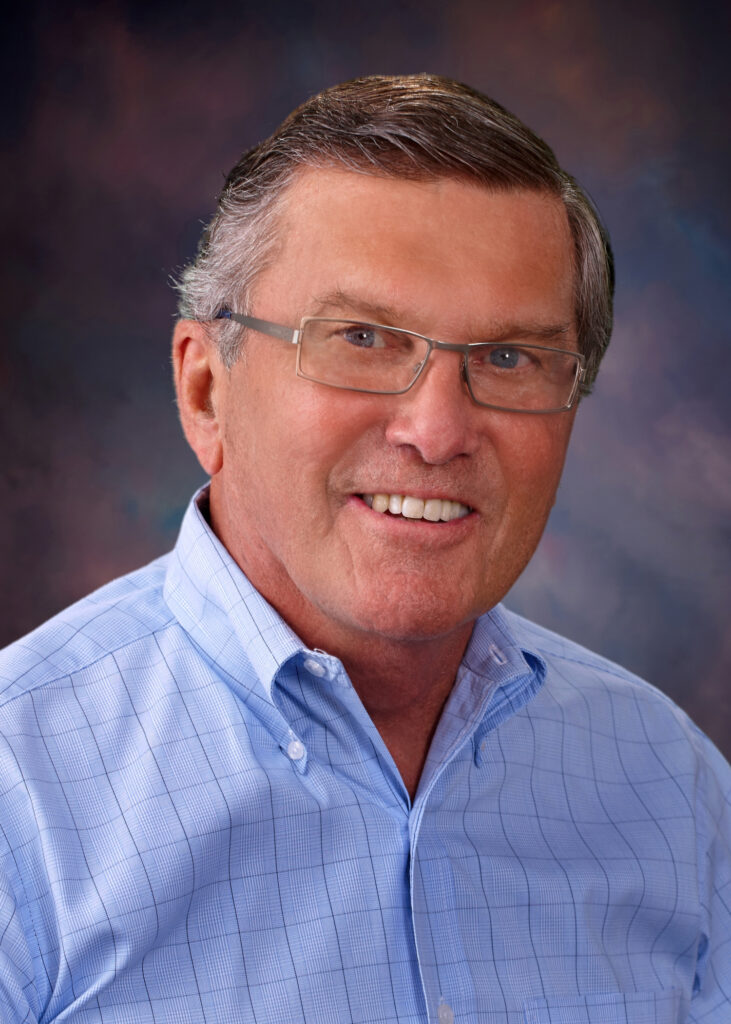 Celebrations of life are filled with good stories, laughter and tears, and Dr. Terry Hollenbeck’s celebration was no exception.

On August 31, friends and family, including Hollenbeck’s wife Beth, their children and grandson, came together to share their memories of Hollenbeck, who died August 2 at the age of 76.

Hollenbeck had battled multiple myeloma cancer since her diagnosis in 2013 and had been open and honest about her battle.

As a long-time contributor to the Press banner, Hollenbeck’s beloved weekly columns were filled with information on everything health-related, from the effects of alcohol to recognizing Down Syndrome Awareness Month. As Hollenbeck’s cancer progressed, his columns often reflected on the treatment he was undergoing, and his transparency about his disease won the hearts of his readers.

From 1983 to 1987, Hollenbeck worked at Doctors on Duty on Ocean Street, where he became their medical director in 1985. In 1987, he joined the Santa Cruz Medical Clinic and helped establish their first health care satellite clinic. emergency in Scotts Valley. This is where he practiced until his retirement in 2015 after serving some 100,000 patients.

He began writing for the journal in 2008, and by 2021 had published over 250 articles, including one titled “Introducing: Dr. Terry Hollenbeck” which was published in 2017.

In this submission, Hollenbeck recounted his early years, including how he became a doctor and how his faith led him to practice medicine out of the country as a medical missionary through the Christian Medical Society. He was posted to Honduras in Central America, serving first on the Miskito Coast before moving to a small coastal town called Cocobila.

“There I helped establish a clinic and train several women to become nurses to care for the local Miskito Indian population,” Hollenbeck wrote. Later in that same post, Hollenbeck wrote, “I appreciate the positive feedback I’ve received from so many of you and intend to continue this effort for as long as I can,” a a subtle nod to his cancer diagnosis. .

In 2016, Hollenbeck was honored by the San Lorenzo Valley Chamber of Commerce as Man of the Year, and his star power in the Valley has only grown from there. A Press banner A column from the same year in which he detailed the differences between hospice and palliative care was particularly helpful to so many in our community, but it also seemed like a harbinger of things to come for Hollenbeck.

Hollenbeck’s sister, Sue Zieche, told the story of her brother, who got a summer job as a cement truck driver after graduating from high school in Wisconsin.

“He would come home and say, ‘I did a practice run, and I can’t stop this truck!’ He said it was the scariest thing he had ever done in his life. But like he did with everything else, he persevered and after that experience he thought he could drive anything,” Zieche said.

“When my church held annual youth mission trips to the United States, Terry always joined us. Every four years we would go to Guatemala and build schools, and Terry was always interested in that,” Bill said. “After several years, our schedules finally aligned and he came with us to help us. He took another trip with a group of men who built bridges in Guatemala. He loved the camaraderie of these trips so much and he was always interested in how God was working through him.

Sue Zieche added: “Helping anyone was her passion.”

A little-known fact about Hollenbeck: He taught Sunday school for special-needs kids from eighth grade through high school.

“He loved them, they loved him and I think he lived his Christian values ​​throughout his life,” Sue said.

Lee May, who founded a number of Santa Cruz weeklies and eventually sold one of his publications to the Good time, also suffers from multiple myeloma, an incurable blood cancer that mainly affects the bones and the immune system. He was diagnosed two years before Hollenbeck.

“I can tell you that when you receive a diagnosis like this, it’s frightening and disorienting. Friends and relations find it difficult to know how to react and, frankly, the response is often well-meaning, but not good” May said. “People just don’t know what to say or how to react. Terry and I used to joke that our friends would often say ‘you look great’. We would often look at each other and say, ‘ You look great”, as a kind of joke.

Since there were no support groups in the area, Hollenbeck and May started their own. The meetings were first held in the basement of his church in Felton. Hollenbeck started each meeting by going around the room and asking everyone, patient or caregiver, “Tell us your story.

“Participants immediately realized that this was a safe space to express their trials and tribulations, their fears, their emotions and what they had learned about how to manage the disease and its treatments,” said said May. “As a result, I got more useful information from these meetings than I could ever find online. In fact, we shared some of what we learned with our doctors, educating them a bit about what relatively rare cancer, but not Terry.

“He published the news in his weekly column ‘The Valley Doctor’, in the Press banner. A newspaper sent to over 10,000 homes. In my opinion, it was an incredibly brave thing to do. And it was fortuitous for me. I was hungry for any resource to help me navigate my life. After all, the prognosis for survival at that time was 2-4 years. And this is Terry, this respected local doctor. What better resource to have.

Meggie Rhodeos of Boulder Creek was fortunate to know Hollenbeck as a family friend and doctor. When her husband James was sick and in excruciating pain, they went to Scotts Valley Urgent Care and saw Hollenbeck.

Prior to meeting Hollenbeck, James had undergone a failed spinal fusion procedure, and no doctor wanted to help him with his chronic discomfort; they accused him of researching drugs. It was later discovered that James had MRSA (methicillin resistant Staphylococcus aureus) and bone spurs.

“During this time, Terry met James as a person and really heard his concerns. Beyond that, Terry stepped out of his role as a doctor and prayed with James to let him know there was trouble. hope beyond this pain,” Rhodeos said. “It was just what was needed. No one could tell us what would happen in the future, but it was the peace Terry gave her that was so desperately needed and appreciated.

Even during his long illness, Hollenbeck’s friends and family noted how his relentless optimism, sense of humor, and deep faith kept him in good spirits. Each memory shared at the celebration of life shed a little more light on Hollenbeck, including a story from one of their Ben Lomond neighbors, John Park.

Park had tried planting bamboo along the fence of his property, but had trouble getting the bamboo to take hold.

“I saw Terry outside almost every day, and when he asked how I was doing, I shared my frustration with the bamboo that wasn’t taking,” Park said. “One day, I was walking on my property and I stepped on the end of the shovel, which threw the handle of the tool into my head. Bleeding, I went to emergency care and waited for the doctor on call. Terry walked into my treatment room, looked over at me, and said, “It’s not about that bamboo, is it?”

Beth said her husband was a “people person.”

“He loved life and surrounded himself with great company,” she said. “Terry was a curious person and always sought knowledge and worked to be his best, always learning and growing. He was such a fun partner, best friend and confidant. He was never a boring day with Terry Hollenbeck.

In January 2021, Hollenbeck filed its final report with the Press banner. He told then-reporter Katie Evans in reference to his cancer diagnosis: “Now that I’ve been through the mainstream treatments, we don’t know what lies ahead,” he said. “Hopefully we can find other treatments and move on.”

Beth said Hollenbeck loved her children and her grandson. It was this love that drove him to fight, she added.

“Because he didn’t want to leave his loved ones and he knew we didn’t want to be without him,” she said. “In the end, it was just God’s will to bring him home. He was so tired and he knew his time was approaching. We miss him a lot, but he is cured of his illness and that brings us some peace. We carry with us his lessons, his sense of humor and his integrity. He will always be with us.”

Hollenbeck’s advice will live on in perpetuity, first on valleydoctor.wordpress.com, where his weekly columns for the press banner are archived, and in his book “House Calls: Guidance on Common Medical Topics,” available at bit.ly/3CYMgzL. In lieu of flowers, consider making a donation in memory of Terry Hollenbeck to the University of California San Francisco Stephen and Nancy Grand Multiple Myeloma Translational Initiative. To make a gift, go makeagift.ucsf.edu/grandmmti, or send a donation payable to “UCSF Foundation” to UCSF Foundation, PO Box 45339, San Francisco, CA 94145. All donations are tax deductible.

Assistive technology in Down syndrome market explores new growth opportunities at a CAGR of 7.80% through 2029