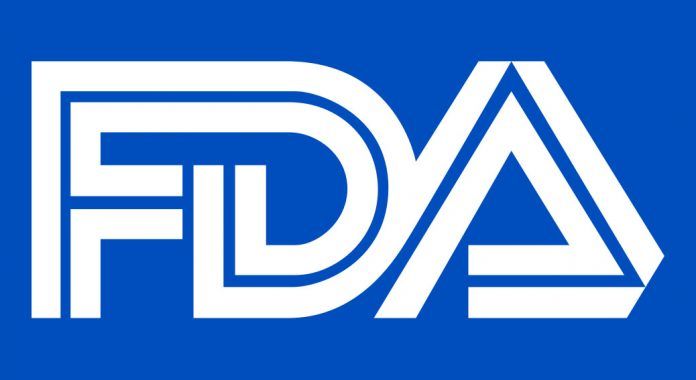 The FDA has approved Sotyktu (deucravacitinib) to treat adults with moderate to severe plaque psoriasis. Developed by Bristol Myers Squibb, Sotyktu is an allosteric oral tyrosine kinase 2 (TYK2) inhibitor. This is the first global approval of a TYK2 inhibitor.

The approval is based on the results of the pivotal phase 3 clinical trials POETYK PSO-1 and POETYK PSO-2. Trials demonstrated superior efficacy of Sotyktu once daily compared to placebo and Amgen’s Otezla (apremilast) twice daily in 1,684 patients aged 18 years and older with moderate to severe plaque psoriasis . Responses with Sotyktu persisted for 52 weeks.

The FDA has approved Mallinckrodt’s Terlivaz (terlipressin). Terlivaz is the first treatment approved to improve kidney function in patients with hepatorenal syndrome (HRS), a rare form of kidney dysfunction. An injection, Terlivaz is approved for adults who have rapidly declining kidney function, which is an acute and life-threatening condition requiring hospitalization.

Hepatorenal syndrome is characterized by a progressive deterioration of kidney function in people with advanced liver disease. This is more common in people with advanced cirrhosis and ascites, an abnormal buildup of fluid in the abdomen that is often linked to liver disease. The prognosis is very bad. Hepatorenal syndrome involving a rapid reduction in kidney function is estimated to affect between 30,000 and 40,000 Americans each year. The only cure is a liver transplant.

Opill is a progestin-only daily contraceptive pill, also called a mini-pill or a non-estrogen pill. Although progestin-only birth control pills may still increase your risk of blood clots and strokes, they are generally considered safer for some women, including those who smoke, have high blood pressure, or those at risk for blood clots.

HRA Pharma, a Perrigo company, submitted its application in July 2022.

The FDA has accepted Otsuka/Lundbeck New Drug Application (NDA) for aripiprazole for the treatment of schizophrenia in adults and for the maintenance monotherapy treatment of bipolar I disorder in adults. The FDA target date for completion of the review is April 27, 2023.

The therapy is a long-acting drug intended to be administered every two months by intramuscular injection. If approved, it will be available in 960 mg and 720 mg prefilled syringes. It will deliver sustained plasma concentrations similar to those demonstrated in studies with once-monthly long-acting injection aripiprazole. It is intended for populations in the form of Abilify Maintena (aripiprazole) once a month.

The FDA has accepted New Drug Application (NDA) from Acadia Pharmaceuticals for trofinetide to treat patients with Rett syndrome. The FDA granted priority review and assigned an action date to the Prescription Drug User Fee Act of March 12, 2023.

Rett syndrome is a neurodevelopmental disorder that primarily affects girls and is caused by X chromosome mutations in a gene called MECP2. Children experience normal early growth followed by a slowdown in development. Gradually, mental and physical symptoms appear, leading to a gradual loss of motor skills and the ability to communicate. The incidence in the United States is one in 10,000 girls.

The FDA accepts the BLA for an ultra-rare enzyme disorder.

The FDA has accepted the Biologics License Application (BLA) and granted priority review designation for velmanase alfa, an enzyme replacement therapy for alpha-mannosidosis, a rare genetic disease characterized by an inability to properly break down complex sugars in the cells of the body. It is caused by mutations in the MAN2B1 gene.

Developed by Chiesi Global Rare Diseases, a business unit of Chiesi Farmaceutici, velmanase alfa is a recombinant form of human alpha-mannosidase intended to complement the natural enzyme. The accumulation of sugars can affect many organs and systems, including the central nervous system. The effects of the disease vary and progress over time, and symptoms may include recurrent chest and ear infections, hearing loss, distinctive facial features, muscle weakness, skeletal and joint abnormalities, visual abnormalities or cognitive abnormalities. The prevalence of alpha-mannosidosis is estimated at 1 in 500,000 people.

The FDA has set an action date for the first half of 2023 under the Prescription Drug User Fee Act.

Clovis Oncology has submitted a supplemental new drug application (sNDA) to the FDA and a Type II variation to the European Medicines Agency (EMA) for approval of Rubraca (rucaparib) as first-line maintenance treatment for women patients with advanced ovarian cancer, regardless of biomarker status.

Submissions are based on positive data from the monotherapy analysis of the Phase 3 ATHENA trial. These data demonstrated that Rubraca as first-line maintenance therapy significantly improved investigator-assessed progression-free survival (PFS) compared to placebo in women with advanced ovarian cancer, regardless of biomarker status.