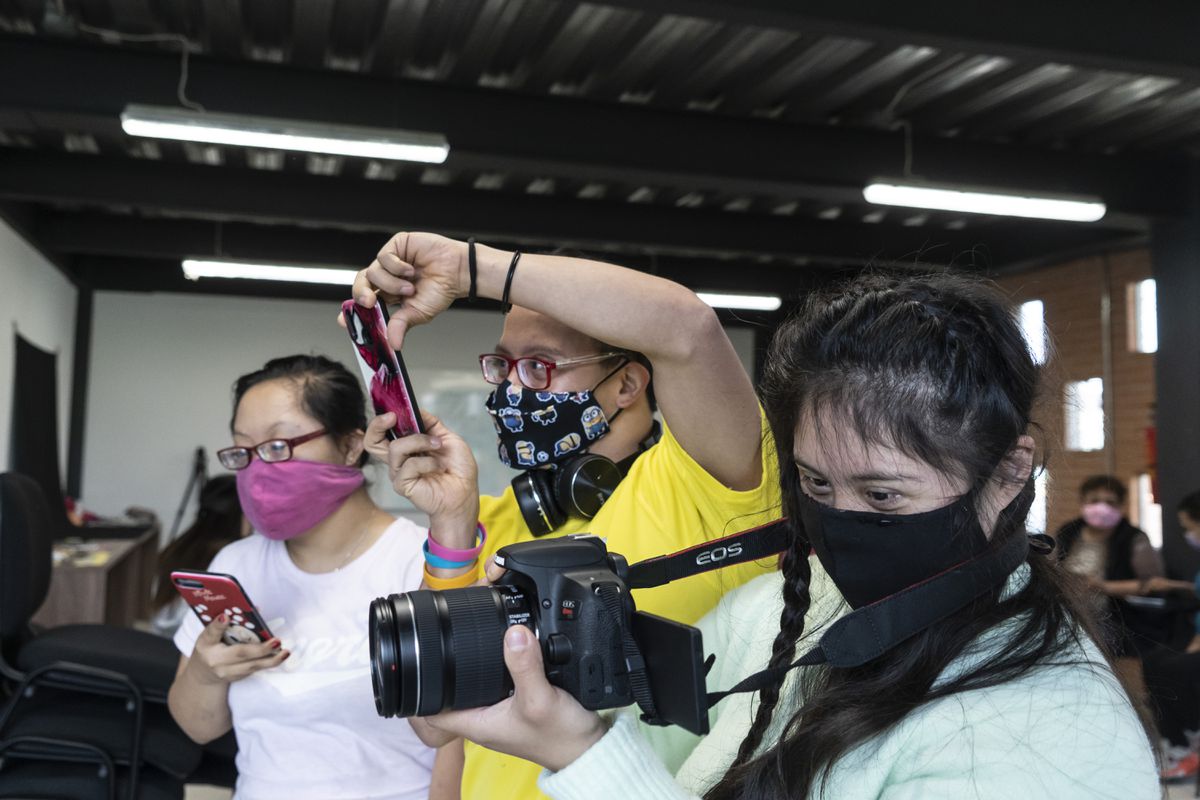 A group of European researchers with a notable Spanish presence discovered that a fundamental hormone for reproduction also improves cognition in people with Down syndrome. After discovering a series of deficiencies in the hormonal mechanism in mice with the same genetic alteration as humans, they injected them with a synthetic version of the hormone. The rodents improved on various cognitive tests. Then it was the turn of a small group of humans; with the same promising result. The authors, who published their research in Scienceand other experts urge caution, as their findings will need to be replicated in larger groups.

Gonadotropin-releasing hormone (GnRH) activates a complex mechanism in the brain, releasing two other hormones that act on the testicles and ovaries. Its levels skyrocket at puberty. Already in adulthood, the action of GnRH causes the production of testosterone and sperm in males of all mammals and after the maturation of the ovarian follicle and the production of eggs in females. In children born with an extra copy of chromosome 21 (another name for Down syndrome is Trisomy 21), the expression of this hormone is comparable to that of children without this genetic alteration. But everything changes when puberty arrives. Subsequently, adults with Down syndrome show a deficiency in the release of this hormone, which leads to infertility.

But does GnRH have other functions? For years it was suspected that the neurons that release it did more than regulate the reproductive system, but it was unclear what. One of those who have been trying to find out for several years is Vincent Prévot, director of the Laboratory of Development and Plasticity of the Endocrine Brain at the University of Lille (France). Three things in particular intrigued him, he wrote in an email: “First, that patients with Down syndrome are able to perceive smells during childhood, but lose them during adolescence. Of them; Cognitive abilities are fairly comparable between healthy and Down’s syndrome children, but cognitive decline accelerates after puberty. And three, that five genes that code for microRNAs reside on chromosome 21 [these are key RNAs in the control of gene expression] and among them four were known to be enriched in GnRH neurons”. Something happens when puberty comes with this hormone.

“Cognitive abilities are quite comparable between healthy children and those with Down syndrome, but cognitive decline accelerates after puberty”

To remove so many doubts, they also used mice with Down syndrome, in their case Trisomy 16 (rodents have a slightly different chromosomal configuration than humans). As in humans, at birth the pups did not show large differences in GnRH expression compared to another group of rodents without the extra chromosome. “But, when we examined GnRH expression during postnatal development, we found that not only did hormone expression decrease in young adult mice with Down syndrome, but also that in other mice, GnRH neurons sent projections to areas other than the hypothalamus involved in the control of reproduction, such as brain regions involved in cognition and memory, the cortex, and the hippocampus, respectively, and that these cortical projections had been lost in mice with Down syndrome,” says Prévot, co-lead author of the research.

The Spanish researcher María Manfredi is the first author of the study, which she conducted during her scholarship stay at the University of Lille. “Loss of smell with age, infertility and cognitive decline are all part of Down syndrome,” he says. “Prévot was convinced of the link with the GnRH hormone,” he adds. Manfredi and the rest of the team verified in mice that another population of GnRH neurons different from that in charge of reproduction carried their connections to other areas of the brain. Logic paved the way: using the hormone, of which there are synthetic versions on the market, to restore its levels in rodents. They placed a tiny pump that releases the molecule in pulses, just like the body does. “And we saw that the cognition of mice with Down syndrome improved,” explains the scientist, now from the University of Seville and the Institute of Biomedicine of Seville.

“For the first time, it has been demonstrated that [the hormone GnHR] has projections in the cerebral cortex and hippocampus, keys to several cognitive abilities”

Manuel Tena-Sempere, investigator from the University of Córdoba

Manuel Tena-Sempere supervised Manfredi’s thesis at the University of Cordoba and it was he who encouraged her to follow Prévot. “Yours is a world reference laboratory,” he says. Also co-author of the study, Tena-Sempere specifies: “GnRH is a very rare type of specialized neuron, with about 2,000. It is highly conserved in different species, with the same function in all mammals. It was suspected that he had another function. For the first time, it is shown to have projections in the cerebral cortex and hippocampus. By reversing the deficit of this hormone, cognitive improvement occurs. If it happens in mice, what happens in humans?

This is the last part of the investigation and the shortest, but perhaps the most promising. Having proven the cognitive function of GnRH and intellectual enhancement by balancing it in an animal model, the scientists took it a step further, they wanted to inject the hormone into people with Down syndrome. This part of the study was conducted by the neuroendocrine specialist of the University Hospital of Lausanne (Switzerland) Nelly Pitteloud, an expert in human GnRH neurons. It was not easy for them to recruit a group with trisomy 21. They had to be adults (when the hormonal alteration is more important) and men, because the release in women is more complicated and can affect their menstrual cycle and their fertility. They managed to recruit seven, who received GnRH pulses every two hours for six months.

“Together they improved their cognition by 30%.”

Six of the seven improved all the cognitive tests they were given: visuospatial function (ability to think in three dimensions), executive function, attention, episodic memory and verbal comprehension. As for the seventh, “we observed an improvement in certain cognitive abilities mainly driven by the improvement of visuo-spatial abilities, executive functions and attention”, specifies Pitteloud. Although it is not easy to express the improvement in numbers, the Swiss researcher maintains that “overall, they improved their cognition by 30%”.

Hanne Hoffmann is a scientist at Michigan State University (USA). Unrelated to the study, she also posted a commentary on her findings in Science . In Hoffmann’s laboratory, the main focus is on the release of hormones. Asked about the possible uses of this new therapy, she wrote in an email: “GnRH is already used to treat certain types of infertility. Based on the study results, pulsatile release of the hormone could be a new treatment for various types of cognitive disorders that may be associated with a functional reduction in GnRH, such as Alzheimer’s disease or Down syndrome. . age and “abnormal or reduced release of GnRH is often associated with mental decline with age, its administration could serve to delay deterioration,” he adds. But he concludes, “more research is needed to establish the impact of GnRH on cognitive enhancement.”

Mara Dierssen is a researcher in the neurobiology of Down syndrome at the Center for Genomic Regulation. He had the opportunity to read the research which highlights that “the authors convincingly show the involvement of GnRH in the functioning of brain regions related to learning and memory, such as the hippocampus”. But what he appreciates most about his work is “the imbalance the authors find in a complex network of microRNAs, which regulates the expression of GnRH and the maturation of GnRH neurons”. It seems to him very relevant that “regulatory elements, such as microRNAs, may play a role in the neuropathology of Down syndrome”. However, Dierssen is very careful when evaluating the results in humans: “The problem is that the clinical study was carried out on a very small group. There are several examples of very promising clinical trials to improve cognition in people with Down syndrome, which worked well when tested on a small number of individuals, but then failed when the number of participants increased.”

Assistive technology in Down syndrome market explores new growth opportunities at a CAGR of 7.80% through 2029