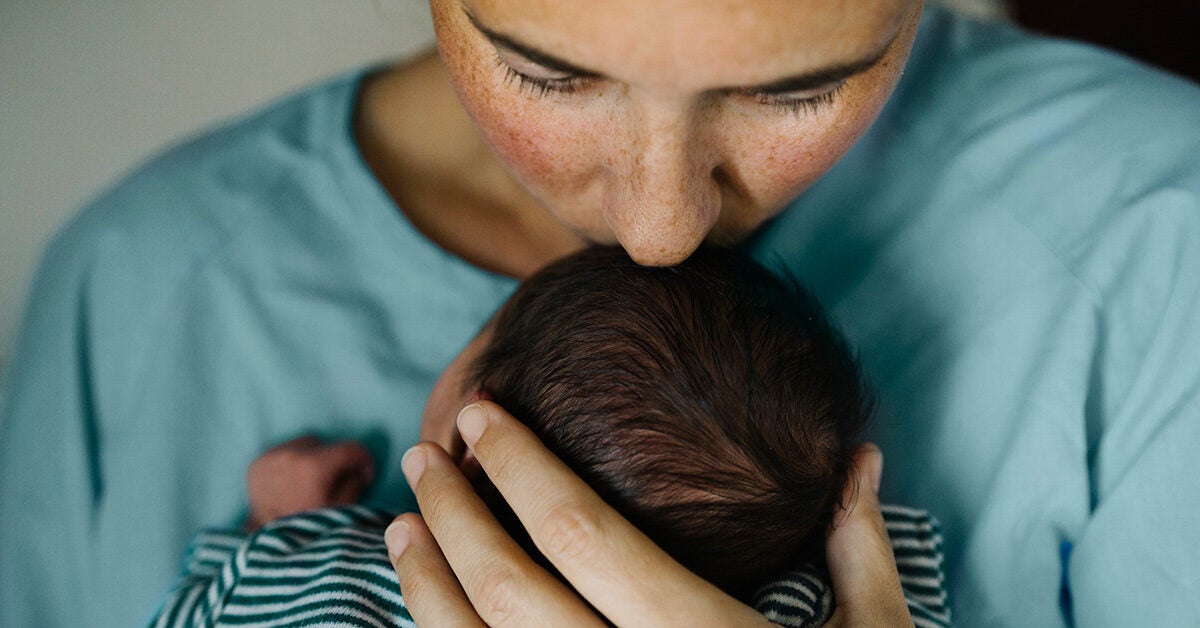 Did you know that your baby’s genetic makeup was determined at conception? From the moment the sperm met the egg, your little one’s genetic code, DNA, began to form. It is made up of 23 pairs of chromosomes. Sometimes, however, extra chromosomes end up in the mix and can result in what is called trisomy.

Edwards syndrome is also known as trisomy 18. This means that a person has an extra copy of chromosome number 18, which causes developmental problems. Learn more about the symptoms of this syndrome, its causes, and what you can expect after a diagnosis.

Trisomy 18 is a rare genetic disorder that affects approximately in the United States – about 1,187 babies each year.

In typical development, a baby receives 23 pairs of chromosomes from its parents at conception – 22 are called autosomes and 1 set is made up of sex chromosomes (X and/or Y, depending on the sex of the baby).

The word “trisomy” means three bodies. When there are three copies of the chromosome versus the usual two, it creates an imbalance. As a result, a baby may be born with certain structural changes, some of which may lead to miscarriage, stillbirth, or death after the baby is born.

Babies can be born with an extra copy of chromosome 18 in every cell in the body. This is called complete trisomy 18 and leads to more serious health problems.

Mosaic trisomy 18 occurs when only certain cells in the body contain the extra chromosome. About 5% of babies with trisomy 18 have the mosaic form. This usually leads to milder irregularities and longer life expectancy.

Partial trisomy 18 occurs when an extra copy of chromosome 18 attaches to another chromosome. Again, the severity of the syndrome tends to be associated with the total number of cells affected by the trisomy. Thus, a partial trisomy tends to have less severe effects and a longer life expectancy.

You may not notice anything different during your pregnancy if your baby has Edwards syndrome. In fact, you may only learn of your baby’s diagnosis after your doctor orders certain prenatal screening tests, such as:

Some families don’t find out about their child’s diagnosis until birth, when the following physical characteristics may include:

Other health issues may include:

Trisomy 18 is caused by any condition that leads to an extra copy of chromosome 18 in the body.

In most cases, this happens when the sperm meets the egg during conception. In one scenario, the reproductive material of either parent may divide spontaneously. In another case, trisomy can occur when cells divide after fertilization. Anyway, the extra chromosome occurs randomly.

Translocation is another possibility, which means that parts of chromosomes break off and attach to other chromosomes. This can occur randomly or through a “balanced” translocation, in which one parent has a set of chromosomes that are not typical but are balanced. When the chromosomes are balanced, they do not cause medical problems. After breeding, however, the genetic information passed on can cause trisomy.

Edwards syndrome can be diagnosed at some point during your pregnancy. You can be tested for cell-free DNA (cfDNA) any time after 10 weeks of pregnancy and until delivery. cfDNA is a simple blood test that screens for genetic conditions. A positive result from this test means that you will need further tests to confirm the results.

Other tests during pregnancy include:

Other times, trisomy 18 may not be diagnosed until your baby is born. Your child’s doctor can diagnose it based on:

Trisomy 18 is incurable. Since babies with this condition tend to have multiple health issues, you’ll work with a team of doctors to create a personalized treatment plan. In more severe cases, some families prioritize hospice or palliative care.

Treatments are more about putting a child at ease or correcting problems that affect a particular child. For example, surgery may be an option to treat things like:

As a child grows, they may need academic and physical support. Early intervention and special education programs can help fill these gaps.

You might be surprised to learn that there are very few risk factors for Edwards syndrome.

There may be an increased risk of having a baby with Down syndrome as you get older. While different reports show that mothers in their late teens and 20s can have children with Down syndrome, the average age is closer to 32.5.

In rare cases, trisomy 18 can be inherited from a biological parent (by balanced translocation). If you have already had a child with Down syndrome, your doctor may suggest that you have genetic testing to assess your chances of having another child with a similar condition.

The vast majority of the time, however, Edwards syndrome occurs by chance during conception when the sperm meets the egg.

It’s important to be prepared for all possibilities with a condition like trisomy 18. Researchers share that nearly half of all babies born with Edwards syndrome who survive delivery may not live beyond the first week of life.

That said, the severity of the syndrome depends on the type (complete, mosaic, partial, etc.) and the effects it has on your child. All children are different and therefore all perspectives will be unique.

Among children born with Edwards syndrome, nearly 50% will not survive beyond the first week of life. However, about 10% will reach their first birthday, and some may live into adolescence or even adulthood, but they will need medical support or therapies, including:

Although you may worry about your child and their long-term prospects, try to take it day by day. And don’t forget yourself or your own sanity in the process.

There is support for families with children with Edwards Syndrome. Consider contacting the Trisomy 18 Foundation or the Support Organization for Trisomy 13, 18 and Related Disorders (SOFT). Your doctor may also be able to help connect you with a local group for support and other resources.