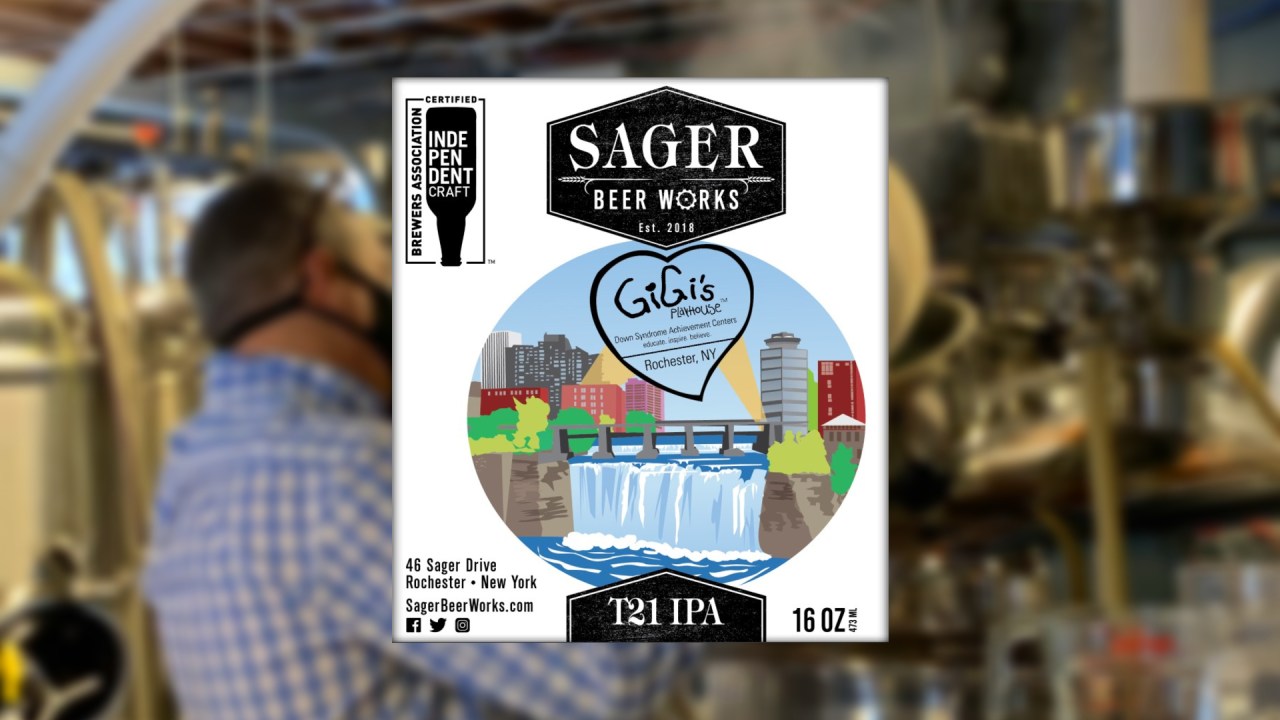 ROCHESTER, NY (WROC) – For the second year in a row, Sager Beer Works and GiGi’s Playhouse are teaming up to launch their collaborative beer, a beer called “T21 IPA.” They are bringing the beer back after it sold out last year. You can pre-order the beer here.

The beer is the result of an effort to honor GiGi’s Playhouse and World Down Syndrome Day, which takes place on March 21. This year, the beer will be released on March 18, and 100% of the proceeds will go to GiGi’s Playhouse. The beer is a version of Sager Beer Work’s famous “This Is My Jam”.

“This recipe is specific to Down Syndrome because it represents T21,” said Chris Tumminelli of GiGi’s Playhouse, in a video sent to News 8. His twin, Don, owns Sager Beer Works. “Paul (Sager’s head brewer) took three types of grain: malt, oats and he took wheat. And he put them together to represent ‘the three’. Then he took two types of hops, Mosaic and Citra, and these two types of hops represent ‘both’. Then ‘the one’ represents the only yeast that is going to go into this amazing T21 IPA.”

GiGi’s Playhouse is a national non-profit organization that provides free services to people with Down syndrome, ranging from social-emotional programming to academics to motor skill enhancement. Chris has worked with GiGi for years, but his connection is also personal.

“My son, Landon, the best thing in the world, has Down Syndrome…He’s my inspiration and motivation to keep (GiGi) running…So they can get into programs, 100 % free.”