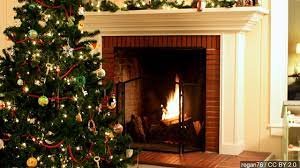 COLORADO SPRINGS, Colo. (KRDO) – Southerners are invited to kick off the holidays December 4-5 at the Ent Center for the Arts with “Christmas This Year,” a heartwarming performance that showcases the special abilities of community members while supporting organizations that serve families of children with Down’s Syndrome.

The event marks its seventh anniversary and its third production at the Ent Center with two matinees and an evening performance this year. Tickets for the family-friendly variety show, which is hosted by local artist Jared Anderson, are now on sale at UCCSPresents: “Christmas This Year”.

Started by Jared and Megan Anderson with Friends of Club 21 – a nonprofit named after the genetic disease of Down’s syndrome, also known as Down’s syndrome – the event exists as a fundraiser for Club 21, a unique school created in South Africa for children with Down syndrome. Seven years later, production of “Christmas This Year” continues to grow with a cast now made up of children and adults with local special abilities and the entire Anderson family, while proceeds from tickets support the 21 Club and the local non-profit association Friends of Club 21.

“It was my absolute honor to be involved in this show,” says Anderson. “The innocence and joy that emanate from these performances is what sets me up for Christmas.”

The “Christmas this year” performances are scheduled at 2 pm and 6 pm on Friday December 4 and 2 pm on Saturday December 5.