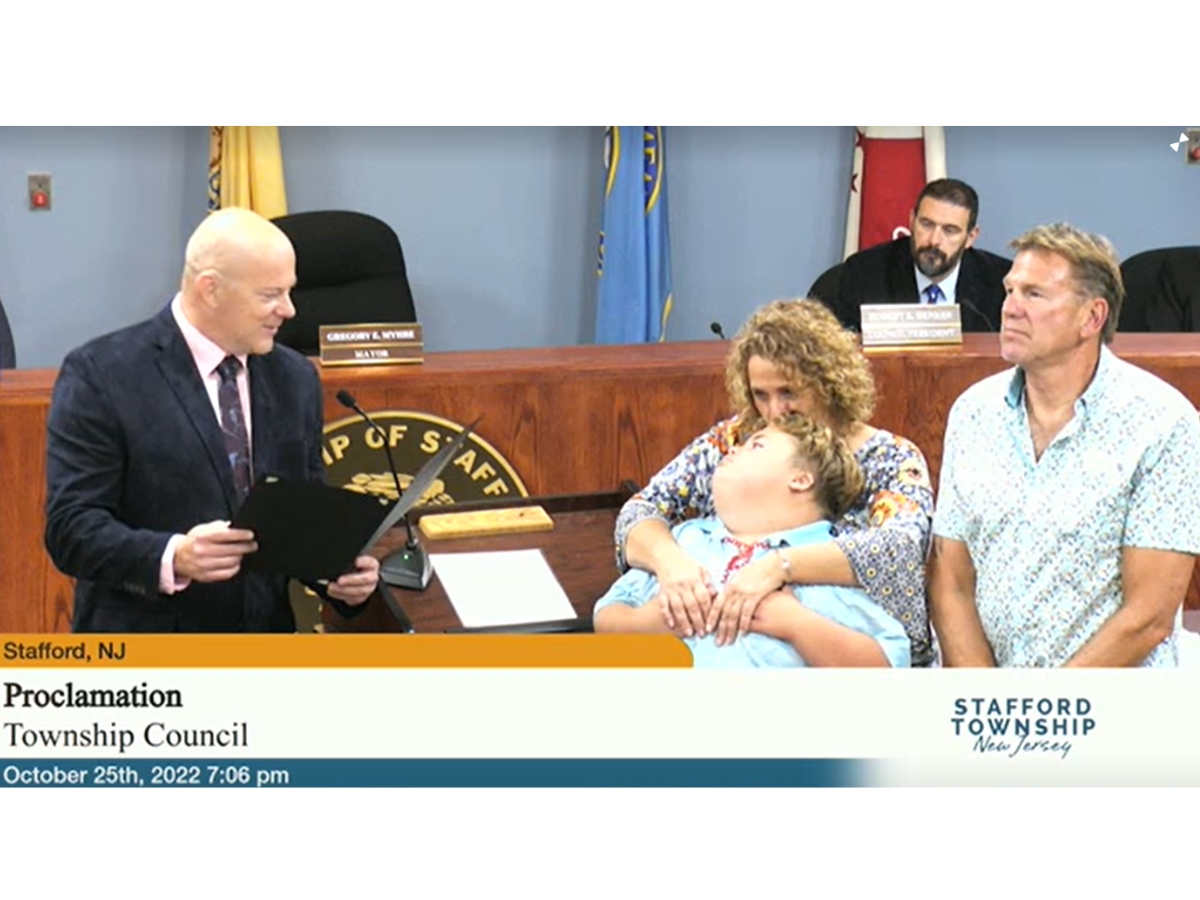 STAFFORD, NJ – Stafford Township Council has honored resident Jacob White and his parents with a proclamation naming October “Down Syndrome Awareness Month” in the township.

Mayor Greg Myhre read the proclamation at a recent council meeting, sharing facts and information about Down syndrome.

Down syndrome, also known as trisomy 21, is a condition where a person has an extra chromosome, according to centers for disease control and prevention. It occurs in about 1 in 600 babies, according to the CDC.

“Down syndrome affects people of all ages, races and economic levels and is the most common chromosomal abnormality,” Myhre said.

The proclamation also called for a better understanding of the condition.

White proudly bowed several times when presented with the proclamation.

Her father thanked Myhre and the Council for the proclamation.

“We ask that our loved ones be treated with kindness, patience, dignity and respect,” he said. “We ask that you see each person first, the diagnosis second. And we ask that they be accepted and included without hesitation.”

The Bear Market Blues: A Diagnosis for Our Time