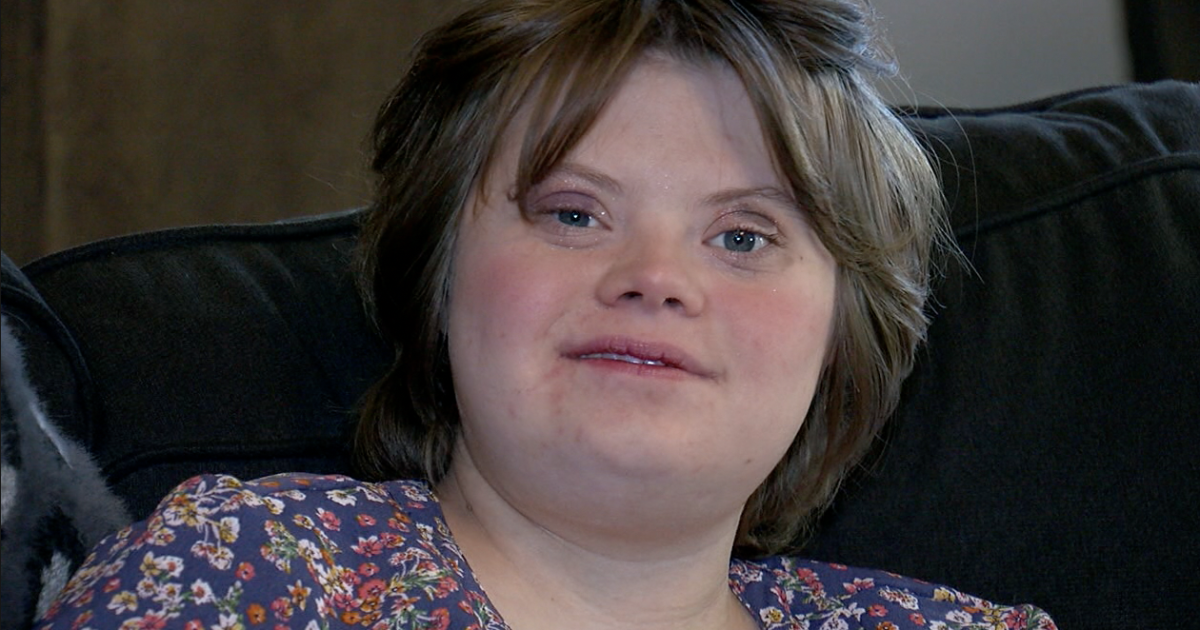 BIXBY, Okla. — Taylor Paul, 20, was diagnosed with Down syndrome after birth.

Taylor’s mother, Erin Parks, says her daughter has always been outgoing and outgoing.

Taylor’s family began noticing slight changes in 2017, after which Taylor was hospitalized with pneumonia.

When she came home from the hospital, Parks says her daughter “was a different kid.”

“What was most difficult for us was that she was regressing in all of those skills to the point where she stopped eating,” Parks said.

“She couldn’t even lift a fork. We had to feed her.

Parks says it was a gradual process, but Taylor began to lose motor skills like her ability to feed herself and speak.

They started doing a series of tests, seeing doctors and trying to figure out what was wrong.

Taylor is graduating from Jenks High School in 2020, and her mother says the last few years of her high school career were difficult as she dealt with the loss of her motor skills.

After losing 30 pounds because she couldn’t eat, Taylor and her mother spent dozens of days in an Oklahoma City hospital from August to November 2020 trying to figure out what was wrong.

“Eating is what really signaled, when you’re not eating your favorite fries and Reese’s peanut butter cups, that it’s not a good situation,” Parks said.

“That’s why the process is grueling with insurance, referrals and wait times.”

In the spring of 2021, Taylor was officially diagnosed with Down syndrome disintegrative disorder.

It is a developmental regression in children with Down syndrome, where children lose adaptive, cognitive and social functioning.

The disorder has often been misdiagnosed as dementia praecox.

“If I can let a family know this is something they can relate to,” Parks said.

After getting the correct diagnosis, Taylor started IVIG, an immunotherapy treatment, as well as ECT, electroconvulsive therapy.

“ECT is very controversial. But when you have no quality of life and your child is unable to function or feed himself and you haven’t heard from him in several months and he was talking before, behavior is a form of communication. She was telling me something,” Parks said.

She says that after research, discussions with doctors and prayers, they decided to opt for ECT treatments, which Parks says has dramatically improved her daughter’s life.

“Since then, literally at this time, she speaks more. She does the horse riding.

Parks says that since Taylor’s treatments, she’s more like herself, taking part in Adult Pathways classes and even acting as a teacup in the Penguin Project.

“So many people were praying for her, and I’m grateful every day that we were able to find something,” Parks said.

“We can’t go back and change anything that happened on our journey, but moving forward if we can help another family, I feel like it’s is perhaps the reason why God took us through this journey.”

Parks says their current doctor is retiring, so they’re working to find another doctor in Tulsa who can do the ECT treatments. It’s been about 7 weeks since Taylor’s had one and they’ve seen a slight regression. The family says it’s a continuous journey.

Stay connected with us anytime, anywhere —

Buffalo Strong: What is Down Syndrome?