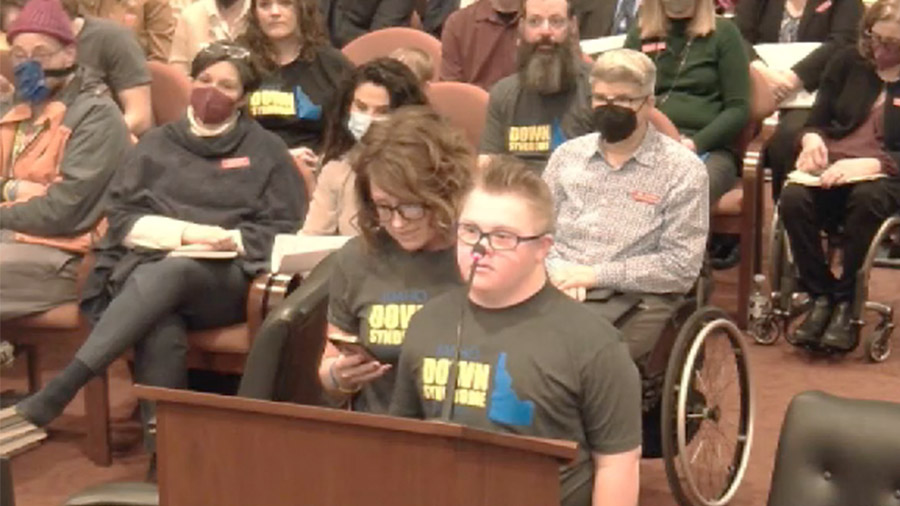 Bill aims to change perception of Down syndrome in Idaho

BOISE — The Idaho Down Syndrome Council hopes the proposed legislation will change the way Down syndrome is viewed in Idaho.

Sponsored by Sen. Fred Martin, R-Boise, the Down Syndrome Diagnosis Information Act would require medical professionals to provide written information about Down syndrome, resources and support groups to parents receiving a prenatal or postnatal diagnosis of Down Syndrome. Down syndrome.

“Research shows that a parent’s experience of being diagnosed with Down syndrome for their baby is very impactful,” said Mary Murray, president of the Idaho Down Syndrome Council. “Often the memory of fear or hope stays with a parent for life.”

Murray, of Idaho Falls, a parent of a child with Down syndrome, was one of many to address the Senate Health and Welfare Committee. The committee unanimously sent the bill to the Senate with a recommendation to pass Monday.

The bill comes after two years of work by the IDSC and a survey of approximately 70 families who have been diagnosed with Down syndrome. According to the IDSC, the survey shows that 68% of families in Idaho had negative experiences when receiving Down syndrome diagnoses.

“Too many Idahoans began their journey with Down syndrome feeling terrified and isolated because they weren’t given accurate information and resources at the time of diagnosis,” Murray said. “We want to create a culture of optimism and support by providing information and assistance when delivering a diagnosis.”

Several parents testified that when they learned of a prenatal diagnosis of Down syndrome, they received information primarily about abortion, rather than other options. Many parents shared that they were confused about the options available to them.

“No parent should have to hear ‘I’m sorry’ when they expect joy in life,” said one mum. “And no one should be offered an abortion as the only way out.”

Patrick Mangan, a sophomore at Idaho Falls High School, has Down syndrome and has also spoken to lawmakers. Patrick described how he has lots of friends and likes to ride his bike. Patrick said he aspires to graduate from high school, go to college, and earn his own money one day.

“My family and friends hope my dreams will come true because they know I can do it,” Patrick said.

It’s stories like Patrick’s that Murray says can give people hope and they want people to see that with Down syndrome.

The IDSC has already written material and information that gives parents a full picture of Down syndrome and connects them to support. Murry told EastIdahoNews.com that the IDSC stands with the medical community and recognizes that many providers lack the correct information needed to provide hope to those who receive a diagnosis.