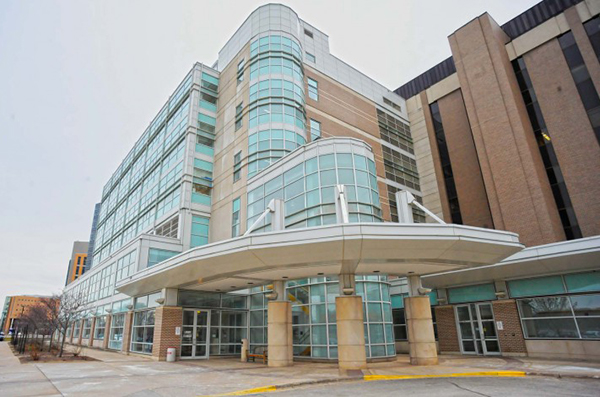 Researchers at the University of Wisconsin-Madison Waisman Center are creating a new approach to study how changes in brain development in the womb cause intellectual disability in people with Down syndrome.

Their efforts, funded by an $ 11 million transformative research grant from the National Institutes of Health, could also reveal how brain development in people with Down syndrome differs from that in normally developing people, identifying characteristics who will help understand their intellectual disability and find potential targets for therapy. They will also address unanswered questions about brain development in general.

Bhattacharyya, his colleague at Waisman and professor of neuroscience and neurology at the UW School of Medicine and Public Health Su-Chun Zhang, and other collaborators at Waisman and the University of Washington-Seattle and the Hospital for children of Seattle, will develop a research model based on human-induced pluripotent stem cells (iPSC). Researchers say current animal models used to study the syndrome do not mimic the disorder well.

Waisman Center researchers Daifeng Wang, Anita Bhattacharyya, Su-Chun Zhang, and André Sousa are leading a new effort funded by an $ 11 million NIH grant to develop a model of brain development in Down syndrome that relies on stem cells. Courtesy of the Waisman Center

Human-induced pluripotent stem cells come from adult skin or blood cells that are reprogrammed to become virtually any other type of cell, like neurons, a type of brain cell. Using iPSCs from people with Down syndrome, researchers can turn them into neurons in the cerebral cortex – part of the brain that makes humans, humans – and study which developmental pathways are disrupted.

Down syndrome, also known as trisomy 21, is caused by an extra – or third – copy of chromosome 21. It is the most common genetic cause of intellectual disability and affects approximately 6 million people worldwide. .

With limited ability to access prenatal brain tissue to study development, Bhattacharyya hopes to compare his stem cells directly to prenatal tissue, verify that iPSCs are a suitable model, and confidently move forward with them without the need for additional tissue.

Researchers plan to build an atlas of the prenatal cortex in Down syndrome. They will identify the specific types of neurons, synapses, and molecular pathways that are altered in Down syndrome, particularly during prenatal development and immediately after birth.

“The atlas will give us a roadmap of what goes on in prenatal brain development in Down syndrome,” says Bhattacharyya.

After determining these changes, they will use iPSCs derived from individuals with Down syndrome to determine whether the stem cells mimic the differences seen in the prenatal brain.

“The model is only good if it recaps or mimics what is really going on,” Bhattacharyya explains.

So far, early results show that iPSC-derived cells recapitulate some of the changes seen in the adult brains of people with Down syndrome, such as the types of neurons missing. These results give researchers confidence that their model will exhibit more of these characteristics.

“This is my dream project,” says Bhattacharyya, “and it took 15 years to make it happen because many things had to happen. First, we had to get the right people together to do this kind of project. “

The work will be carried out in collaboration with new researchers from the Waisman Center Daifeng Wang, professor of biostatistics and medical informatics and informatics, and André Sousa, professor of neurosciences. Sousa brings unique cell sequencing expertise to human brain development and Wang will bring valuable computer skills, Bhattacharyya said.

The five-year grant is part of NIH’s high-risk, high-return research program, which supports exceptionally innovative or unconventional research projects with the potential to advance their field.

The research is funded by grant 1R01HD106197-01 from the National Institute for Child Health and Human Development.

Physical symptoms, causes and how to deal with them