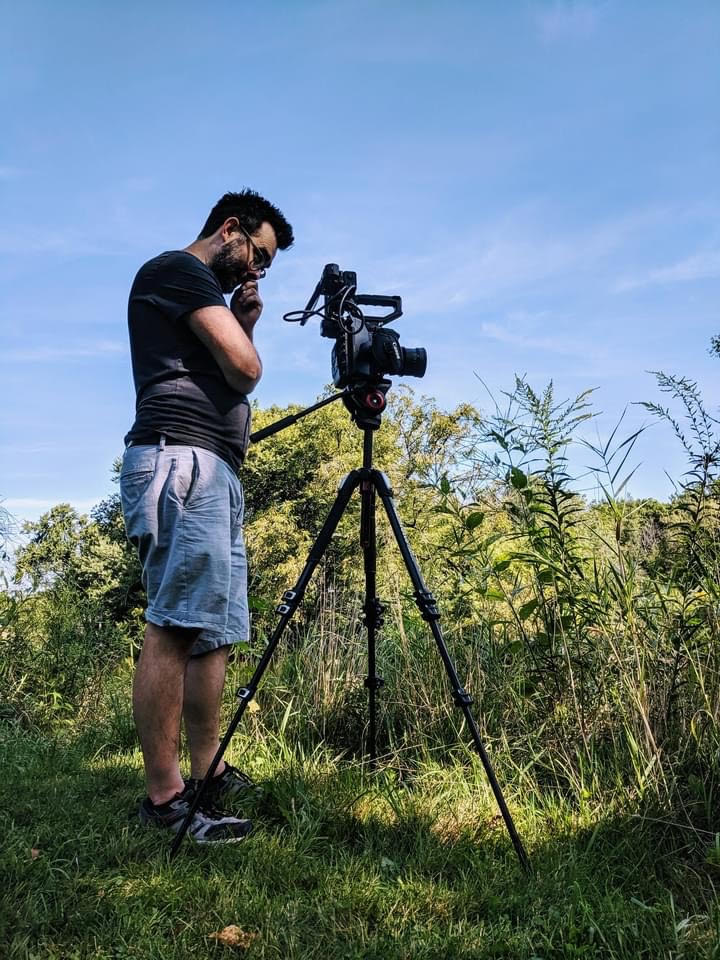 Sarah Potter, a former clinical professor in the Department of Speech Language Pathology, took over her late husband Scott Potter’s documentary, raising awareness of a rare childhood disease. Potter raised nearly $50,000 of the $100,000 goal to be able to produce the documentary.

“After my husband died, I started thinking about, you know, how I wanted to spend my time,” Potter said. “I really wanted to change careers and I started learning cinema and now I’m doing a documentary.”

To not have enough time

The way Kickstarter works is either the goal is met and they keep the money, or it is not and they receive no campaign funds.

“It’s not a result I’m happy with, this movie needs to be made and it’s not just for AFM (acute flaccid myelitis), which is obviously a very rare childhood disease,” Potter said. “Really, the movie is going to be about going through unexpected situations and having to struggle with coming to terms with current circumstances and how you can move forward with them.”

The opportunity to shed light on a rare disease

Scott wanted to help people be able to tell their stories. After a Benedictine University professor in the public health department reached out and told Scott that there was a story to tell with the AFM to raise awareness, he was all for it, Potter said.

“Acute flaccid myelitis (AFM) is a rare but serious neurological condition. It affects the nervous system, particularly the area of ​​the spinal cord called gray matter, which weakens the body’s muscles and reflexes,” according to the Centers for Disease Control and Prevention (CDC).

“She (Cami) is now seven years old, she got the AFM when she was two, so it’s been five years now and you can see in the video that she is now walking a bit and making a lot of progress,” said said Potter. The family has been very active in helping to advocate for both the AFM and the documentary ‘When The Lotus Blooms: A Story Of Acute Survival’.

“Creative isn’t even a good enough word,” Potter said. “I think he was the most creative person I’ve ever met.”

A story to tell stories

Scott worked at the Northern Star from around 2009 to around 2011, Potter said.

“He had a pretty regular pop culture type column that he wrote (at the Northern Star) that he really liked,” Potter said.

Scott had a funny, dry, sarcastic sense of humor where it was sometimes hard to tell whether he was joking or not and that showed up in some of his articles, Potter said.

After graduating from NIU, Scott became more involved and interested in film.

“One thing he was really proud of was working with an organization that allowed adults with Down syndrome to do plays and musical productions,” Potter said. “They actually made a Star Wars fan movie about people with Down syndrome and disabilities taking on the Empire.”

Scott was involved in other musical endeavors, played places in the DeKalb area, had an interest in circuit bending, and loved things that allowed him to be creative.

In July 2020 Scott died unexpectedly after battling pancreatitis and was in and out of hospital.

When Scott was in the hospital for the second time, Scott and Sarah talked about what they were going to do when he was released.

“He had always wanted to get a tattoo and I still didn’t take any chances and I was like I didn’t know…but at this point I was like life was too short let’s do this we should get tattooed after everything we’ve been through,” Potter said.

A month after Scott’s death, Sarah got a lotus flower tattoo.

“It’s just kind of a metaphor to me that even in really tough times and really dark places, something beautiful can come out of it despite the circumstances,” Potter said.

There is no set date for the release of the documentary at this time, but the goal for now is to film more in early summer and have it released by the end of 2022, said Potter.

“Grief and those kinds of topics still seem to be extremely taboo and not something that we deal with very well in our society…these are things that everyone can relate to,” Potter said. “We’re particularly looking at the lens through the families who are treating AFM as a rare disease diagnosis as well as my story of going through the loss of a spouse…I think that’s something everyone is going to be able to draw from. something of .”

Sarah Potter is teaming up with Treasures in Naperville, 121 South Washington Street, to host an event for kids in the local community that will include games, giveaways, a scavenger hunt, and a cosplay panel. The event will take place from 1:00 p.m. to 4:00 p.m. after the St. Patrick’s Day Parade, which Potter said they will also be part of. The parade is due to start at 10 a.m., according to Visit Naperville. A few children who have been affected by AFM will attend, Potter said.

Is the female brain superior?