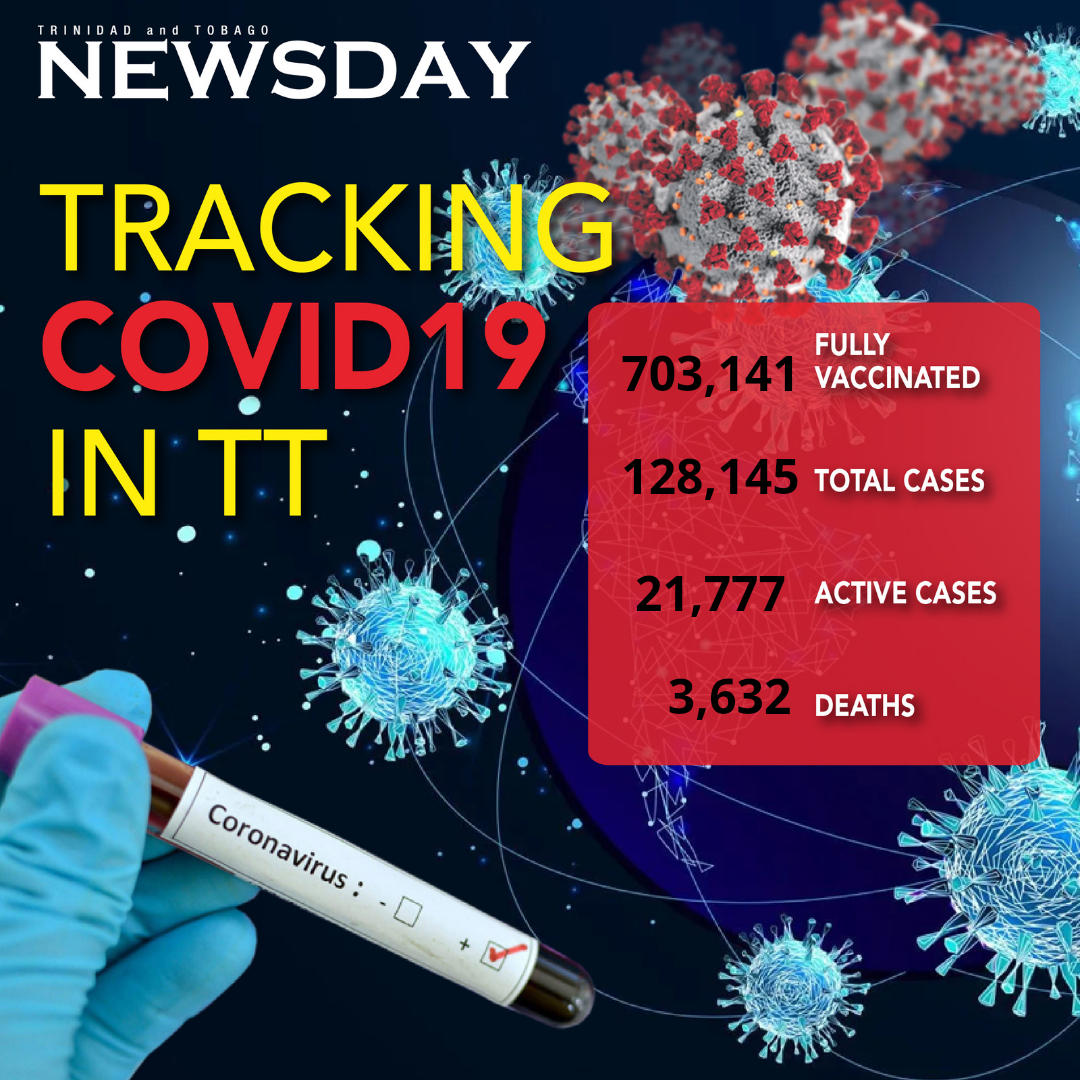 Four deaths from covid19 were recorded on Tuesday, continuing a trend of less than ten deaths per day.

A total of 3,632 people have died from covid19 since the start of the pandemic.

The number of cases reported from samples taken from Thursday to Monday was 378. The number of active cases is now 21,777.

The Ministry of Health’s covid19 update said the deceased were an elderly man, two middle-aged men and a young adult woman. He said two of those people had multiple comorbidities, including a mix of diabetes, a history of strokes, chronic kidney disease, psychiatric illness and trisomy 21 (Down’s syndrome). Two people each had a comorbidity.

There are 49 patients in declining facilities, none at Claxton Bay Correctional Institution, 16 at UWI Debe, one at UTT Valsayn, 25 at Point Fortin Area Hospital, 14 at field hospital in Port of Spain, none at the Couva Field Hospital, seven at the Tacarigua facility and none in Tobago.

There are 32 people in state quarantine facilities and 21,119 people in self-isolation at home. There are 399 community cases recovered and 23 people discharged from public health facilities.

The update says the total number of people vaccinated with their first dose of a two-dose regimen was 686,429.

A total of 136,158 people received an additional primary dose or a booster dose.